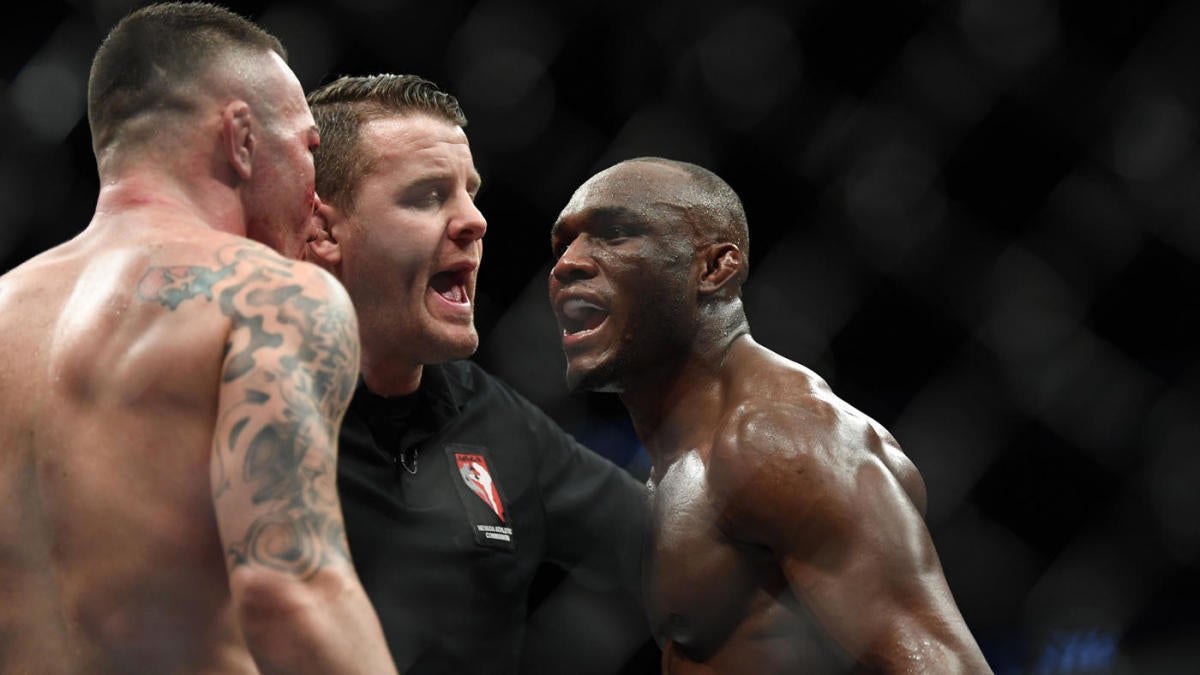 UFC 245 delivered on almost all fronts. There was a title change and two successful title defenses at T-Mobile Arena in Las Vegas, one of which felt like a Hollywood-style ending. Two former champions came up short in attempts to work back to title opportunities while their opponents climbed closer to a chance to win gold themselves.

All told, there was plenty to be excited about coming out of the event. And there’s plenty to think about over the next few days as we process everything that happened on the card and what it means in the big picture.

Let’s take a look at five important takeaways from the event.

1. Covington and Usman turned a cringe rivalry into a Fight of the Year contender: There are a lot of things you can say about Colby Covington and the character he has chosen to make central to his fighting career. Politics aside, Covington has decided to “play the heel” at almost every opportunity and that has produced more than a few moments of high cringe. Luckily, he had proven himself a top-tier welterweight on more than one occasion and the grudge match was grounded in sporting merits as the rivalry that got the press served as the focus of the promotional campaign for UFC 245.

There were many ways a fight between Covington and champion Kamaru Usman could have played out. Instead of a tiring grappling battle or recklessly swinging for the fences, the two fought a high-level battle that stirred emotion as much for the back-and-forth action as for hoping the heel would finally get what’s coming to him — although is there a better pro wrestling-style ending than the good guy scoring a last-second win and breaking the jaw of the big-talking bad guy?

What could have been a footnote in UFC history as an ugly fight with ugly promotional packaging instead turned into a fight that exposed the best of both men. Usman’s grit, patience, technique and raw power against Covington’s toughness, volume and pressure. While many of us want to take 10 minutes to sit down and hold our foot if we stub a toe, Covington thought he broke his jaw and fought two more rounds, getting smashed in the face by arguably the heaviest hitter at 170 pounds.

This was a special fight and both men came out the other side looking better for the efforts given.

2. Leg kicks are the great equalizer: Alexander Volkanovski won the featherweight championship from Max Holloway by following a near-perfect gameplan that started and ended with a vicious leg-kick attack. Volkanovski is built like a tank, but he entered the fight at a significant height disadvantage against a fighter in Holloway whose attack gets increasingly dangerous the more he is able to switch stances and find new angles to attack from.

By blasting away at Holloway’s lead leg, Volkanovski forced him to switch to a southpaw stance for rounds at a time. That removed a huge portion of Holloway’s attack and allowed Volkanovski to get into a better groove and feel more comfortable about the return fire coming his way.

Sometimes it’s the simplest strikes that make the biggest difference. In Volkanovski’s case, it came down to working the leg kick to open up opportunities while shutting them down for Holloway.

3. Wins aren’t always pretty, even for the GOAT: Amanda Nunes had already taken out Germaine de Randamie once in her career. But that feels like a lifetime ago, and far before she’d been crowned the greatest female mixed martial artist in history. Once a fighter gains that status, things can get dangerous in a hurry. Also, and perhaps more relevant to Nunes’ fight with de Randamie, expectations can get out of hand.

Nunes fought a smart fight, utilizing takedowns and top control to avoid de Randamie’s strengths and that didn’t always sit well with the Las Vegas crowd. But she also found herself in deep trouble on multiple occasions. A de Randamie upkick almost put her to sleep, some heavy knees and strikes on the feet had the champ on her heels and then there’s the triangle choke that almost ended Nunes’ title reign.

They can’t all be perfect first-round knockouts. Sometimes, you just have to gut out a win by fighting a smart fight. That’s what separates the all-time greats from being just another champion.

4. Sometimes, a picture is meaningless: We all saw the photo of Jose Aldo as his camp was winding down for his fight with Marlon Moraes. Aldo looked like a skeleton wearing a too-tight Jose Aldo costume. It led to — or, rather, increased — speculation Aldo’s decision to cut down to bantamweight from featherweight, where he’d often struggled to cut to the 145-pound limit, was a terrible idea. In fact, it seemed it might even be a dangerous one.

But the Aldo we saw in the cage at UFC 245 was an energetic pressure fighter who looked very good for all three rounds and survived some dangerous moments. Sure, he came up short in the end, losing to Moraes by split decision. But it seems there’s a future for Aldo at 135 pounds, no matter what popular opinion said up until the opening bell.

5. Yan gets a win in a no-win situation: Petr Yan was standing across the cage from one of the biggest names in UFC history and had very little to gain. Sure, a win over a legend like Urijah Faber looks nice on a resume, but he was expected to do exactly what he did: smash the 40-year-old former champ. These are tough spots for a fighter like Yan, who is basically treading water until he receives a bantamweight title shot. There was a ton to lose against Faber and not much of anything to gain other than another notch in the win column.