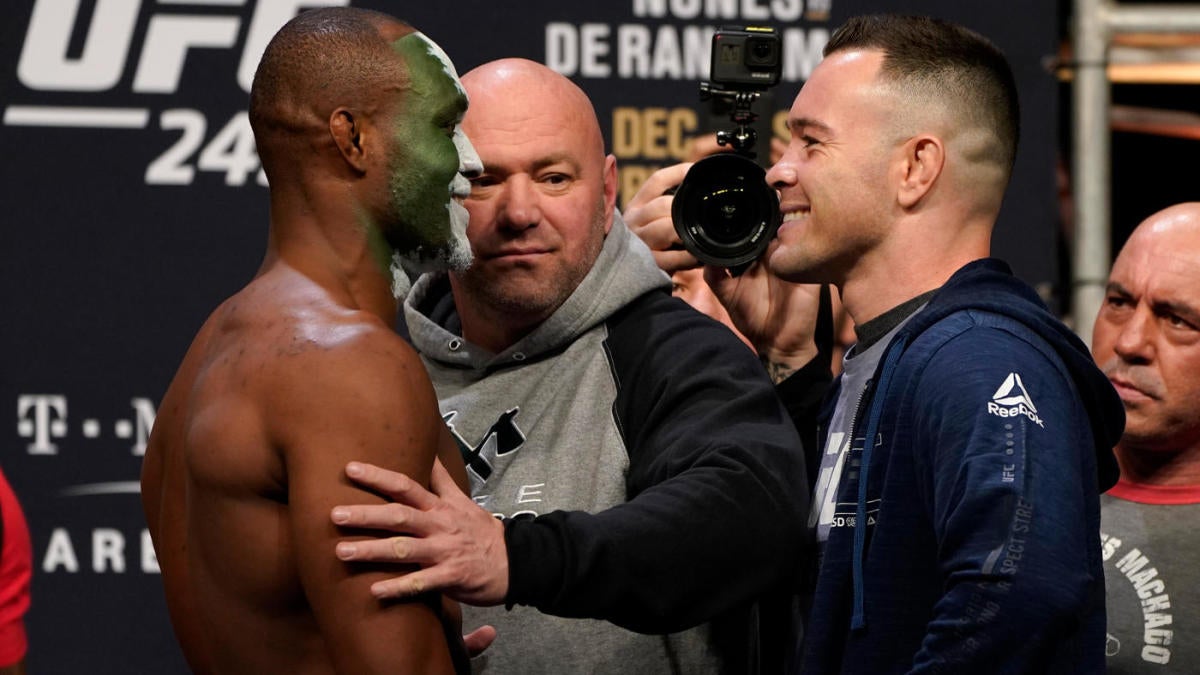 LAS VEGAS — It’s time to settle the score in the welterweight division. Welterweight champion Kamaru Usman and Colby Covington will battle it out for the 170-pound title on Saturday night in the main event of UFC 245 in a fight that has seen bad blood spilled on both sides in the near year and a half build up.

Usman enters this fight the champ after scoring a dominant decision win over Tyron Woodley for the belt in March while Covington comes in with a win over Robbie Lawler in which he set the record for most strikes in a fight. Also on this card are a pair of title fights including women’s bantamweight champ Amanda Nunes taking on Germaine de Randamie and featherweight champ Max Holloway battling Alexander Volkanovski.

CBS Sports will be with you for every punch, kick and submission attempt with our live blog below. If you are having trouble viewing the blog, please click here.