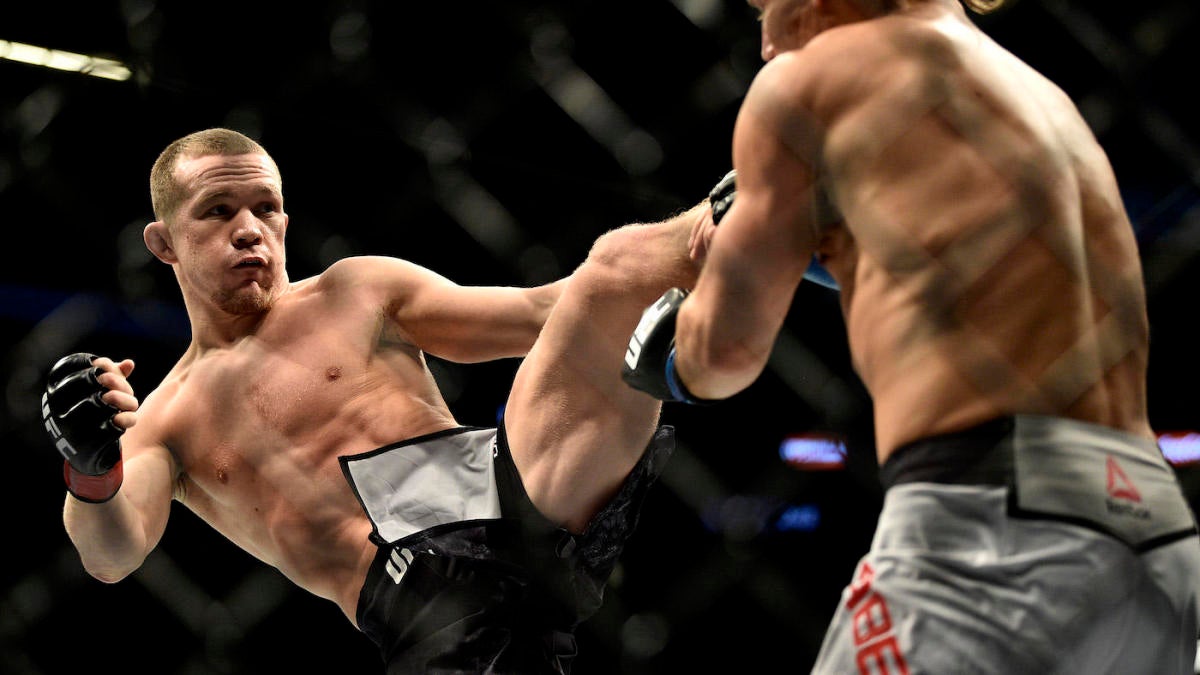 Urijah Faber’s career has long been defined by being one step away from once again holding championship gold, going 0-6 in title fights after losing his WEC featherweight championship in 2008. Facing Petr Yan, a man seemingly streaking toward a title shot of his own, Faber proved he may be out of his depth fighting the sport’s elite at age 40.

Yan showed stellar takedown defense in Round 1, the first sign Faber (35-11) would be in for a long night of work. Making things worse for the 40-year-old, Yan’s big success in the round was coming off the break from Faber’s takedown attempts and clinches. That isn’t to say Faber had no success early. His left hook was occasionally finding a home, wrapping around Yan’s guard.

Can’t get enough UFC? Subscribe to our podcast — State of Combat with Brian Campbell — where I break down everything you need to know in the Octagon.

Faber got deep on a single-leg takedown attempt in the middle of Round 2, but Yan (14-1) defended well. Yan followed up that takedown defense with a heavy right hand that put Faber down. Yan pounced on the downed Faber but couldn’t get a stoppage as he fired shots in. Faber worked back to his feet and landed his own stunning punch, but found himself knocked down again, this time by a straight left as Yan’s power began to take over the fight. Yan managed to put Faber on his back through a takedown, and the former WEC champ’s eye was cut and beginning to badly swell.

While Faber somehow survived the brutal punishment of the second round, Yan closed the show in Round 3. As the men broke from a clinch, Yan threw a quick left head kick, folding Faber to the canvas for the knockout at the 0:43 mark of the round.

With the win, Yan is now riding a nine-fight winning streak including a perfect 6-0 record in the UFC. A knockout of Faber may be the highlight-reel clip over a marquee name he needs to land himself in a bantamweight championship fight in 2020, and a fight with Henry Cejudo is exactly what he called for after his victory.

Faber, who retired three years ago and returned in July with a 46-second knockout win, lost a non-title fight for only the third time in his storied UFC career.