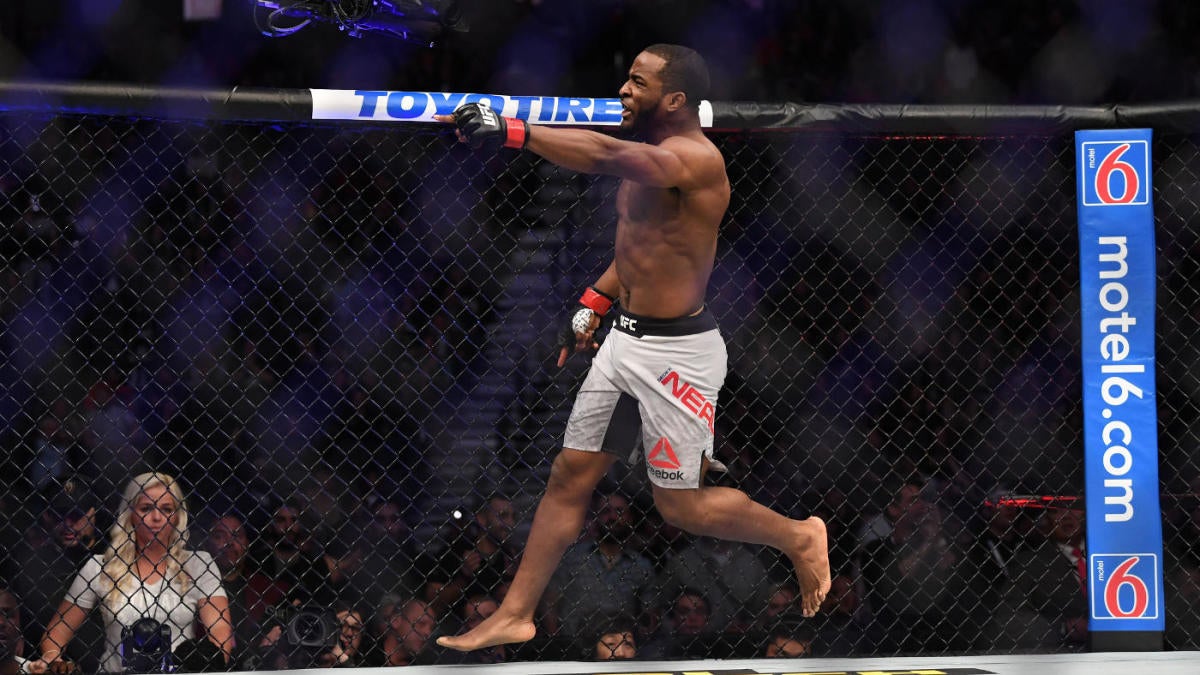 Mike Perry entered his UFC 245 featured prelim bout with Geoff Neal well aware of his opponent’s position; he was once the man scoring savage stoppages in his early trips to the Octagon. After a 2-4 record over the past two years, Perry was now in the role of gatekeeper. And Neal stormed that gate.

It only took Neal (13-2) 90 seconds to run his Octagon record to 5-0, first putting Perry (13-6) on rubber legs with a head kick and then following him to the cage with a flurry of heavy punches. Perry slumped to the mat, no longer defending himself as Neal bounced more heavy shots off his head until the referee called a halt to the bout at the 1:30 mark of Round 1.

Neal is now riding a seven-fight winning streak, a run that kicked off when he appeared on Dana White’s Contender Series and scoring a knockout in less than two minutes before locking down a UFC contract. Since then, he has been nearly perfect in the Octagon, with only one fight going to the judges’ scorecards.

Despite Perry’s recent struggles, he had never been stopped by strikes in his career. Neal said being the man to take the honor of stopping Perry for the first time was his goal heading into the bout.

“That was my plan,” Neal said after his win. “I’ve been saying it since I got this fight. I wanted to be the first to put him away with hands, not a submission.”