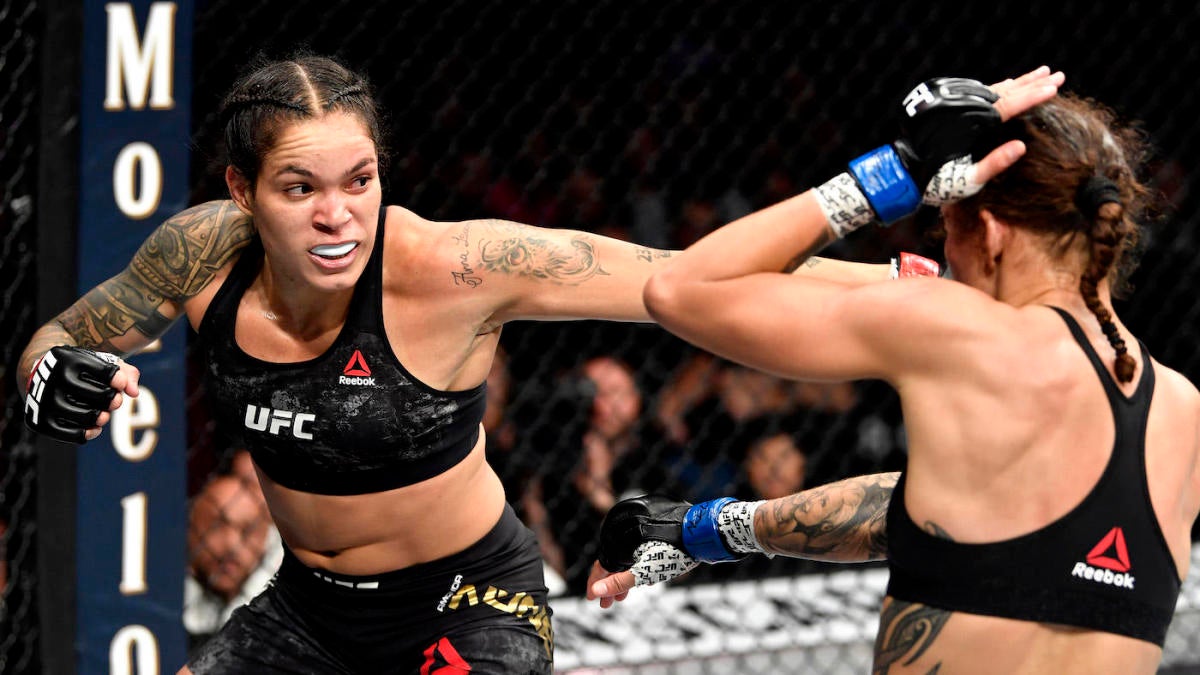 LAS VEGAS — Amanda Nunes retained her status the greatest fighter in women’s MMA history on Saturday at UFC 245 by adding one more victory over a former champion to her historic resume.

The crowd booed Nunes, the only female two-division champion in UFC history, for her lack of offense from top position each time she took de Randamie (9-4). The victory was a rematch of their 2013 bout which Nunes won by first-round TKO.

“I tried to show something different,” Nunes said. “Tonight, I decided to fight like that for five rounds and kick the sh– out of her, and I did that.”

Although Nunes, a 31-year-old native of Brazil, was able to take GDR down with ease time and time again, it was de Randamie who showed incredible defensive and survival instincts to prevent Nunes from finishing her. The 35-year-old Dutch striker lingered enough to nearly find dramatic openings to finish the fight, each time testing Nunes’ chin and toughness in the process.

De Randamie, who was 46-0 as a kickboxer before coming to MMA, survived a head-and-arm choke attempt to close Round 1. The next round was all GDR as she landed a clean head kick and two knees to the face that appeared to hurt the champion.

Unfortunately for de Randamie, each time she found success she also found herself back on the bottom after an easy takedown from Nunes. GDR did rally in Round 3 to land a huge up-kick to Nunes’ face while laying on the ground. In Round 4, de Randamie trapped Nunes’ head between her legs in a brief choke attempt that had the crowd thinking an upset was near.

“We trained in the gym everyday to be ready for everything,” Nunes said of the submission attempt. “Tonight I proved that I’m ready for five rounds. Let’s go, let’s do this again!”

Nunes was dominant each time she chose to take the fight to the ground, including two takedowns that featured her lifting de Randamie up before slamming her down. Still, the success GDR had on her feet definitely brought out a conservative approach for the champion down the stretch which brought about the booing from the Las Vegas faithful.

The loss snapped a five-fight win streak for de Randamie which dates back to her 2013 loss to Nunes in their first meeting. GDR captured the UFC’s featherweight title in 2017 by out-pointing Holly Holm but was stripped of the belt months later for refusing to defend against eventual champion Cris “Cyborg” Justino.

For complete results and highlights from UFC 245, click here