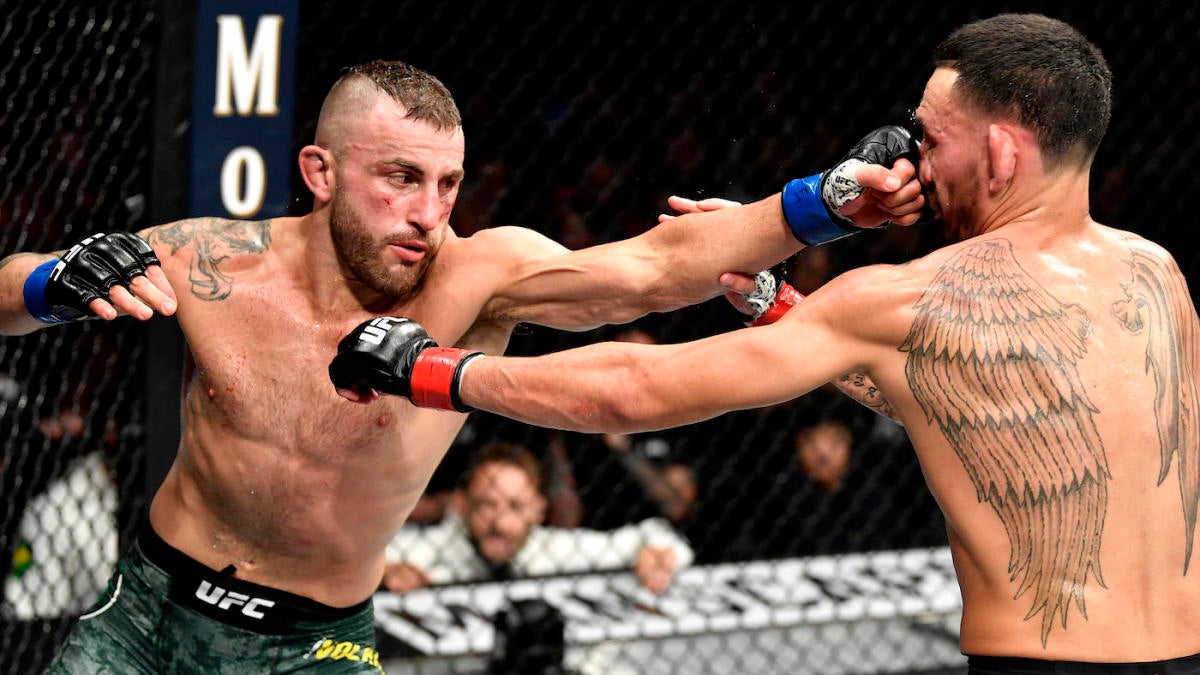 Alexander Volkanovski came into his UFC 245 bout with featherweight champion Max Holloway as an underdog to the man the promotion had been pushing as the greatest 145-pound fighter in history. But Volkanovski made history of his own, executing a near pitch-perfect gameplan to rip the title from the grasp of Holloway by clear unanimous decision.

Volkanovski, facing a considerable height disadvantage, wasted little time in the fight showing leg kicks would be a major part of his fight strategy. While he occasionally managed to close the distance and land powerful shots to the head of the champ, Volkanovski continued to go back to leg kicks, drilling Holloway to the left calf with outside kicks and the inner thigh when he threw to the inside. Before the end of Round 2, Holloway had to switch to southpaw to hide the leg from further damage. Volkanovski, in return, began to beat up Holloway’s right leg.

Holloway continued to try to work long, maintaining a good distance to reduce Volkanovski’s use of his powerful hands and occasionally landing good combinations. His offensive gameplan was thrown off from the moment he had to switch to southpaw, however, taking away the stance-switching, angle-finding style that has brought him so much success in his career.

Volkanovski, who once weighed upwards of 240 pounds in his previous profession as a rugby player, looked strong throughout the fight and never faded, showing tremendous cardio while out-landing Holloway in strikes in every round of the fight.

When Holloway was able to switch back to an orthodox stance, he found more success with letting combinations flow and landing lead upperccuts. There was a price to pay in putting his more damaged left leg back out front to be further chewed up by Volkanovski’s heavy kicks.

After five rounds of action, the judges awarded the fight to Volkanovski by scores of 48-47, 48-47 and 50-45 and handing him not only the UFC featherweight championship, but also his second consecutive win over the two men considered the greatest featherweights of all time.

Volkanovski, basking in his new status as champion had a simple message after his victory.

For complete results and highlights from UFC 245, click here