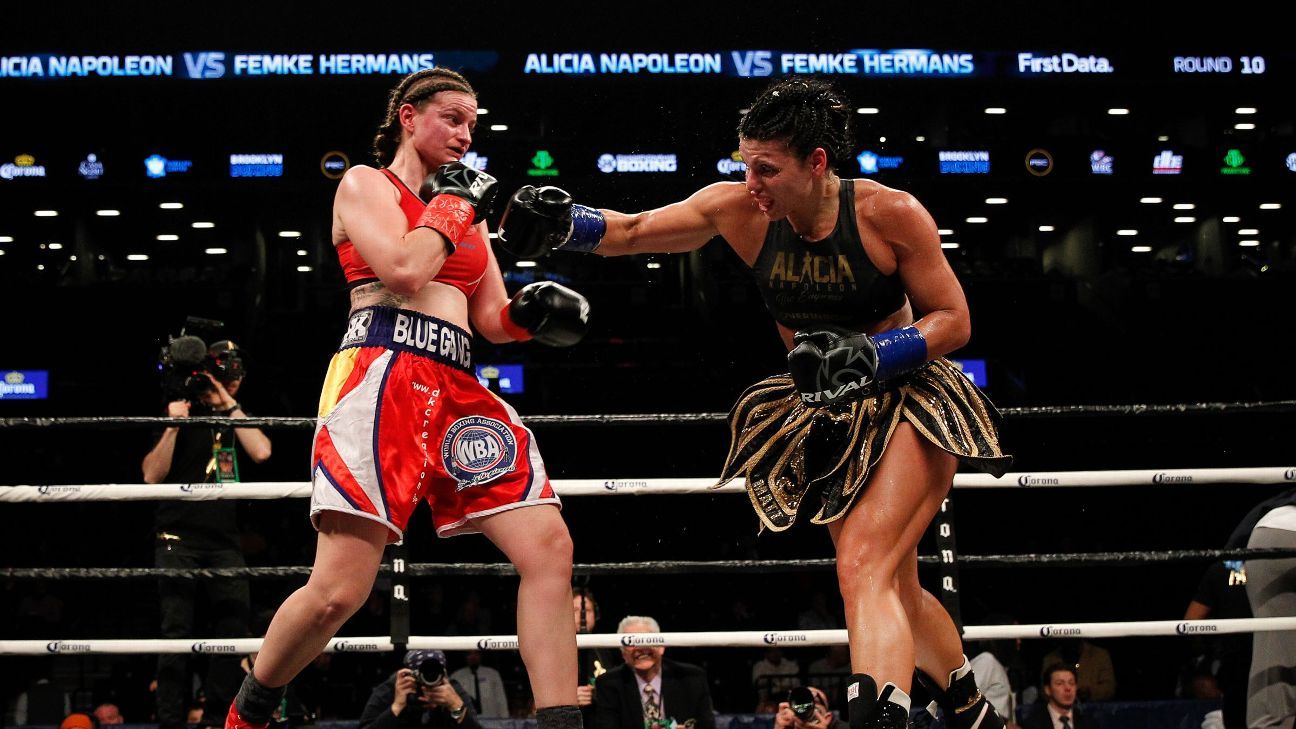 Alicia Napoleon-Espinosa and Elin Cederroos will square off to unify their women’s super middleweight world titles on Jan. 10, organizers announced on Friday.

The bout will take place at the Ocean Casino Resort in Atlantic City, New Jersey, as the opener on a Showtime-televised tripleheader (9 p.m. ET) topped by the previously announced fight between Claressa Shields and Ivana Habazin, who will meet for two vacant women’s junior middleweight world titles.

Napoleon-Espinosa and Cederroos both won their titles by decision against Femke Hermans. Shields is dropping down to the junior middleweight division to go for a belt in her third weight class, but she is also the reigning undisputed women’s middleweight world champion.

Should she and Napoleon-Espinosa both win on Jan. 10, they are expected to face off for Shields’ belts at middleweight later in 2020, Showtime said.

“I have an amazing team of men that stand strong by my side believing in me, preparing me and working hard to open doors for me to thrive,” she said. “I’m blessed and prepared to win and put on a memorable performance for all the world to see that night. I’m in tremendous spirits and excited and ready for the night to come.”

Cederroos (7-0, 4 KOs), 34, of Sweden, will be making the first defense of the vacant belt she won in March. The fight will be her first in the United States.

“Alicia Napoleon is a great champion, and she will be my toughest test, but I am ready,” Cederroos said. “It is an honor for me to make my U.S. debut on such a prestigious card and to do so in a world title unification battle. Alicia and I will put on a great show.”