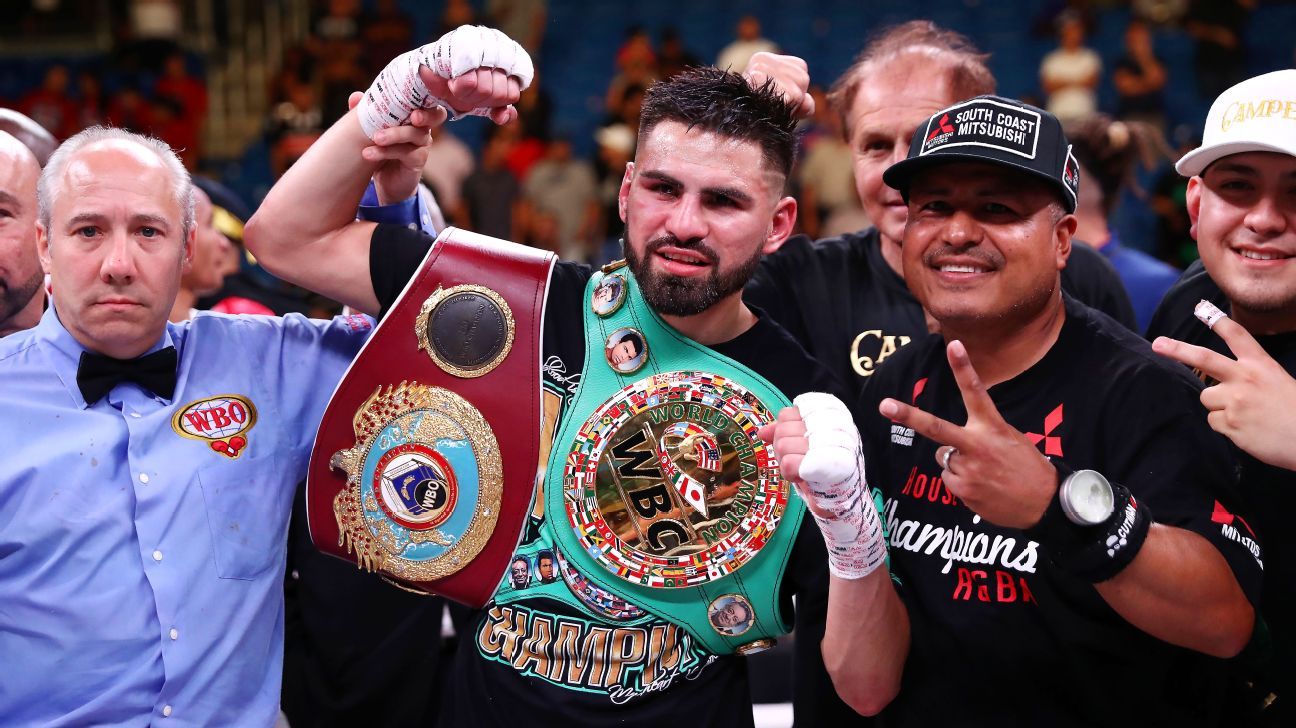 NEW YORK — Unified junior welterweight world titlist Jose Ramirez has signed a new multiyear deal with Top Rank to remain with the company that has promoted him since the 2012 Olympics.

Ramirez and Top Rank announced the deal on Saturday at a news conference hours before Ramirez attended the Top Rank Boxing on ESPN card headlined by welterweight titlist Terence Crawford against Egidijus Kavaliauskas on Saturday night at Madison Square. If Crawford and Ramirez continue to win, Ramirez would eventually move up to welterweight to face Crawford in a highly significant fight.

Terms of the agreement were not disclosed but Top Rank said the deal is “among boxing’s most lucrative long-term promotional pacts and keeps Ramirez in the fold for Top Rank on ESPN main events for years to come.”

“I turned pro with Top Rank, and this is where I want to be,” Ramirez said. “Thank you to (Top Rank chairman) Bob Arum, (president) Todd duBoef, the entire Top Rank team and my manager, Rick Mirigian, for believing in me. While I am a unified 140-pound world champion, there is so much for me still to accomplish. I want to become undisputed champion in 2020, and I am confident that my dream will become a reality.”

Ramirez (25-0, 17 KOs), 27, of Avenal, California, won a vacant 140-pound world title by unanimous decision over Amir Imam in March 2018 at the Hulu Theater at Madison Square Garden and has made three defenses. The first two came in California’s Central Valley as he outpointed contenders Antonio Orozco and Jose Zepeda at the Save Mart Center in Fresno, where he is a tremendous draw.

Defense No. 3 came in July when he traveled to fellow titleholder Maurice Hooker’s home turf in Arlington, Texas, and knocked him out in the sixth round to unify two titles.

Ramirez is scheduled to return for his fourth defense against former world titleholder and mandatory challenger Viktor Postol (31-2, 12 KOs), 35, of Ukraine, on Feb. 1 (ESPN and ESPN Deportes) at Mission Hills Haikou in Haikou, China, in a previously announced fight. If Ramirez defeats Postol he hopes to face Josh Taylor, who holds the other two major junior welterweight belts, with the undisputed world champion crown on the line.

Ramirez is one of the many fighters Top Rank has taken from the amateur ranks and built into a top professional.

“Top Rank developed Jose as a professional, and we are thrilled to continue our working relationship with them for the foreseeable future,” Mirigian said. “Matchmakers Brad Goodman and Bruce Trampler gave Jose the experience he needed from a young age, and when it came time to fight for a world title, he was ready. What this contract represents is Jose’s standing atop the 140-pound division and as one of the world’s truly elite fighters.”

In addition to his in-ring acumen, Ramirez has become known for his community service in the Central Valley, where he has advocated for farmer water rights and immigrant issues. He also established a scholarship fund at Fresno State University in 2015 to help graduates of Avenal High School pursue their dreams of higher education.

“I don’t know if I have ever come across a young man who is as well-rounded as Jose Ramirez,” Arum said. “He is a hero in the Central Valley of California, a champion who uses his platform to lift up everyone around him. He’s a great fighter, but he’s an even better human being. Jose is Fresno’s professional sports franchise, and he will conquer the rest of the globe, beginning in China Feb. 1 against Viktor Postol live on ESPN.

“He is only beginning to scratch the surface as a fighter, and the impact he will have as a humanitarian will be felt for years to come. A special thank you to Rick Mirigian, who worked tirelessly closing this deal and developing Jose into one of the sport’s great attractions.”