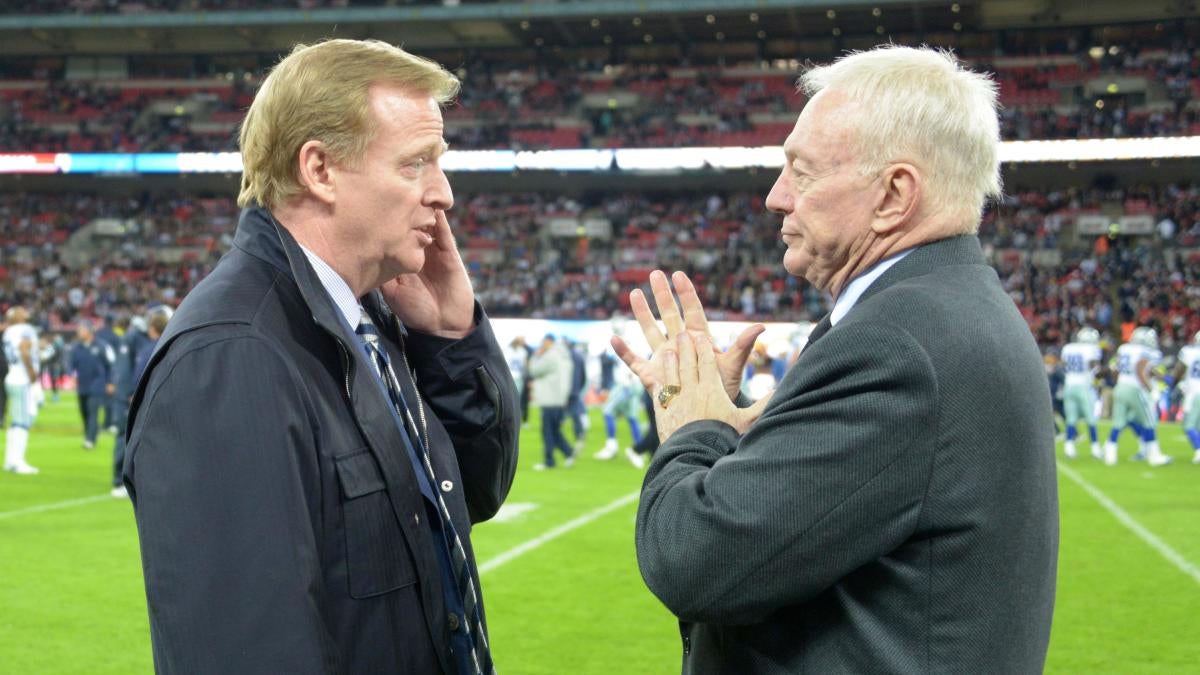 Unless you’ve been sleeping under a rock that lacked Wi-Fi access and was not located near a local dispensary, you’re well aware of the cultural shift in the nation regarding the use of marijuana. Now legal for recreational use in a list of states and jurisdictions, with many more likely to come, it’s also long been known for its medical benefits — the latter being routinely touted by athletes as a much better alternative to risking addiction to opioids and/or narcotic painkillers.

Despite the known science, the NFL remains firm on their ban of marijuana under the league’s substance abuse policy, continually testing for its use and levying severe and escalating penalties that lead up to and sometimes include indefinite suspension, and the potentially massive loss of income that comes tethered to the punishment(s).

With news of Major League Baseball removing marijuana as a “drug of abuse” — and going one step further in adding opioids to that list following the death of Los Angeles Angels pitcher Tyler Skaggs, who had two types of opioids in his system at the time of his sudden passing — calls for commissioner Roger Goodell and the NFL to do the same has now hit fever pitch. One advocate for seeing the league’s stance on weed changed is Dallas Cowboys owner Jerry Jones, who believes it’s time professional football caught up with the rest of the world on the topic.

“I think the world is sensitive to the issue regarding marijuana,” he told 105.3 The Fan following the latest collective bargaining agreement talks in Dallas. “It’s also an issue contemporarily we’re excited about being in step with the social and legal scene as it goes forward. And, so, we not only have the interest of competitiveness in mind when it comes to any type of substance, we have the issue of the law and we have the issue of the society focus on it. All of that does receive attention when you’re discussing this area with players.”

The new CBA, once ratified, will likely include hefty concessions on both sides of the table, and with the NFL wanting to extend the regular season — as one example — they’ll have to bow to the NFLPA in one way or another, and the topic of marijuana is currently at its zenith around the league, and the country as a whole.

That’s why, all things considered, Jones predicts a change is coming in that area.

“I think that [we can] expect an adjustment [in the] present way that marijuana is being thought about,” he said.

While that statement isn’t as specific as many would like, it does echo strong comments in recent seasons from Jones on the subject, and the NFLPA recently invested in a full-on presentation to prove to the league it’s beyond time to remove marijuana from the list of banned substances. Goodell has begun softening his stance on the matter as of late, noting how the NFL is researching alternatives to traditional painkillers, including weed, opening the door for substantive talks during CBA discussions.

Time will tell if the league will match MLB‘s dismissal in 2021, when a new CBA is set to take hold (assuming it’s agreed upon), but the wheels are certainly in motion.

It’s a topic that hits home in a big way for Jones, who has invested a lot of time and effort over the past several years into the support of veteran defensive end Randy Gregory, a player currently serving a second indefinite suspension after having been reinstated in 2018 from his first. Gregory suffers from bipolar depression and clinical anxiety, and self medicates to aid in his battle with mental illness, but it’s cost him millions in potential earnings and years of a promising NFL career.

As it stands, Gregory remains out of football, and while sources say he’s made and continues to make great strides in his battle with mental illness, he’s not yet reapplied for another reinstatement into the league — fearful one more failed marijuana test will essentially end his career. And because of that, the 27-year-old is working to cross all of his “T”s and dot all of his “I”s before again asking Goodell for forgiveness for something many view he doesn’t need absolution for.

Gregory isn’t the only player in the league who risks losing his job to feel better medically, but he’s one Jones holds in high regard, and that relationship does provide added fuel to the Hall of Fame owner’s drive to allow marijuana into the NFL. Additionally, but separately, Jones notes that if the drug is legal in a respective court of law, then it shouldn’t be illegal in a sporting league.

That is, at minimum, a talking point he’s put on the table.

“I want us to always be careful as we are looking at our behavior to not make it look like as NFL players that you’re inordinately bad actors,” Jones said. “I want us to always keep that in mind when we’re implementing what our rules are is it pertains to any type of behavior, and it certainly has to be legal behavior. Behavior can’t be tolerated if it’s not legal, but if it’s legal, how we handle that and how we test that; and what happens when a player doesn’t get to play because he’s been suspended and the light that it casts on everybody is of interest to me.”

You can count MLB out as a judge, jury and executioner on marijuana going forward. The NBA isn’t yet at that point, but they are more progressive and do not test for it during the offseason, plus their scale of punishment pales in comparison to the heavy-handed Goodell. The NFL’s verdict is still being deliberated as CBA discussions push forward, but the lines are more clearly drawn now than they’ve ever been.

In one way or another, as Jones predicts, change is coming to the NFL’s policy on marijuana.