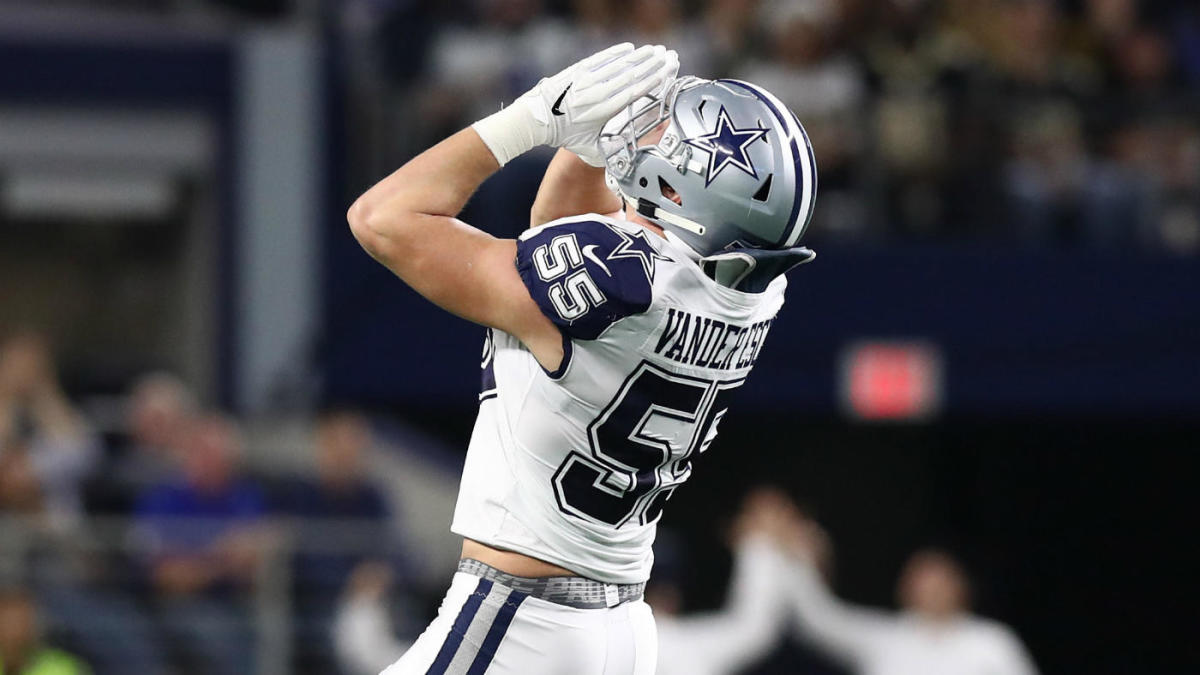 As the Dallas Cowboys ready to host the Los Angeles Rams in Week 15 with the hopes of ending their three-game slide, they’ll have to do so without Leighton Vander Esch on the field. The former first-round pick was again ruled out this week after having not yet returned to practice with a neck injury, and things don’t look promising for a possible return at all in 2019.

This marks the fourth consecutive game Vander Esch will miss and fifth this season, having also sat out the victory over the New York Giants after suffering the offending neck stinger in Week 7 against the Philadelphia Eagles. The bye week in Week 8 aided in his recovery, but symptoms returned — tightness, lessened range of motion — during a Wednesday practice in preparation for the New England Patriots, leading to additional testing and the decision to re-sideline him, but this time with a much more patient and deliberate approach.

To that point, sources tell me the Cowboys are “not optimistic” Vander Esch will return to the field in 2019. One specifically noted “it doesn’t look like he will, but we’ll see.”

That tone can and will change if the next round of tests reveal profoundly positive results, but the club simply isn’t willing to risk creating a much more longterm issue by thrusting him back onto the field too soon — for a second time this season. Team exec Stephen Jones has taken the proactive approach and all but officially ruled Vander Esch out of the rematch with the Eagles, deepening their conviction to making sure their phenom has a long career in the NFL.

That said, there are currently no concerns his current neck issue is career-threatening or linked to any he battled in college.

“No, [I don’t believe it’s the same issue as Boise State],” Jones told 105.3 the Fan on Friday. ‘I just think it’s from — we all saw the hit that he took. That’s where these complications started. We’re just monitoring that right now. Leighton is going to have a long career here and we want to make sure that we manage this right way with him.

“We’ll take a look at this after the Philly game and then we’ll decide where we go from there. Right now, we have confidence that he’s making progress and that hopefully be able to come back and win football games for us down the stretch.”

Considering the only regular season game remaining after the Eagles is a Week 17 rematch with the Washington Redskins, the clock is ticking. If the Cowboys can squeeze their way into the playoffs and then extend the season with a run in January, it’ll go a long way in increasing the odds of Vander Esch reappearing to help in a possible push toward February.

For his part, Vander Esch has made it clear he plans on playing “12 years” in the NFL and “not four”, indicating he’s totally fine with how the Cowboys are approaching the situation. In his stead, veteran linebackers Sean Lee and Joe Thomas have taken up the mantle on the weakside, but Lee himself is nursing injuries to a thigh and a pectoral muscle, and didn’t practice leading into the matchup with the Rams on Sunday. That means even if Lee does play, he won’t be 100%, and that spells bad news for a Cowboys linebacker corps already suffering from depth issues without Vander Esch.

They’ll have to figure it out going forward though, because as it stands, optimism Vander Esch will return before the 2020 season is fading fast.