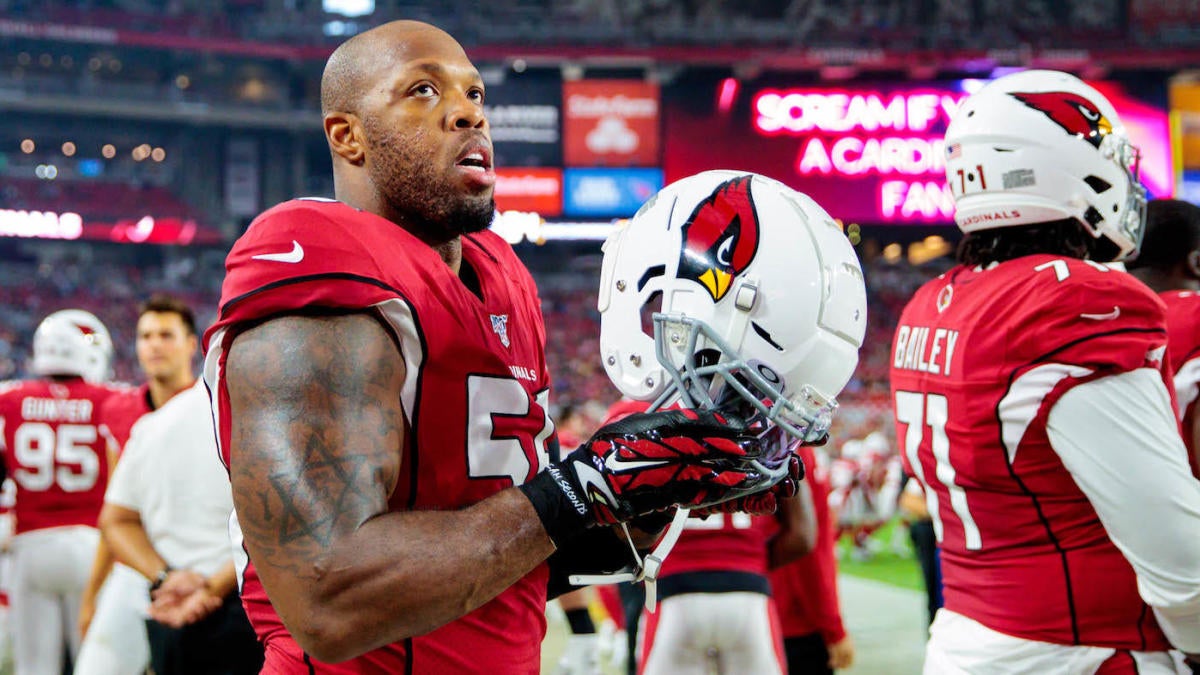 This ends a brief marriage between the two sides after Suggs inked a one-year, $7 million deal with the club this past offseason. He started all 13 games for Arizona this season and recorded 5.5 sacks, four forced fumbles, and 37 tackles.

Overall, this appears to be a pretty amicable breakup between the two sides. Kingsbury notes that the conversations about releasing Suggs were talked though by both sides. For Arizona, it allows them to dive deeper into their roster to scout some of their younger players in the final few weeks of the regular season. As for Suggs, the 37-year-old will now go on waivers and have an opportunity to potentially jump on with a contender.

One team that comes to mind is the No. 1 seed Baltimore Ravens, who Suggs spent the first 16 years of his NFL career with. He would certainly be even more of an added boost to a defense that is already pretty stout and poised for a deep playoff run.

Whichever team brings him aboard through waivers wouldn’t have to pay much either. If a team claims him on Monday, they’d owe Suggs $353K over the final two weeks, which is a bargain when factoring in his skillset and experience in the league. If Suggs goes unclaimed, Arizona would be on the hook for the remaining part of his $3 million guaranteed salary.