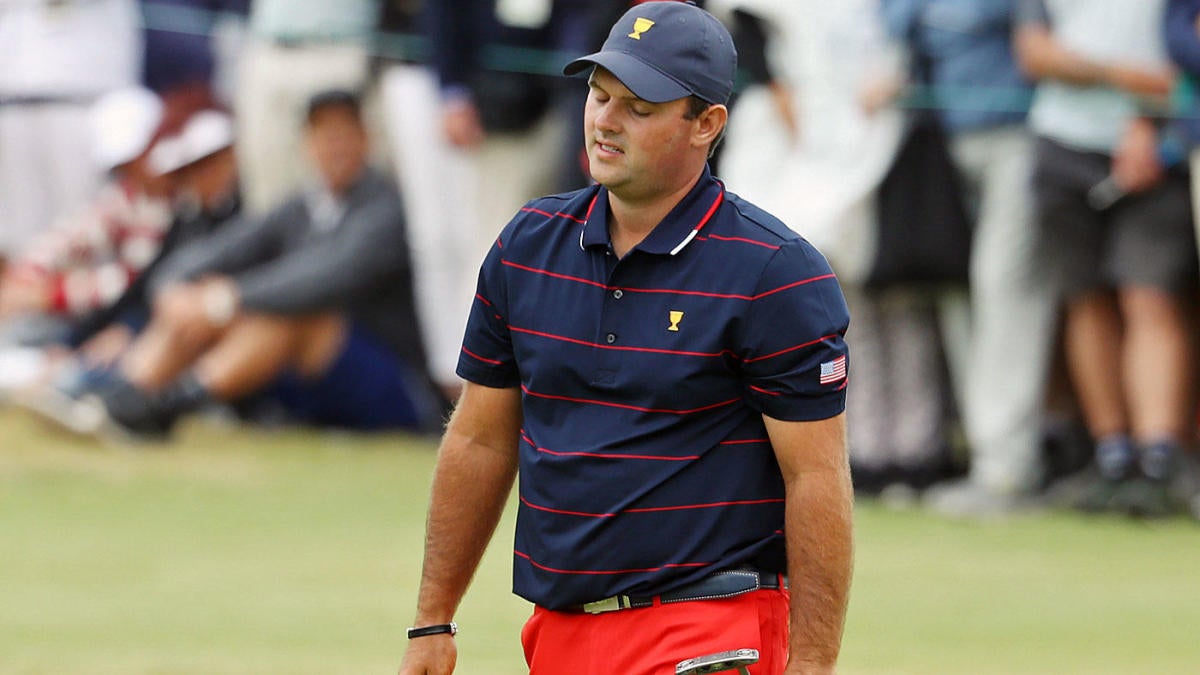 Somehow, things continue to deteriorate for Patrick Reed. Following his bunker penalty incident at last week’s Hero World Challenge, an unimpressive back-and-forth with Australian Cam Smith, Reed mimicking digging with a shovel on Day 2 to make light of his penalty and an 0-3-0 start at the Presidents Cup this week, it somehow got worse for Reed and those in his camp on Saturday.

Following a 5&3 loss to C.T. Pan and Hideki Matsuyama in the Day 3 morning session at Royal Melbourne, Reed’s brother-in-law and caddie, Kessler Karain, got into an altercation with a fan.

Steve Sands of Golf Channel first reported the incident from Royal Melbourne, and later on, Karain released a statement through the Fore Play Podcast. Karain noted that he got off a golf cart, shoved a fan, cursed at him and possibly spilled his beer. You can see the end of that in the video above.

“As a caddy, one of your jobs is to protect your player. And unlike several other sports, in golf fans can get pretty close to Athletes. We have been known for having fun with some good banter, but after hearing several fans in Australia for 3 days some had taken it too far. I had had enough. And this gentleman was one of them. Riding on the cart, guy was about 3 feet from Patrick and said, “you f—ing suck.” I got off the cart and shoved him, said a couple things, probably a few expletives. Security came and I got back in the cart and left. I don’t think there’s one caddy I know that could blame me. Unless his bones break like Mr. Glass, the most harm done was a little spilled beer, which I’m more than happy to reimburse him for.”

The entire thing is surreal.

Reed, who was a distraction after last year’s Ryder Cup when he felt he got unfairly split from partner Jordan Spieth, is again a distraction for this year’s Presidents Cup team. It’s unfortunate that a player formerly known as Captain America has been reduced to a bit of a punch line of late (no pun intended).

The toughest part for captain Tiger Woods and the rest of the U.S. team to swallow is that they didn’t even have to bring him. Reed was one of five captain’s picks by Woods — Rickie Fowler, Tony Finau, Gary Woodland and Woods himself were the others — and the entire thing has been a bit of a mess.

Obviously a physical altercation is the worst of it to this point, and with another day of singles match play still to come, you have to start wondering: What’s going to happen next?