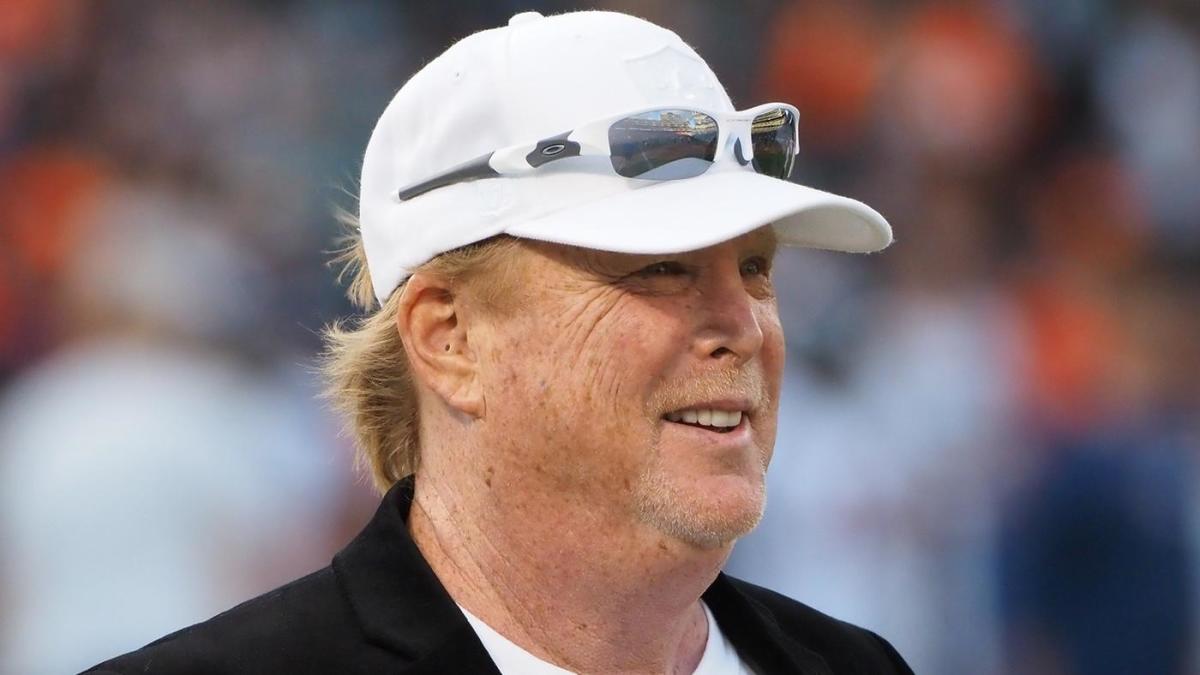 Mark Davis, with his Raiders getting ready for their final home game in Oakland, has delivered a parting message to Oakland’s diehard fans: Come with us to Las Vegas.

While the Raiders are relocating to Las Vegas in 2020, Davis — Oakland’s owner since inheriting the team from his late father Al in 2011 — is hopeful that the team’s fans that reside in Oakland will remain loyal to his team that spent 45 of its first 60 seasons in their city, per NBC Sports. Davis’ team will play their final home game in Oakland this Sunday against the Jaguars.

“There’s no question about it,” Davis said when asked if Raider Nation — specifically the fans in the Bay Area — will follow them to Las Vegas, via Monte Poole of NBC Sports. “The Raiders and Oakland grew up together. We were the stepchild of San Francisco. We were just Oakland. And I believe my dad took special pride in that and in building it up.

“The Raiders were born in Oakland, and Oakland will always be part of our DNA. There’s no doubt about that.”

After playing in several stadiums in San Francisco, the Raiders found a longterm home in Oakland in 1962. Not long after moving to Oakland, the Raiders, under the direction of Al Davis, became the NFL‘s most successful franchise. From 1964-83, no NFL team won more games than the Raiders, who won an AFL title and three Super Bowl titles during that span.

In the process, the Raiders developed a brand that was centered on intimidating, no-holds-barred football that was as physical as it gets. The Raiders’ image also included an exciting brand of football that was born from Al Davis’ love of the deep pass. His team was also known for having colorful personalities that extended to himself and former head coach John Madden, who helped lead the Raiders to their first Super Bowl victory in January of 1977.

During that span, the Raiders’ roster included some of the greatest players in NFL history who played key roles in some of the most iconic games and plays in NFL history, moments that include the “Immaculate Reception,” the “Sea of Hands,” the “Ghost to the Post” and the “Holy Roller.” Quarterback Kenny Stabler, offensive lineman Gene Upshaw, Art Shell, Jim “Double O” Otto, receivers Cliff Branch and Fred Biletnikoff, tight end Dave “The Ghost” Casper, defensive lineman Ted Hendricks, linebacker Phill Villapiano, and defensive backs George Atkinson, Jack “The Assassin” Tatum and Skip “Dr. Death” Thomas were among the cast of characters that made the Raiders one of the best, most popular and most polarizing teams in professional sports during the 1970s.

During that time, Oakland fans developed a love affair with their team while also establishing a reputation as the toughest fan base in the NFL. The heart of the Raiders’ fan base was the Black Hole, a portion of the fan base that only added to the Raiders’ mystique during that time. The Raiders’ intense fans also helped make The Coliseum one of the toughest places for opponents to win. While the Black Hole helped rally the Raiders to their first two Super Bowl wins, they also helped derail some of the greatest runs in NFL history, as the Dolphins and Steelers saw their dreams of becoming the first franchise to win three straight Super Bowls come to a crashing halt inside the Black Hole.

While he’s looking forward to what’s ahead in Las Vegas (the Raiders will move into a state-of-the-art, $2 billion, 65,000-seat stadium with a retractable roof), Mark Davis said that the move was the result of numerous failed efforts over the past decade to keep the Raiders in Oakland. But after reportedly exhausting his options, Davis took Las Vegas up on its offer to give the Raiders a new home.

The prospect of the Raiders’ new home, along with the progress Jon Gruden has made during the first two years of his ten-year contract, gives Davis hope for the future of the franchise.

“We’re in a better place now,” Davis said of the Raiders, who were 6-4 and in playoff contention before the team’s recent three-game skid. “We’ve got stability for the next 10 years.”

That being said, Davis sympathizes with Oakland’s fans, fans that also lost the Golden State Warriors after the 2019 NBA Finals. While they haven’t given their fans much to cheer about over the past quarter-century, Raiders fans continue to be amongst the loudest and most loyal fan bases in all of sports. Davis said that fact was reinforced to him late in the 2014 season, when the 0-10 Raiders were playing to a sellout crowd on “Thursday Night Football” despite a poor record and a torrential downpour.

“The most memorable night, to me, was that Thursday night game against the Chiefs,” Davis said of that night, a night he calls his most memorable during the Raiders’ second chapter in Oakland. “We were 0-10. It was pouring rain. The place was sold out and crazy. The crowd filled it up. We beat them (24-20) and got our first win of the season.

“That night was a reminder of what the Raider Nation is all about, and how they’ve supported the team and, hopefully, will continue to support the team in the future.”