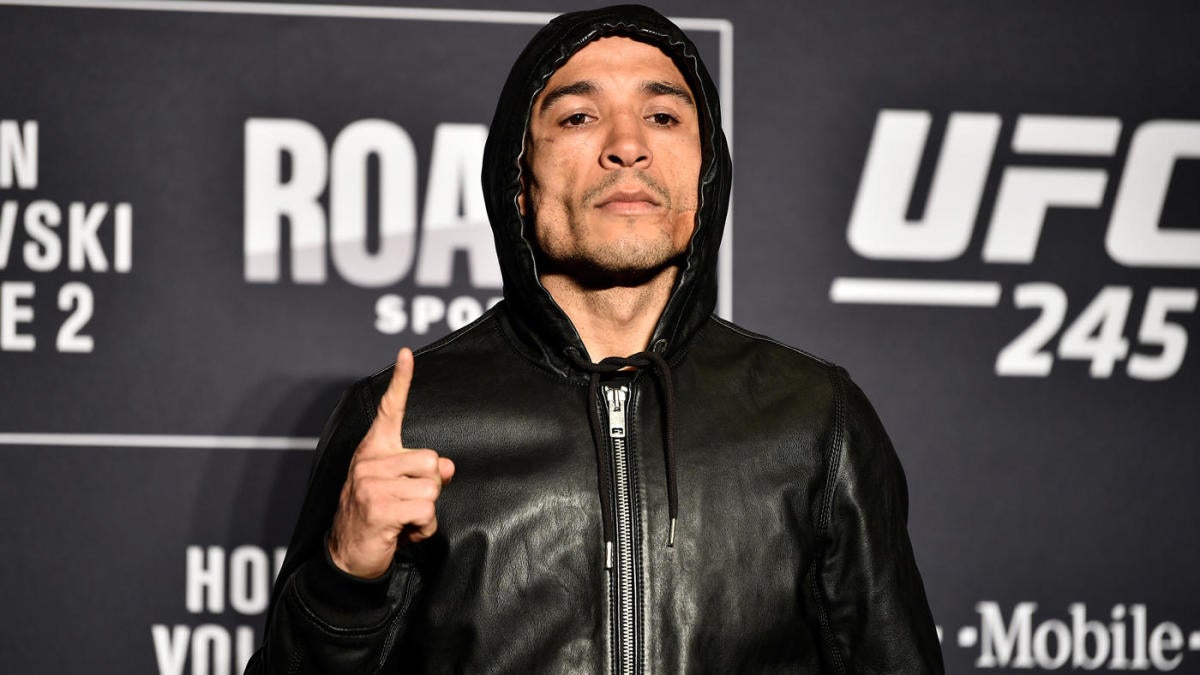 LAS VEGAS — If there’s anyone out there concerned about whether Jose Aldo is making a smart move physically by cutting down 10 pounds in weight at age 33, the former featherweight king made an embolden statement on Thursday.

“Listen guys, I’m the best I’ve ever felt. I have never felt this explosive or strong before,” Aldo told CBS Sports. “Mark my words, I’m going to be a world champion at 135 pounds.”

While the Brazilian legend’s words showed zero hint of doubt, Aldo’s demeanor was anything but assuring while seated on a chair during media day at the Red Rock Casino. Aldo donned a black hoodie which strategically withheld any preview of whether his body appeared compromised by the cut. His sullen facial expressions screamed anything but happiness.

Asking Aldo, who makes his 135-pound debut against former title challenger Marlon Moraes at UFC 245 on Saturday, for the reasoning as to why he made this decision was the lone time his passion appeared to be reignited.

“I’m very calm, I’m very confident. This is the first time I have ever had a nutritionist before so I feel great,” Aldo said. “I’m going to be the first one on the scale here and I’m going to put on a show for you guys on Saturday.”

Not only did Aldo promise he’ll have the same energy at bantamweight, he believes it’s a move that’s a long-time coming.

“It’s the training and nutrition that has made a whole entire world of difference and like really reigniting the passion to forget about the old Jose Aldo and be a complete new man,” Aldo said. “I feel stronger, I feel like I was training in the WEC days back again. The power is the same and I’m faster and I’m quicker because I’m pushing the pace a lot more.

“I have endless power right now. I should have stayed in this weight class the whole time for my entire career.”

Aldo said he identified Moraes as the perfect opponent because “the easiest way to a title is through fighting the No. 1 contender.” He also admitted to having a game plan already established in his mind on how exactly to defeat champion Henry Cejudo.

The recent change in mentality led Aldo to sign a new eight-fight contract in June not too long after publicly announcing he would play out his deal and consider a run in professional boxing.

“I wanted to continue my legacy. My story is not done yet,” Aldo said. “This weight cut just reignited a new passion in me to want to be the champion. I was just fighting to fight, fight to fight, and was real hesitant about the weight cut. I had struggled before to make 145 but I never had a nutritionist before. Once that started happening for me and I started feeling good, I started pushing the cardio so hard and I saw the results and it started reigniting a new passion within me. I’m going to be a new man and I’m not going to stop until I’m a champion. I’m not done. I’m going to be in the history books forever.”