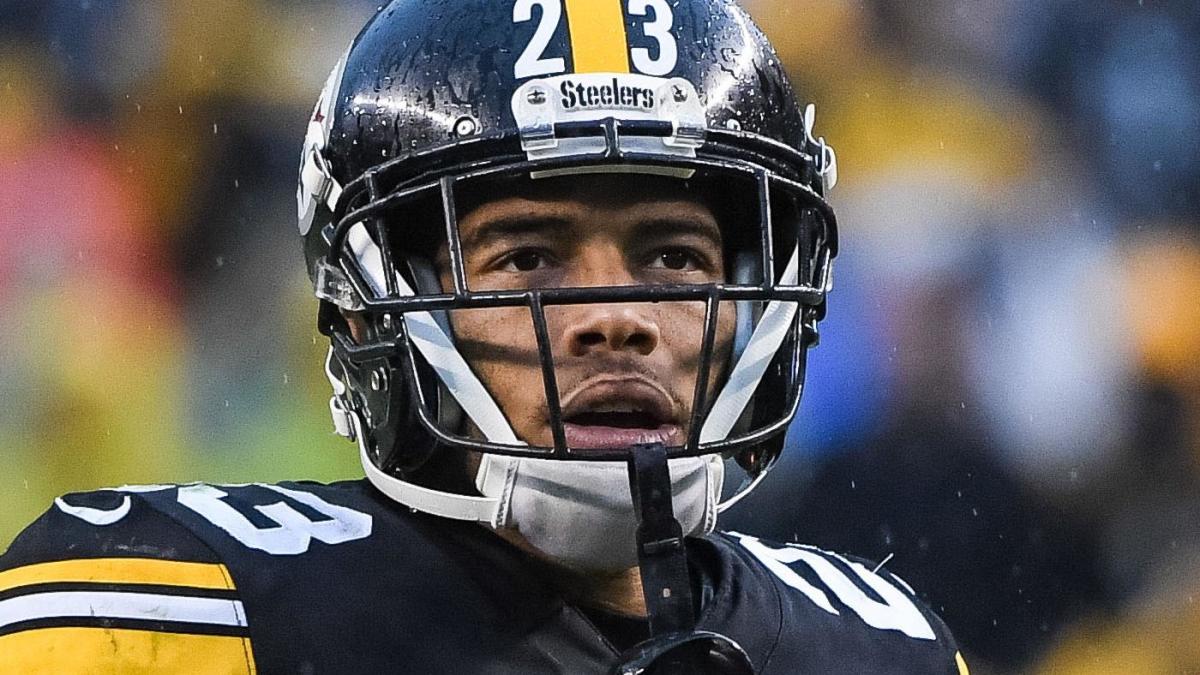 Joe Haden, as you can imagine, has played for a slew of coaches during his time in sports. In college, he played under Urban Meyer, helping Meyer win his second of three national championships as a member of the Florida Gators’ 2008 championship team.

After playing for five different head coaches during his first seven NFL seasons as a member of the Cleveland Browns, Haden has played for Pittsburgh head coach Mike Tomlin for the past three seasons. Haden, a veteran cornerback who is in the midst of one of his best seasons as a pro, recently opened up about what it’s like to play for Tomlin, who is garnering praise for keeping the Steelers in the playoff mix despite several key injuries as well as the offseason departures of Antonio Brown and Le’Veon Bell.

“For one thing, he’s a great coach,” Haden said during a guest appearance on “The Jim Rome Show”. “He knows ball, he knows both sides of the ball, including special teams. He knows everything that we’re doing on the defensive side of the ball. I’ve never had a coach (like him) that tells us what and why and gives us a reason for everything.”

Haden then offered a specific example of what separates Tomlin from other head coaches he’s had in the past.

“I’ve never had meetings where, it’s probably about four (defensive backs) and three linebackers, he meets with the seven of us three times a week,” Haden said. “We do two meetings during the special teams period and then on Fridays, he has the Winning Edge meeting, where he just goes over everything that we learned and (explains) what we’re doing, why we’re doing it, the checks and everything. Those are 45-minute meetings with your head coach literally telling you the game plan. I’ve never done that with a head coach before. That’s just the little extra he does.”

It’s safe to say that Tomlin’s attention to detail — and the way he delivers and explains that detail to his players — is among the reasons why the Steelers are 8-5 and on the inside track of the AFC playoff picture entering Sunday night’s game against the visiting Bills, who are also looking to improve their odds at solidifying a playoff spot. Despite the departures of Brown and Bell and the in-season injuries to quarterback Ben Roethlisberger, running backs James Conner, Jaylen Samuels and Benny Snell, receivers JuJu Smith-Schuster and Ryan Switzer, and defensive end Stephon Tuitt, Pittsburgh has won seven of its previous eight games while relying on several unproven players to carry the standard.

A teacher first, Tomlin has had the opportunity to help teach several new players this season that includes Devlin “Duck” Hodges, an undrafted rookie quarterback that has won each of his first three starts. Tomlin has also had the opportunity to work with Minkah Fitzpatrick, a second-year safety that was acquired via a trade with the Dolphins two weeks into the regular season. Fitzpatrick said earlier in the year that his individual meetings with Tomlin during Pittsburgh’s Week 7 bye helped speed up his acclimation process with the Steelers’ defense, a unit he has helped turn into the league’s most opportunistic group.

Tomlin should also be commended for the staff he has put together in Pittsburgh, a staff that includes offensive coordinator Randy Fichtner and defensive coordinator Keith Butler, a trio that first coached together back in 1998 as members of Arkansas State’s coaching staff. While both assistants have had their moments under the microscope, Tomlin has given both Butler and Fichtner time to evolve while finding the best ways to utilize their talent on both sides of the ball.

The additions of secondary coach Tom Bradley and defensive line coach Karl Dunbar (both longtime college coaches) in 2018, along with the additions of senior defensive assistant Teryl Austin and running backs coach Eddie Faulkner this past year have also made significant impacts on the Steelers. Shaun Sarrett, a longtime assistant, has done a solid job replacing former offensive line coach Mike Munchak, while Ray Sherman — a longtime NFL assistant — has stepped in to fill the void left by former receivers coach Darryl Drake’s unexpected passing during training camp.

Often regarded as a “players’ coach”, Haden told Rome that Tomlin’s ability to connect with his players on a personal level is one of the reasons why he is respected and revered by his players. While he is still one of the NFL’s youngest coaches, the 47-year-old Tomlin is now more of a fatherly figure to his players after being hired by the Steelers as a 34-year-old back in 2007.

“Just being able to talk to us,” Haden said when asked to name one of Tomlin’s greatest strengths as a coach. “He’s a great father — he has a son that’s just going to college — and he’s able to relate to us. Just talking about raising your kids. He’s just a really, really good dude.”

Haden describing his experience playing for Tomlin should dispel the notion that players don’t want to play for Tomlin or with the Steelers, a narrative that appeared to be growing in some media circles after Brown and Bell’s public exits from the team. While his two former high profile teammates had their reasons for leaving, Haden said that he is happy to be a Steeler and to have the opportunity to play for Tomlin.

“God has just blessed me to be able to be in this situation that I’m in, playing with this organization, playing with this coach,” Haden said. “They just get it. You feel stability here. You don’t feel anybody wavering. (Coach Tomlin) is going to be completely honest you … being very, very transparent.”

Despite his success (he’s never had a losing season as an NFL head coach), Tomlin has had his share of critics over the years. His critics typically point to Tomlin’s postseason since the team’s last Super Bowl appearance (3-5) and the Steelers’ inability to win a Super Bowl with arguably the best offensive trio in the NFL during that span. Those same critics have said that Tomlin is too much of a players’ coach, with Brown and Bell’s exits last year adding fire to that particular flame.

While his teams haven’t always realized their full potential, Tomlin’s consistency shouldn’t be understated. Every coach, at some point, had a dud season, with the exception of Tomlin and Bill Belichick, the only active NFL head coach whose resume is definitively more successful than Tomlin’s.

But unlike some of his peers, it’s clear that Tomlin believes that his role as a head coach extends beyond his regular duties as a head coach. Tomlin has often said that he wants to use his platform to help young men find themselves amidst the craziness of what it means to be an NFL player. While that doesn’t always result in victories, it can result in building a successful culture that has likely contributed to the success Pittsburgh has had under Tomlin. It’s also something that is embraced and appreciated by most of his players, players who, at least this season, are motivated to silence Tomlin’s detractors once and for all.

“People have to give him more respect, that’s what you have to write,” center Maurkice Pouncey recently said of Tomlin in a story written by Mark Kaboly of The Athletic. “You don’t know Coach Tomlin. Coach Tomlin has always been the same. Yeah, he’s a player’s coach, but he is going to coach you hard as (expletive), and he’s always done that.”