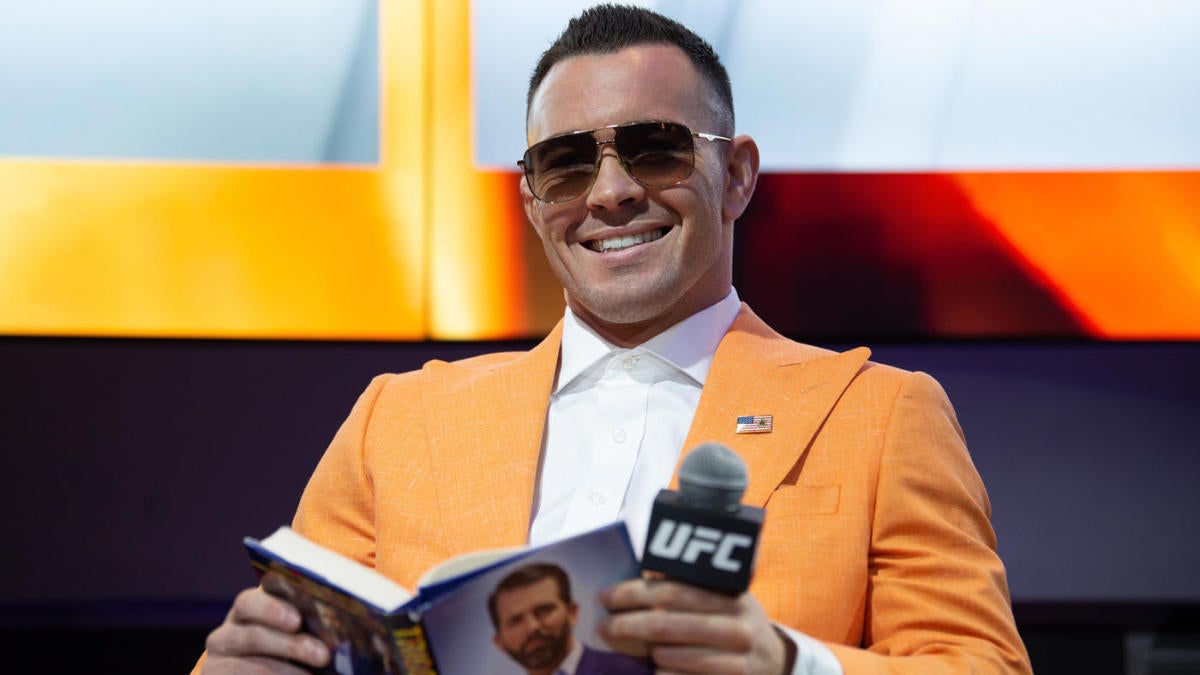 The origin story of UFC welterweight Colby Covington’s transformation from unheralded wrestler to public pariah on the verge of stardom and an undisputed championship goes back to 2017.

With one fight left on his UFC deal, the story goes that Covington’s manager, American Top Team founder Dan Lambert, received word from UFC matchmaker Sean Shelby that Covington, a 31-year-old native of Clovis, California, would not be re-signed.

“They didn’t like my style, they didn’t like that I wasn’t entertaining,” Covington said this week on The Candace Owens Show. “This was before I really started to become an entertainer and understand the entertainment aspect of this business. I was ranked sixth in the world and was told that regardless of what happens [in the next fight] I wasn’t going to be re-signed because ‘we don’t like your character and your fighting style.’

“I go out there and beat [Demian Maia] up and leave him in a pool of his own blood in his home city of Sao Paulo, Brazil, and I shoot this promo on the Brazilians and say, ‘You are all a bunch of filthy animals and Brazil you are a dump.'”

It’s fair to say that Covington (15-1), a former interim titleholder, wouldn’t be in the position he finds himself in entering UFC 245 on Saturday in Las Vegas when he challenges champion Kamaru Usman (15-1) had it not been for what happened next.

“That promo went so viral on the internet that UFC was like, ‘we have to keep him, we have to re-sign him because that promo is so big,'” Covington said. “It saved my career and that was the turning point of my career and the rest has been history.”

To properly illustrate just how much Covington’s post-fight interview, delivered in a fiery tone borrowed from pro wrestling, turned the fortunes of his career around overnight, one has to only look at his fight purses. Covington claims he earned $30,000 for his October 2017 win over Maia and $200,000 for his equally impressive decision victory over Rafael dos Anjos eight months later in the first fight of his new deal.

Covington didn’t just embrace the vitriol he received for willingly adorning the black hat, he evolved it into a character designed to offend everyone in his warpath. Soon, the proverbial black hat was swapped out for a literal red one to signify his aggressive public support of President Donald Trump as a way to dig his fist even deeper into the open wounds of disapproving fans.

Suddenly, Covington didn’t go anywhere without wearing a loud suit, a copy of Donald Trump Jr.’s new book and a handful of scantily clad models of which he would rent out for public appearances as a way to illustrate the new lifestyle he was proclaiming to be living. To steal a pro wrestling term, this was a “heel turn” out of the Ric Flair playbook and one that seemingly accomplished its goal of getting on everyones nerves. In fact, it worked almost too good.

Teammates began to publicly share their dislike of his offensive words. UFC brass even fell into Covington’s crosshairs, shortly after the promotion stripped him of his interim title for not being healthy enough to challenge then-champion Tyron Woodley.

The stylings and verbiage of Covington’s new character appears to have come from Lambert’s influence. The pro wrestling aficionado, who has a room in his house devoted to showcasing his impressive collection of historic championship belts, led a scripted ATT invasion of Impact Wrestling in 2017 during the time of Covington’s change in which Lambert brilliantly played a heel manager of his own stable (which included Covington). Vignettes of pro wrestlers attacking his MMA fighters were even filmed inside the ATT gym.

Lambert may have been too good, however, in helping shape Covington into the cocky heel he has become. Public feuds with many ATT teammates followed, leaving Covington feeling like he had to quite literally look over his shoulder walking into the gym. Lambert even revealed he had to sit welterweight Jorge Masvidal down and plead with him not to settle his new beef with Covington, his longtime teammate and former roommate, in order to keep harmony inside ATT.

Covington’s tightrope walk, and the great experiment of selling his soul publicly in order to recreate himself and acquire the opportunities his talent alone couldn’t, comes full circle on Saturday. A victory could catapult him to superstardom should UFC embrace his eccentricities and put its marketing machine full behind him.

Even in a combat sports era where the ability to talk has become currency in lifting certain fighters to statuses above what their actual talent level might suggest, Covington couldn’t have gotten this far without world-class ability.

While critics have long argued whether any element of Covington’s shtick are authentic, the reality is that he can really, really fight thanks to an exceptional gas tank and wrestling acumen. The fact that his buffoonish character has been able to so consistently trick his dissenters into believing he’s anything but a legitimate title contender might be the underlying key to his newfound commercial success.

Covington may have sampled elements of what Chael Sonnen or Conor McGregor have done to use trash talk in helping them become filthy rich entertainers who just happen to fight, but the fact that Covington’s heel character feels so inauthentic might be the thing that makes him so unique.

The only thing critics of Covington seemingly hate more than his cringy and purposely offensive variety show is the fact that he so publicly shared this week that it’s all a ruse. In pro wrestling, that’s called breaking “kayfabe.” Yet it’s the perfect pinnacle of Covington’s trolling ways to insult his audience so badly only to then laugh even harder when he reveals it was all for the purpose of riling them up and getting their attention.

Should he come up empty against Usman, the two-year experiment of Covington transforming from quiet teammate to ruthless contrarian will be remembered as a footnote in this decade’s history of a “try hard” who came desperately close to pulling off a carnival con job that was so cleverly rooted in undeniable talent inside the cage.

But if Covington wins and becomes a face of where UFC is headed entering a new decade, it will be hard to look back on all of the wild moments — from Fabricio Werdum firing a boomerang at him on the street to Covington posing with his interim title next to Trump at the White House — without a tip of the red cap to a fighter who bet on himself and turned around the fortunes of his career without giving a damn about how you felt.

So who exactly is the real Colby Covington? If he wins on Saturday and “Chaos” reigns in the UFC, it’s a question we may never find out.