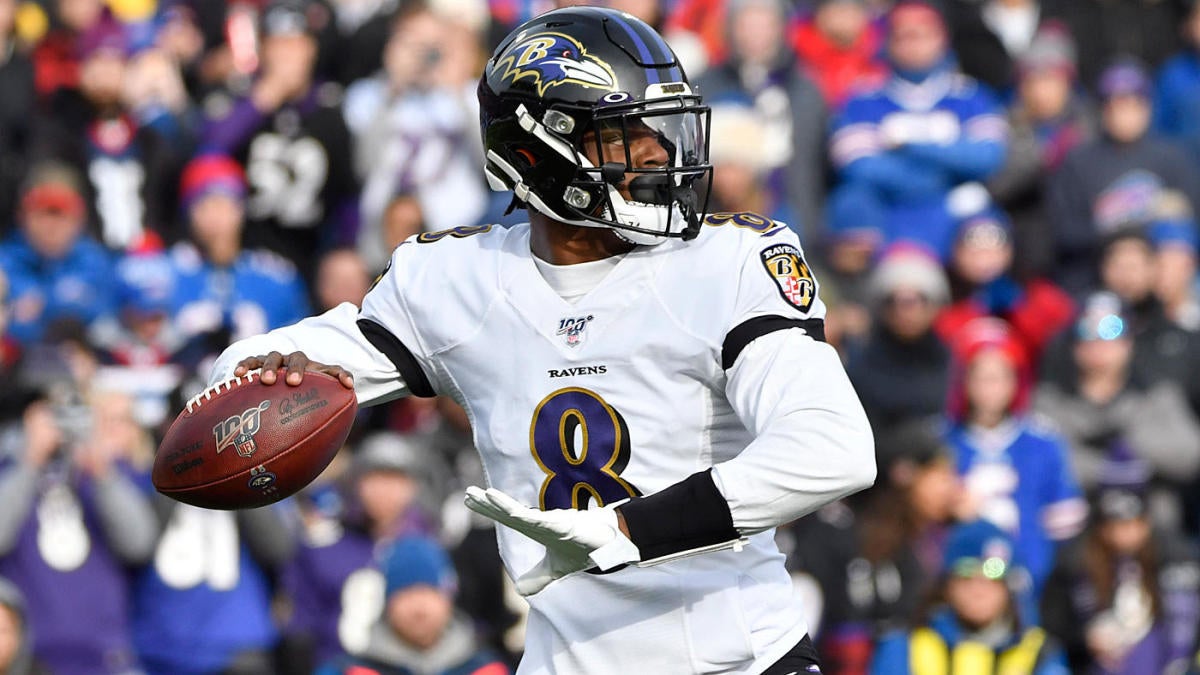 Pour one out for Thursday Night Football. Tonight is our final mid-week showcase for the rest of the season, kicking off the slow homogenization of our sporting schedules on television. Only two Monday Night Football games remain on the slate. Bowl season will conclude before you know it. Soon your options will be limited to basketball and hopelessly searching for ways to bet on whatever’s on ESPN Classic.

So enjoy tonight’s blowout. Bet on it if you’re so inclined. Turn tonight into the joyous occasion Thursday Night Football so rarely is.

All lines via William Hill.

Yes, the Baltimore offense has been held in check over the past two weeks, but they scored at least 37 points in their four prior games. The last two came against the No. 2 and No. 3 scoring defenses in the NFL. The Jets are 18th. The Ravens probably aren’t going to drop 40 points on every opponent they see moving forward, but the evidence suggests they are far closer to that team than they are to what we saw against the Bills and 49ers. If Baltimore can carry the bulk of the scoring load themselves, the Jets should be able to handle the rest. Their horrific showing against the Bengals notwithstanding, this is a team that scored 34 points three games in a row quite recently. This is a line that weighs outliers from the past few weeks far too heavily.

SportsLine expert Mike Tierney has hit 11 consecutive picks on games involving Baltimore, and he’s back with another for Thursday night’s matchup. Get his ATS pick on the Jets-Ravens game only at SportsLine.

This is a battle of actual trends against perceived trends. Boston should struggle on the second night of a back-to-back, but the Celtics are 2-0 against the spread in such situations this season. If Gordon Hayward is out, it should weaken the Celtics, but Boston’s net rating fell only from +9.3 to +7.2 during his lengthy absence, and that slight decline is explainable for a host of other reasons. Philadelphia, meanwhile, remains underwhelming on the road at 4-7-1 against the spread. Until the Sixers prove they can win big road games, there isn’t a compelling reason to pick against Boston here.

DFS millionaire Mike McClure has been a cashing machine for his followers this year, with 60% of his lineups at SportsLine finishing in the money. He’s released his tournaments lineups for Thursday’s slate, and you can see his picks over at SportsLine.

Yes, this is a lot of points to give, but Cleveland hits almost every box on the “bet against us” checklist. They are on the road. They are on the second night of a back-to-back. Their locker room is disintegrating right before our eyes. They are playing a Spurs team that historically feasts on teams below .500 through precise execution, and has started to figure things out by winning three of their past four. If there were ever a team to lay double-digits against, it is this one.

Emory Hunt is an amazing 96-59 on his college football picks this season, returning $3,188 to $100 players, and he’s released his optimal board for bowl confidence pools. Check out all his picks in order of confidence only at SportsLine.