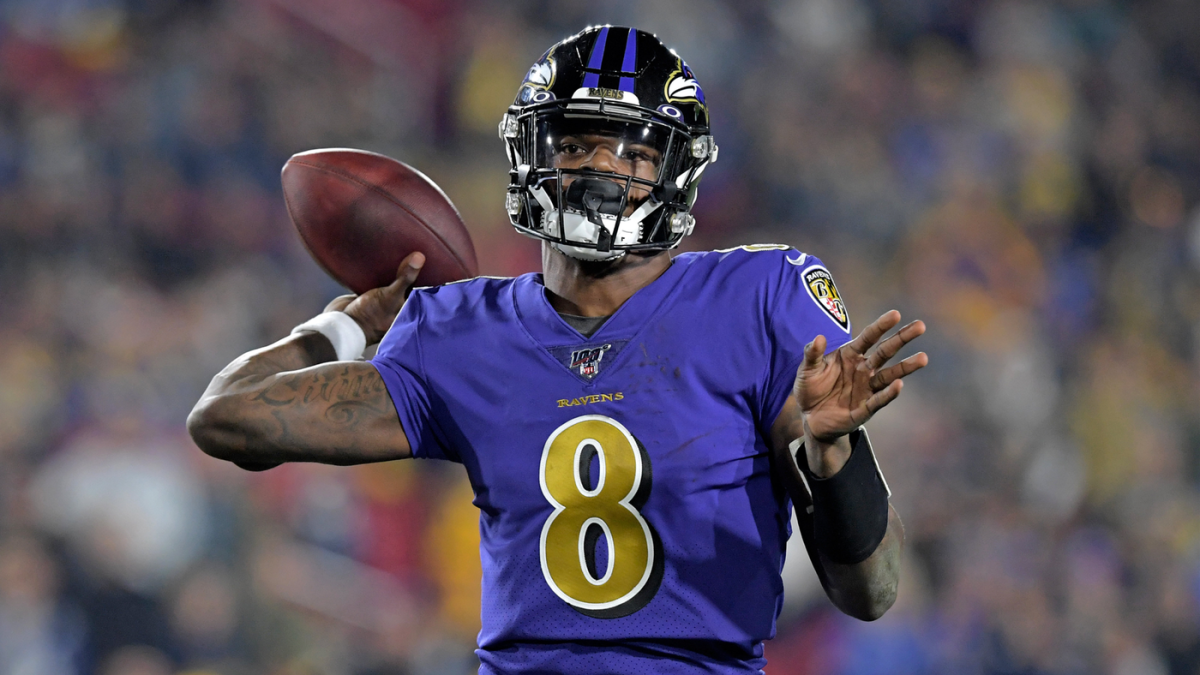 The Baltimore Ravens have survived challenges from two potentially playoff-bound opponents to run their winning streak to nine games. Now, they face an improving New York Jets team seeking a signature win with an upset. The teams square off on Thursday Night Football from M&T Bank Stadium, with kickoff set for 8:20 p.m. ET. The Ravens (11-2) recorded one-score wins against the Buffalo Bills and San Francisco 49ers the past two weeks to secure the earliest playoff berth in franchise history. Baltimore is a 17-point favorite and the over-under for total points scored is 44 in the latest Ravens vs. Jets odds after opening at 45. Before locking in any Jets vs. Ravens picks or Thursday Night Football predictions, make sure you see what SportsLine expert Mike Tierney has to say.

The veteran sportswriter, whose work appears in The New York Times and Los Angeles Times, has covered football of all levels for decades. That expertise has been evident since he joined SportsLine in 2016, as he has been a consistent winner in both college and pro football. He enters this week as SportsLine’s most profitable NFL handicapper this season, posting a record of 38-19 on his NFL picks and yielding a return of more than $1,700 for his followers.

What’s more, Tierney has had a sharp eye for the trajectories of these clubs, posting a record of 22-6 on NFL picks against the spread on games involving the Jets or Ravens over the past two seasons. He has been particularly locked in on Baltimore and has connected on his last eight picks involving the Ravens.

In the Week 11 Monday Night Football matchup between the Ravens and Rams, Tierney told SportsLine members that Baltimore (-3) would overwhelm Los Angeles and recommended backing the short road favorite. The Ravens dominated in a 45-6 win, giving Tierney’s followers another easy winner. Those who have consistently followed him are way up.

Now, he has locked in on Jets vs. Ravens from every angle and released a confident against-the-spread pick that is available at SportsLine. Go to SportsLine to see it. Here are the NFL lines and trends for Jets vs. Ravens:

Tierney knows Baltimore quarterback Lamar Jackson is active for Thursday Night Football even though he suffered a quad injury suffered against Buffalo. He has been limited in practice this week, but has repeatedly told the media he feels “great.” He has expressed similar sentiments on his social media accounts.

The second-year quarterback is believed to be front-runner in the league MVP race and he has a chance to build on a memorable season. Jackson already has become the first NFL quarterback to throw for more than 2,500 yards and rush for more than 1,000 yards in a season. He has 441 rushing yards and four touchdowns over his past six games.

Still, Baltimore isn’t assured of covering the Ravens vs. Jets spread against a New York club that has seen a resurgence in the second half of the season.

The Jets can take confidence from the fact that they notched their first AFC East victory last Sunday despite missing running back Le’Veon Bell and safety Jamal Adams. Bell missed the game because of an illness, but is expected to be available Thursday. Adams sat out because of a sprained left ankle and is doubtful for Thursday Night Football.

Darnold withstood having his hand stepped on to lead New York on its game-winning drive. The quarterback told the media the injury wasn’t serious, just minor bruising, and he is not listed on the team’s injury report. Darnold has thrown nine touchdowns against two interceptions in the past five games.

We can tell you Tierney is leaning under the total, but his much stronger play is on the spread. He’s found a critical x-factor that makes one side of the spread hit hard on Thursday Night Football. He’s sharing what it is, and who to back, only at SportsLine.

Who wins Jets vs. Ravens on Thursday Night Football? And what critical x-factor makes one side of the spread a must-back? Visit SportsLine now to see which side of the Jets vs. Ravens spread you should be all over Thursday, all from the football expert who has hit eight straight picks involving Baltimore.