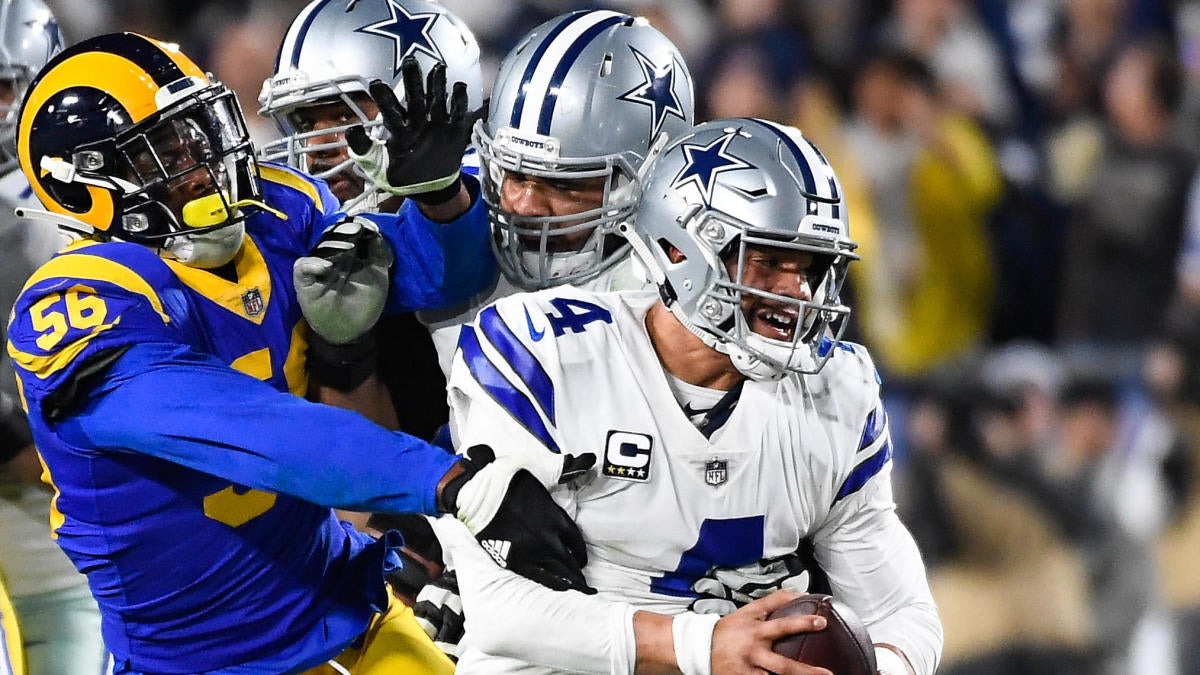 Week 15 of the 2019 NFL season gets underway Thursday with a battle of AFC foes, and then, this weekend, we get some anticipated matchups with serious playoff implications — including crucial games that could help decide division races.

Can the Texans rebound to stay atop the South? Or will Tennessee take control at home? Can Drew Lock’s magic extend into Arrowhead Stadium? Might the Bears play spoiler at Lambeau? Will the Eagles or Cowboys go ahead in the NFC East? We’ll find it all out in the coming days.

A week after yours truly finished 10-6 picking Week 14 straight-up (and 9-5-2 against the spread), we’ve got more predictions and picks against the spread — for every single game on tap — as you prepare for the next wave of action. Enjoy!

Not buying the Jets’ decent five-game stretch as a sign they’re actually decent. Neither should you. The only thing that might keep this from getting insanely ugly is the short week of prep for the Ravens, who still benefit from being at home.

Also make sure and listen to our Week 15 Best Bets Podcast and hit that subscribe button for eight-plus podcasts per week delivered straight to your favorite pod app.

Look, we all know by now that Jameis Winston is good for a pick or two. But the Bucs move the ball like nobody’s business. David Blough should be better than when he played Minnesota, but his Lions are no match, at this point, for Tampa Bay.

Washington’s defense isn’t horrible, and the Eagles are down a couple more starters after Monday’s ugly and injury-riddled win over the Giants. But Jim Schwartz should be able to disrupt Dwayne Haskins enough to keep the Birds in the NFC East race.

It’s never safe to pick against Aaron Rodgers at Lambeau, but you know what? The Bears are playing good football right now, the Pack have been stumped by good defenses before, and Green Bay will have a chance to rebound vs. the Vikings anyway.

Now that they’ve taped the Bengals’ sideline signals, is there any doubt the Patriots are winning here? Just kidding. Kind of. Cincinnati may be able to run the ball to keep things close, but New England will not drop this one in the thick of a hunt for playoff seeding.

Bill O’Brien’s team can’t be much less prepared than it looked against Denver, but that doesn’t mean Deshaun Watson’s going to save Houston from giving up the AFC South lead. Ryan Tannehill and Derrick Henry should have a day against the Texans defense.

The Panthers have struggled against the run all year long. Good thing for them they’re up against … one of the best rushing teams in the league. Russell Wilson and Co. shouldn’t have a whole lot of trouble staying pace with San Francisco while on the road.

Drew Lock is the talk of the AFC West after his second straight win, and, let’s be honest, it’d be kind of fun if he can pull off a third at Arrowhead. K.C. isn’t nearly as porous as Houston in the secondary, though, and Patrick Mahomes is still the real deal.

Pat Shurmur’s got to get another win at some point, right? Well, you’d think, but Miami isn’t afraid to just completely abandon the run and go bombs away with Ryan Fitzpatrick. For that reason, the Dolphins are primed to scar New York fans even more.

So much for Gardner Minshew lighting it up in place of Nick Foles. Oakland has been slumping just as bad, but the Jags are exactly what they need to get going, especially on the ground, where Josh Jacobs is expected to be back.

Kyler Murray should have a real chance to rebound coming back home against a so-so Browns team, but Cleveland’s offense, poorly and inconsistently coached as it may be, simply has more talent — and will be up against Arizona’s own shoddy “D.”

This is definitely the kind of game the Vikings would lose — on the road, after a sneakily ugly divisional win, against an overlooked AFC opponent, with the Packers looming on the horizon. Philip Rivers should just dump off to Austin Ekeler all day long.

The Falcons have done a heck of a job turning an abomination of a season into something. But Kyle Shanahan shouldn’t be worried. Even half of San Francisco’s Week 14 output will be good enough to take care of business at home.

Jason Garrett has to be feeling the heat. Fortunately for the Rams, Sean McVay couldn’t care less about that. And he’s got a defense capable of limiting Dak Prescott enough to ensure Los Angeles stays alive in the NFC wild-card picture.

Pittsburgh should be favored. The Steelers are quietly really, really solid. That defense is not to be trifled with. But for whatever reason, I can’t shake the feeling Sean McDermott and Josh Allen are going to find a way to get it done in a low-scoring affair.

It’d be nice to think Frank Reich has a prime-time upset in him, but man, do the Colts have to be worn thin right now. After getting roasted through the air by Jameis Winston, they’re going to have a tough time facing Sean Payton’s arsenal on the road.