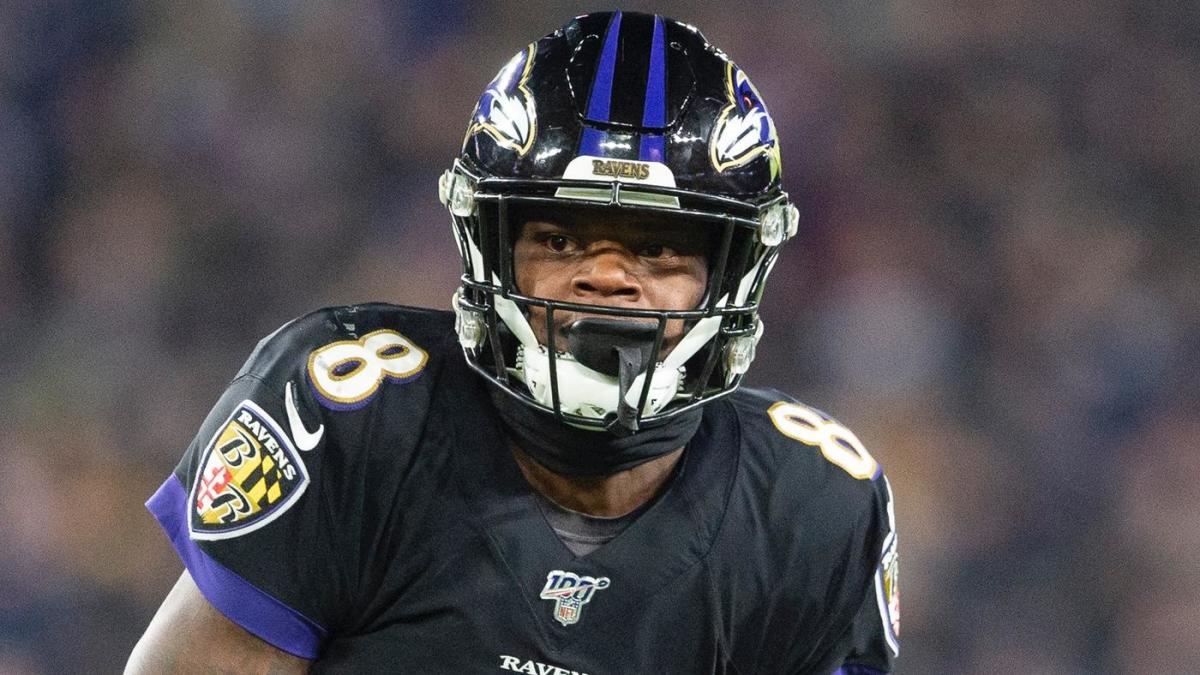 Lamar Jackson has added another milestone to what has been an MVP season.

With 8:36 left in the first quarter of the Ravens‘ Thursday night game against the Jets, Jackson, the Ravens’ second-year quarterback, broke Michael Vick’s single-season record for the most rushing yards by a quarterback on a five-yard run. Jackson also threw five touchdown passes in Baltimore’s 42-21 victory.

“It’s pretty cool,” Jackson told Erin Andrew of Fox Sports of breaking Vick’s record while admitting that he didn’t know exactly when he set the record. “I was trying to be locked in the entire game. My goal was to win the game, not to break records. [But] it’s Michael Vick; it’s amazing. I’m grateful.”

Along with his success through the air (he’s thrown at least three touchdown passes in seven games and at least five touchdowns on three separate occasions), Jackson has four 100-yard rushing performances and that includes his season-high of 152 yards in Baltimore’s Week 6 win over the Bengals. Six weeks later, during the Ravens’ Week 12 blowout victory over the Rams in Los Angeles, Jackson rushed for 95 yards on just eight carries while also throwing five touchdown passes in Baltimore’s 45-6 win.

Along with his success on the ground, Jackson also entered Week 15 as the league leader with 28 touchdown passes. He’s also completed 66.3 percent of his passes while leading a Ravens’ offense that is first in the NFL in scoring and rushing. Baltimore’s offense is also second in third-down efficiency and fourth in red-zone efficiency.

While Jackson left opposing defenses searching for answers, he also has former NFL defenders wondering how they would fare against him if they were still playing. Recently, former NFL Defensive Player of the Year Troy Polamalu was asked about the prospect of facing Jackson during an appearance on “The Stephen A. Smith Show”.

“I don’t think we’ve seen anything like him,” Polamalu said of Jackson. “I don’t know what I could have done, to be honest with you. I definitely would have wanted to be in the action and wanted to get my hands on a quarterback like Lamar, but nobody has been able to do it.”

Vick, a former dual-threat during is years with the Atlanta Falcons, rushed for 1,039 yards in 2006, a mark that stood as the NFL’s record for a quarterback until Jackson passed Vick on Thursday night. Vick, now an NFL analyst for Fox Sports, congratulated Jackson in a pre-recorded message shortly after Jackson broke his record.

“One of many milestones that you will surpass during your career,” Vick said to Jackson. “I’ll always be rooting for you.”