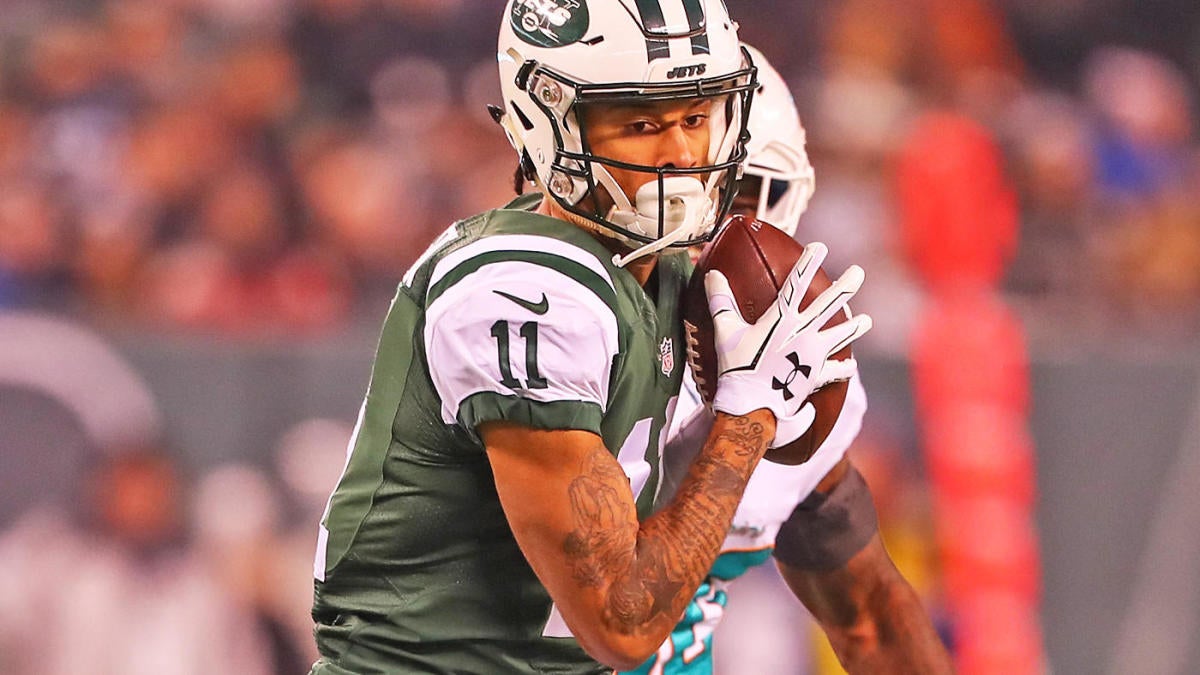 The Baltimore Ravens have won the AFC North Division three times this decade. Lamar Jackson and company can do it again when they host the New York Jets on Thursday Night Football. Kickoff is at 8:20 p.m. ET from M&T Bank Stadium in Baltimore. The Ravens hold a three-game lead over the second-place Pittsburgh Steelers, so Baltimore’s magic number is just one for the North title. The Ravens also control their destiny to become the AFC’s top seed in the NFL playoff picture, and it would take a major collapse for that not to happen. The Jets, meanwhile, will finish with a non-winning record for a fourth straight season and eighth in the past nine. Baltimore has covered eight of the past 10 in the series and is a 16.5-point favorite in the latest Jets vs. Ravens odds, up two from the opener, while the over-under for total points scored is 45. Before making any Ravens vs. Jets picks of your own, be sure to see the Thursday Night Football predictions from the SportsLine Projection Model.

The model, which simulates every NFL game 10,000 times, is up over $7,000 for $100 players on its top-rated NFL picks since its inception four years ago. It has nailed its recent top-rated NFL picks, entering Week 15 of the 2019 NFL schedule on a strong 33-21 run that dates back to last season.

It’s also on an incredible 95-64 roll on top-rated NFL picks that dates back to the 2017 season. The model ranked in the Top 10 on NFLPickWatch the past three years on straight-up NFL picks and beat more than 96 percent of CBS Sports office pool players last season. Anyone who has followed it is way up.

Now, the model has set its sights on Jets vs. Ravens. We can tell you it’s leaning over the total, and it also has generated a strong against the spread pick that hits in well over 50 percent of simulations. Go to SportsLine to see it. Now, here are the betting lines and trends for Jets vs. Ravens:

The model knows Baltimore’s Lamar Jackson is having one of the strongest seasons by a quarterback in NFL history. The former Heisman Trophy winner doesn’t often throw for a ton of yards, but leads the NFL with 28 touchdown passes and is ninth with 1,017 yards rushing. He should break Michael Vick’s single-season quarterback record of 1,039 yards, set in 2006 with the Falcons, on Thursday Night Football.

During their nine-game winning streak, the Ravens are beating teams by an average margin of 17.7 points. They are 6-1 against the spread in their past seven following a win and have covered four straight games against AFC competition. Jackson and the offense might catch a break, as Jets Pro Bowl safety Jamal Adams is doubtful. He missed Week 14 with an ankle injury.

But just because Baltimore is a sizable home favorite doesn’t mean it will cover the Jets vs. Ravens spread on Thursday Night Football.

New York has played much better since an embarrassing 26-18 loss at then-winless Miami in Week 9. The Jets got payback for that loss on Sunday in Week 14, edging the Dolphins 22-21 at MetLife Stadium. Sam Ficken kicked a 44-yard field goal as time expired to make up for a missed point-after try earlier in the game. It was the longest walk-off field goal in franchise history.

In Week 14, the Jets were without arguably their most important offensive player, running back Le’Veon Bell, and their best defender, safety Jamal Adams. Bell was dealing with the flu but was feeling much better early this week and should play on Thursday. Adams was out due to an ankle injury, with Coach Adam Gase saying he’s “not going to count him out” for this game. The Ravens haven’t been a good bet of late as home favorites, covering just one of their previous eight.