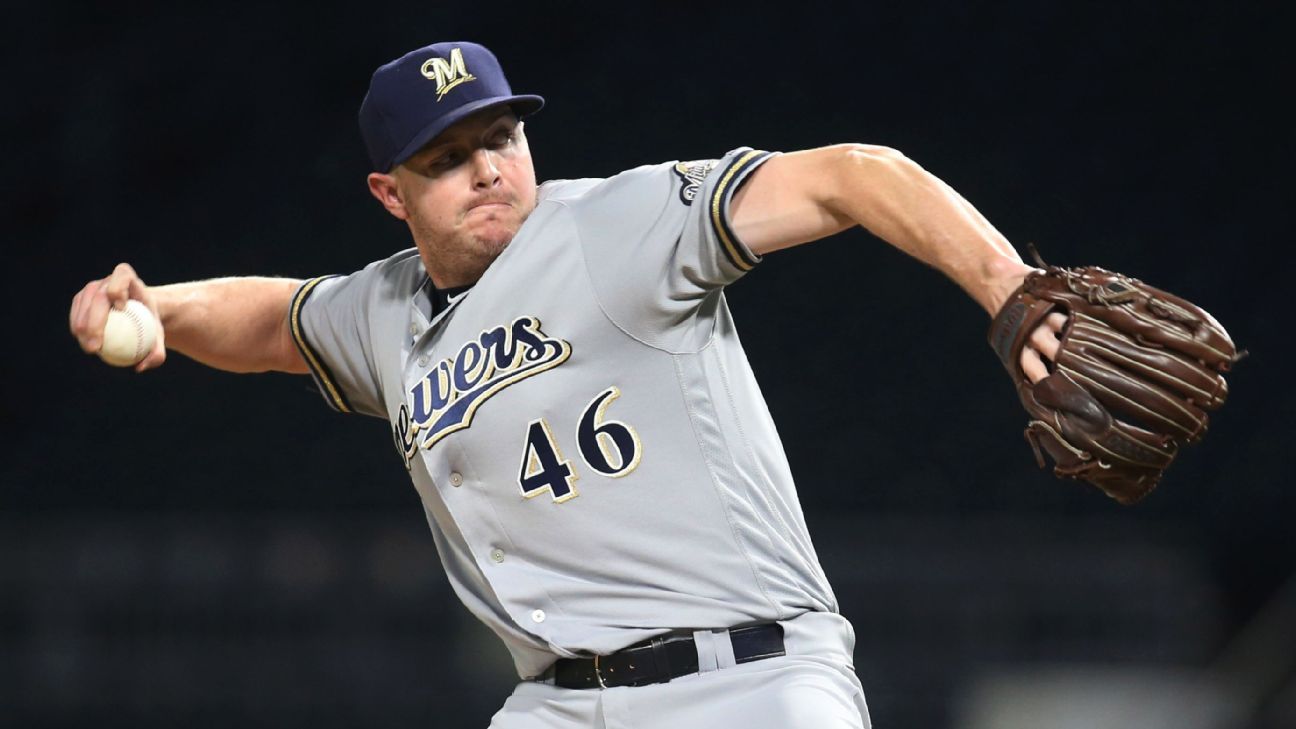 SAN DIEGO — The Milwaukee Brewers agreed to a one-year contract for $5,125,000 with pitcher Corey Knebel, who is returning from Tommy John surgery.

A 28-year-old right-hander, Knebel hurt his elbow during spring training and had surgery on April 3. He had been eligible for salary arbitration and will have the same salary as in 2019.

His deal includes a $50,000 bonus for being comeback player of the year along with other award bonuses.

His deal was announced Tuesday.