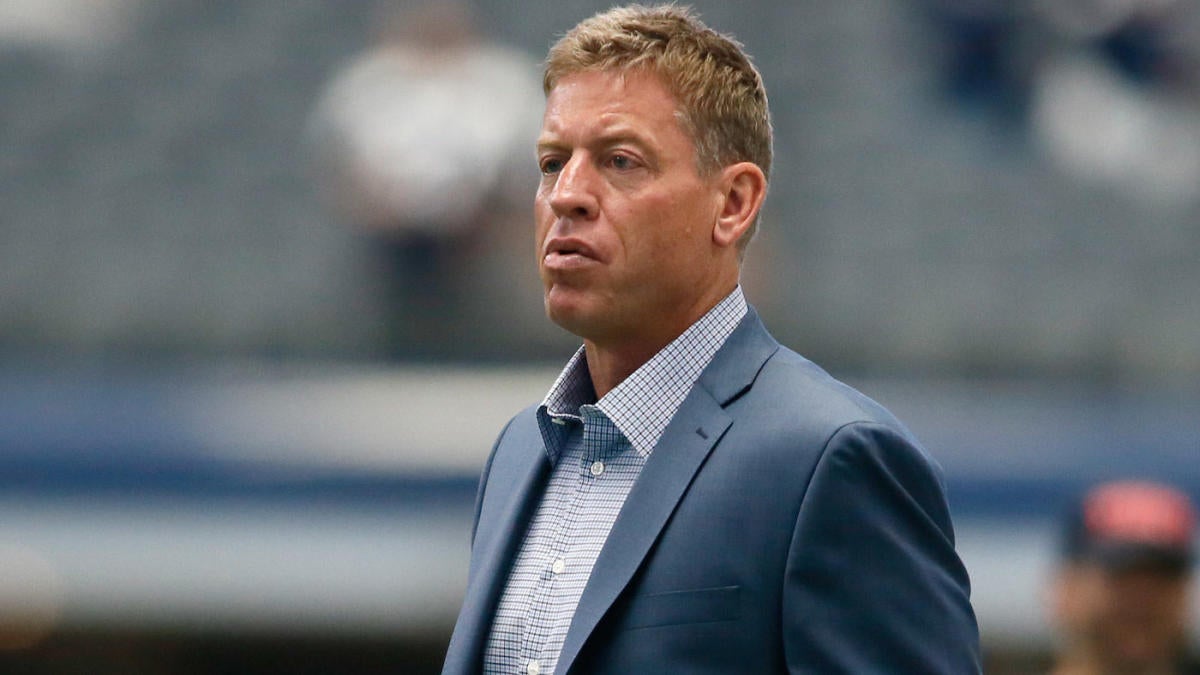 Troy Aikman has made two successful careers for himself, first as a NFL quarterback, followed by a broadcasting career as the No. 1 color commentator for Fox Sports. Aikman also appears set to try becoming successful in another profession involving football: general manager.

If Aikman gets that opportunity, he doesn’t expect it to be with the Dallas Cowboys, the only NFL team he ever played for. The reason: Jerry Jones.

“I doubt it. I mean, I think that’s a real long shot,” Aikman said on 1310 The Ticket regarding his chances of becoming the Cowboys general manager. “I believe that it’s unlikely that Jerry will ever bring somebody in that can help this football team in that regard just because he’s been real stubborn and steadfast, in that he’s the one in charge.

“I think in a lot of ways until that changes, this team’s going to have some problems. Would he ever ask me to come be a part of it? I think that’d be a real leap of faith. I don’t envision that happening, and I don’t envision it happening at any point, quite honestly, no matter who’s in charge out there.”

Jones has not talked to Aikman about becoming the Cowboys general manager.

“I have a great respect for Troy,” Jones said on 105.3 The Fan, via the Dallas Morning News. “He has the ability with what he does to look at a broad swath of what the NFL does good, what it doesn’t do good. I have all the respect in the world for that. More importantly, I have such respect for the contribution that he made to the Dallas Cowboys. And, that’s where that is.”

Jones is reluctant to give up his power as general manager of the Cowboys, especially since the team’s owner believes he’s the best man capable of bringing the Cowboys another Super Bowl. Jones has served as the Cowboys owner/president/general manager since purchasing the team in 1989, taking over for longtime general manager Tex Schramm. His conflict with former Cowboys head coach Jimmy Johnson, who also was largely responsible from turning the Cowboys from last place in the NFC East to two Super Bowl titles in five years, has escalated in the Cowboys failure to rebuild that dynasty in the early-to-mid 90s. Johnson still isn’t in the Cowboys “Ring of Honor” because Jones believes he’s the reason Dallas built those championship teams, not Johnson … who shared making the personnel moves.

Since winning their last Super Bowl in the 1995 season, the Cowboys have failed to reach the NFC Championship Game. Dallas has won six NFC East titles in the 24 years since, with a 200-181 record, all with Jones calling the shots as general manager.

Aikman wants an opportunity to transform a franchise like John Lynch has had in San Francisco and John Elway has had in Denver, two former NFL greats who took on a front office role. That opportunity does seem to be slipping.

“With each year that passes, the likelihood of it happening becomes less and less,” Aikman said. “Relatively speaking, I’ve got a lot of great years left and I feel that having been in a championship locker room and knowing what that looks like, what that feels like, and then I guess my job now as a broadcaster, I’ve been in those organizations.”