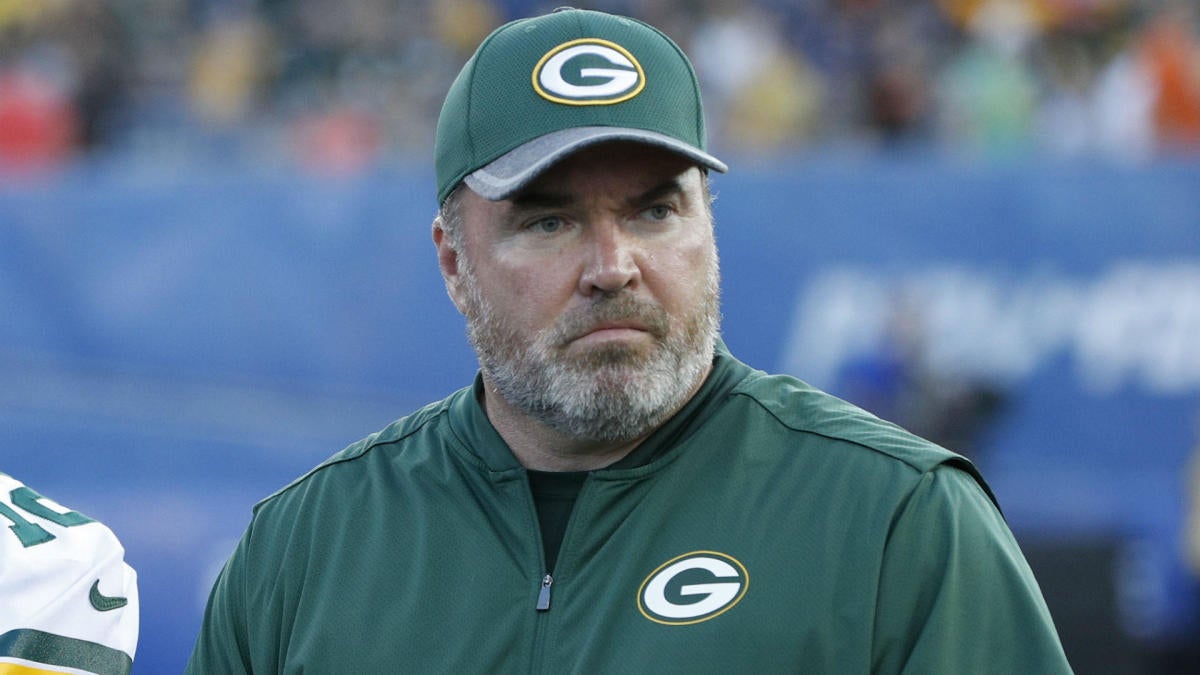 It’s now been more than a year since Mike McCarthy was fired by the Green Bay Packers, ending a 13-year run as head coach that included four NFC Championship Game appearances and a Super Bowl title.

As CBS Sports’ Jason La Canfora reported in November and NFL Network documented this week, McCarthy is now “preparing in earnest” for a return to the sidelines in 2020. After spending most of this season with his family, away from the game, the 56-year-old has formed The McCarthy Project, per NFL Network’s Tom Pelissero, an assembly of longtime coaches collaborating “as if they’re the NFL’s 33rd coaching staff” with everything from film and analytics study to playbook prep and practice scheduling.

Alongside names like Jim Haslett and Frank Cignetti Jr., McCarthy has set his sights squarely on resuming head-coaching duties, and he told Pelissero his whole family is in on the mission.

“We need to do this,” he said. “Coaching in this league’s a way of life. And then you think it’s a way of life for a coach, but it’s for your whole family. We need football right now. We won’t need it forever, but we need it right now.”

Fortunately for McCarthy, there figure to be at least a half dozen head-coaching vacancies by the time the 2019 season comes to a close. In advance of that whirlwind, here’s an early look at five of the most logical destinations for the longtime Packers coach:

Matt Patricia is 9-19 through his first 29 games running the show in Detroit, and his specialty, the defense, doesn’t look like anything special, either. McCarthy, meanwhile, doesn’t appear vindictive when discussing his old team, but he was “blindsided” by Green Bay firing him in-season, La Canfora reported in November, especially after delivering a Lombardi — and more than 12 years of work — to the Packers. Coaching the Lions wouldn’t just be about sticking it to Green Bay, though. It would be about returning to a division he knows through and through, falling into an offense with no shortage of ready-made weapons (QB Matthew Stafford, RB Kerryon Johnson, WR Kenny Golladay, TE T.J. Hockenson) and giving the Lions a much-needed shot of winning experience.

The Patriots are involved in another controversy and there’s a lot to go over. Brady Quinn and Ryan Wilson join Will Brinson to break it down, along with culture issues in Cleveland, the 2020 draft and more. Listen below and be sure to subscribe for daily NFL goodness.

Freddie Kitchens has been woefully inept for much of his time leading the charge in Cleveland, and the team before him could use a wake-up call. The Browns reportedly considered or courted McCarthy after his Packers dismissal, so they could conceivably go after him again. This one might not be as appealing to McCarthy himself, considering the organization’s still on a ridiculous streak of playoff absences, but you can do a lot worse than getting the keys to Baker Mayfield and Nick Chubb. Even if the glitz and glamour isn’t there with this potential pairing, it makes sense solely because McCarthy is the kind of guy John Dorsey wanted Kitchens to be.

The Giants have failed on two straight offensive coaches since the days of Tom Coughlin, canning Ben McAdoo after less than two seasons and somehow talking themselves into the blandness of Pat Shurmur, whose record is even worse than McAdoo’s. Suffice to say, they aren’t going to want to mess around with their next hire now that a potential franchise QB is on board, and who better to turn to than the guy who coached Aaron Rodgers, long led one of the conference’s top contenders and rolled over the G-Men back in the 2016 playoffs? The biggest obstacle to McCarthy heading to the Big Apple might be another big-name candidate in Ron Rivera, who would offer the Giants a bolder personality on the opposite side of the ball.

No matter what Jerry Jones has or hasn’t said, his actions have spoken loud and clear over the years: He likes Jason Garrett. But if Dallas does, in fact, miss out on a prime chance to win the NFC East and fail to make the postseason for the seventh time in 10 years, McCarthy may represent the most proven offensive mind on the market. We know Jones is fond of the potential of the Cowboys offense, what with Dak Prescott, Ezekiel Elliott and Amari Cooper all due for big bucks after their statistically impressive 2019, and while there could be one or two sexier, off-the-wall hires to be made in order to replace Garrett, you’d be hard-pressed to find someone as accomplished — in the NFC, with a history against Dallas, no less — as McCarthy.

Since dismissing Rivera, Panthers owner David Tepper has reportedly kicked off an effort to mine help from his old team, the Pittsburgh Steelers. And while McCarthy has never worked for the Steelers, he’s a Pittsburgh guy through and through — born in the city, raised in the area, groomed for a four-year position on staff with Pitt’s football team in the 1990s. His specialty also happens to be offense, which would mark a welcome change-up from Rivera’s focus of the last decade. With QB Cam Newton potentially on the way out, Kyle Allen in tow for development and the possibility of Carolina bringing in a new QB altogether, there’s never been a better time for this kind of pairing, where McCarthy could step in and have an immediate say on how the club’s rebuilding will take shape.