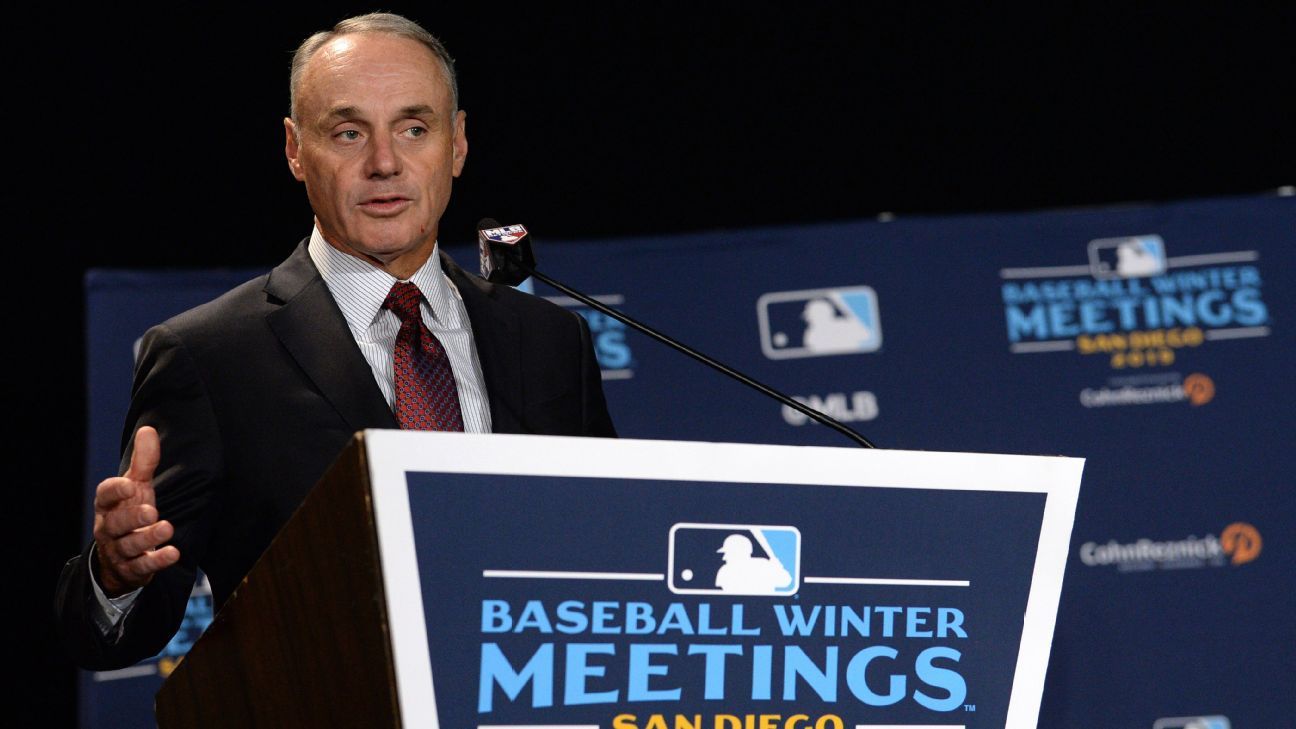 SAN DIEGO — MLB commissioner Rob Manfred shared details about the extent of the league’s investigation into sign-stealing allegations regarding the Houston Astros on Wednesday, but did not offer a timeline for when the result of the probe, and its consequences, will be known.

“I think that this is probably the most thorough investigation that the commissioner’s office has ever undertaken,” Manfred said. “We’ve interviewed already nearly 60 witnesses, (read) 76,000 emails, a whole additional trove of instant messages. That review has caused us to conclude that we have to do some follow-up interviewing.”

For now, the process is ongoing.

“It is my hope to conclude the investigation just as promptly as possible,” Manfred said. “But it’s really hard to predict how long something like that is going to take.”

The investigation was launched after former Astros pitcher Mike Fiers told the Athletic that the 2017 Houston club, for which he played and which won the World Series, used video from a live camera feed to steal catchers’ signs, and that someone in the dugout would hit a trash can to communicate the pitch type to batters in real time.

The scope of the inquiry has since expanded, and Manfred said it’s too soon to discuss the possible penalties stemming from investigators’ conclusions.

“At this point in the investigation it would be wholly inappropriate for me to speculate about what types of discipline might be in play,” Manfred said. “I’m going to get all the facts in front of me and make a decision as promptly as possible on discipline, and obviously you all will know about it as soon as it happens.”

Other items from Manfred’s 26-minute session with the media:

• Manfred confirmed that the 2020 draft will be held in Omaha, Nebraska, and for the first time will not overlap with the College World Series. Next year’s date for the first day of the draft will be moved from June 8 to June 10. The hope is to improve the draft-day experience for the top players selected, while also generating more interest in the draft in general.

• Rule changes such as the new three-batter minimum for pitchers, limits to roster options such as the number of pitchers a team can carry, and changes to the minimum length of injured list stays are expected to “be operational in the 2020 season.”

Specifically, Manfred confirmed that the injured list for pitchers would revert to 15 days from 10, and that pitchers optioned to the minors would have to spend 15 days there before being recalled. Active rosters would increase by one to 26 from opening day through Aug. 31, and would drop from 40 to 28 from Sept. 1 through the regular-season finale.

• As he has previously stated, Manfred downplayed the notion that MLB has made a firm decision to contract the minor leagues by a reported 42 teams. The agreement between MLB and minor-league baseball expires on Sept. 15, 2020, and the public tenor of the dialogue between the two sides has been contentious.

“The fact of the matter is at the point in time this became public, we had precisely three negotiating sessions. It is by no means a fait accompli as to what the agreement is going to look like,” Manfred said.

• Manfred said that he is not in favor of switching to synthetically-produced baseballs in an effort to reduce variability in performance from ball to ball.

“I would not, am not now, and would not be in favor of moving away from the baseball that has traditionally been used to play what I regard to be the greatest game in the world. I think the variability in the baseball is a product of the fact that it is a man-made product with natural materials. I think that’s part of the charm of the game.”

• Manfred said that the New York Mets have followed league guidelines during their proposed sale process which would transfer control of the team from the Wilpon family to Steve Cohen.

“I do not expect that there will be any governance issues associated with the plan that they have in place for the transition of the Mets. It’s a pretty standard-looking transaction in terms of path-to-control and transition.”