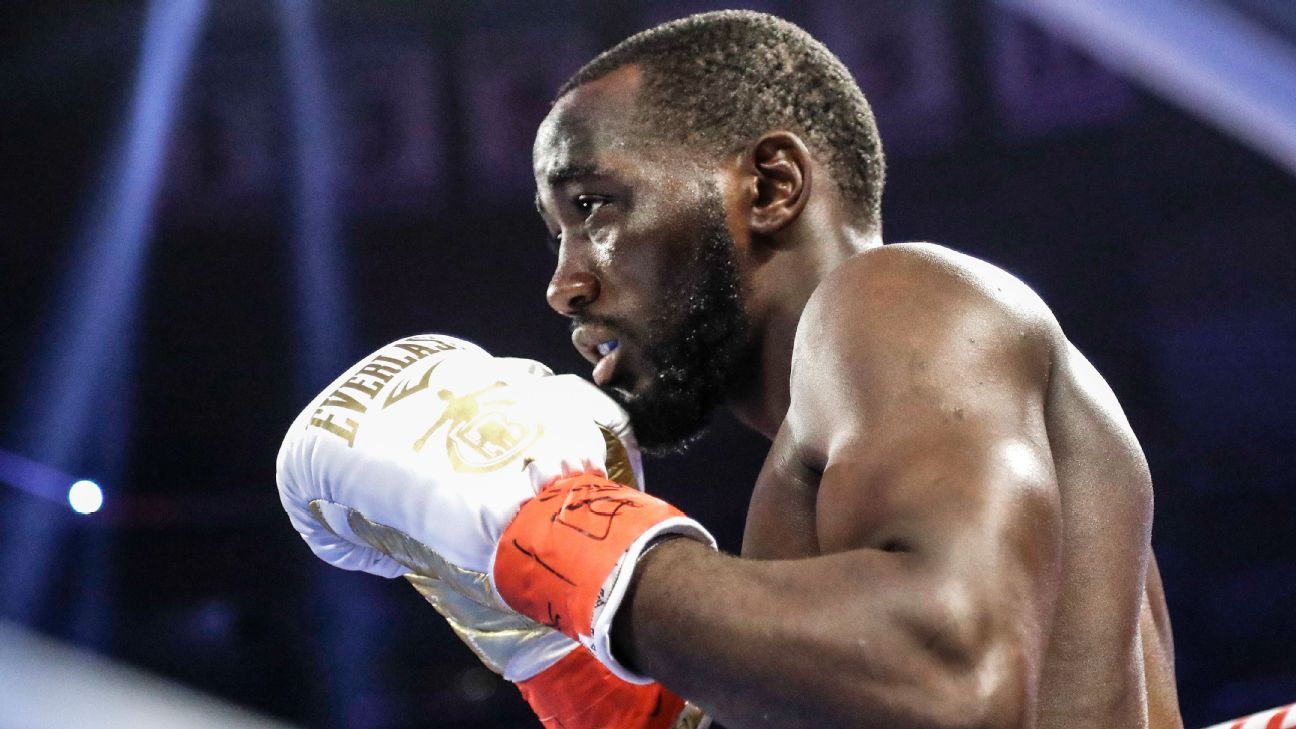 When it comes to welterweight world titlist Terence Crawford in recent years, the conversation has often been about what big-time fight the pound-for-pound star can get.

But Crawford on Wednesday said his only focus is on mandatory challenger Egidijus “Mean Machine” Kavaliauskas, whom he will fight in the Top Rank Boxing on ESPN main event on Saturday (ESPN and ESPN Deportes, 9 p.m.) at Madison Square Garden in New York, immediately following the network’s telecast of the Heisman Trophy presentation.

“I am well-prepared for whatever he brings to the table, and I’m sure they know that as well. … I’m not focused on no other opponent besides the opponent that’s in front of me,” Crawford said sternly at the final pre-fight news conference on Wednesday at Madison Square Garden. “My goal is to make sure I get the victory come this weekend, and that’s the only person I’m focused on now.

“Anyone else is talk. It goes in one ear and out the other. He’s young, hungry and I’m not taking him lightly.”

However, Crawford is promoted by Top Rank and fights on ESPN, and each of those fighters competes under the Premier Boxing Champions umbrella and on either Showtime or Fox. Making those deals is very difficult, especially when those other boxers have been fighting essentially in a round-robin with each other.

“Crawford was on my mind from the start of training camp in June. So every day was Crawford, Crawford, Crawford. My mindset is good,” said Kavaliauskas, a two-time Olympian for Lithuania, who fights out of Oxnard, California. “I’m happy for this fight. When this fight was made officially, I was super happy. I was smiling all day. I want to fight the best, and we’re fighting in the Mecca of Boxing.”

The tripleheader card also features two other significant bouts, with Richard Commey (29-2, 26 KOs), 32, of Ghana, making the second defense of his belt against rising star Teofimo Lopez (14-0, 11 KOs), 22, the 2018 ESPN prospect of the year from Brooklyn, New York, in the co-feature.

“It’s a blessing. It’s a breathtaking moment. It’s just something I have to visualize and just know that, 22 years old, I have a great opportunity here to do a lot,” Lopez said. “I’m excited, man. What better way to finish off the year than fight in the Mecca of Boxing, Madison Square Garden, for my first world title, in New York? This is a moment right here.”

Top Rank chairman Bob Arum said that unified lightweight champion Vasiliy Lomachenko will be ringside to scout the fight. He is expected to fight the winner to further unify the 135-pound division in March or April.

“He’s coming in on Friday to watch this match. Vasiliy Lomachenko will be here,” Arum said. “A lot at stake in this Lopez fight with Commey.”

Nikitin’s second win over Conlan in the quarterfinals of the 2016 Olympics is one of the most controversial results in amateur boxing history. It sparked international controversy and was part of the reason several judges were removed from the Games.

“Mick Conlan gets his chance for revenge,” Arum said. “You all know the story. When most people thought he’d won his fight in the Olympics and Nikitin was given the nod, now they have a chance in professional boxing for revenge, a rematch. And that will be of interest to fans all over the world.”