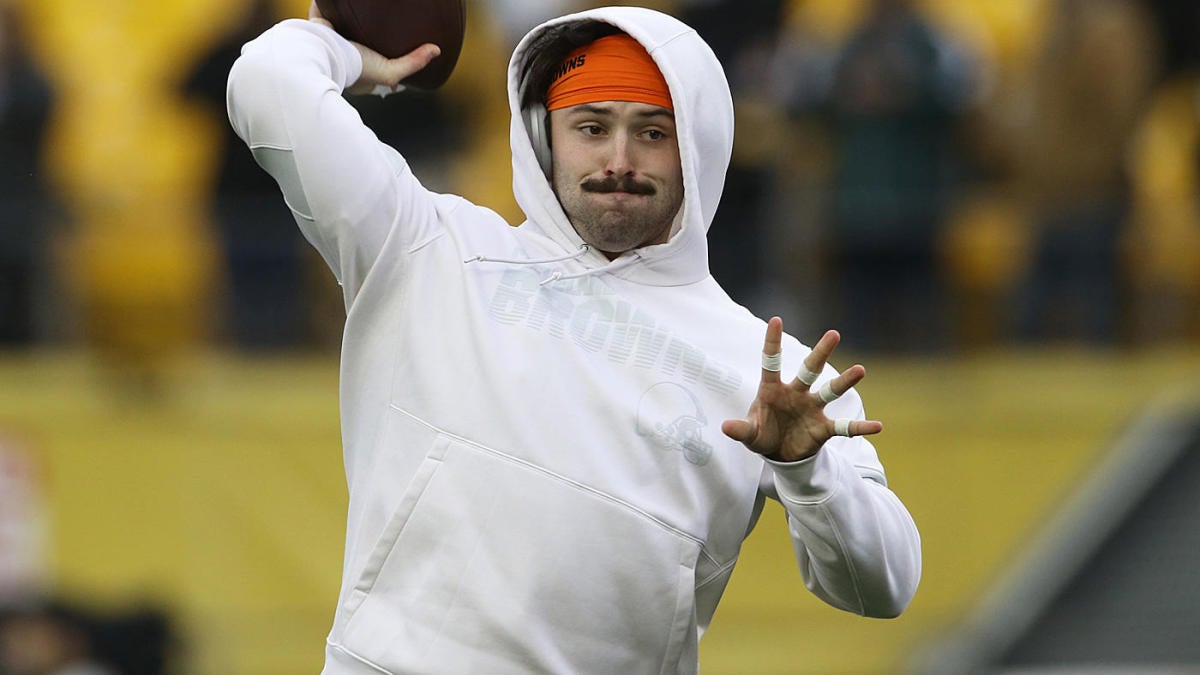 Another week, another instance of Baker Mayfield having to explain himself over controversial comments made regarding the Cleveland Browns. In what seems to be a weekly ritual, Mayfield stood at the podium and addressed comments he made towards the Browns medical staff regarding Odell Beckham’s sports hernia injury, which the Browns wide receiver is playing through as he reportedly needs surgery.

Mayfield said the injury “wasn’t handled right in our training room,” but quickly clarified his comments on Twitter shortly after. On Wednesday, Mayfield wasn’t asked to elaborate on his apology until seven minutes into the press conference, when he further broke down what he meant earlier in the week.

“I had the conversations I needed to within our building,” Mayfield said. “Like I said when I addressed it afterwards. The affect that those words have in the bigger scheme, the bigger picture were not my intentions. The people within our building, like I said, they know where I’m coming from, they know my frustration. They know if I was happy-go-lucky about everything then we’d have a real problem on our hands, but I talked to the people I needed to and I’m confident in that and us moving forward.”

It’s not clear if the Browns medical staff shares the same sentiments as Mayfield.

Mayfield obviously spoke with his emotions Sunday, especially regarding the struggles of Beckham in his first season with Cleveland. Beckham has just 59 catches for 844 yards and two touchdowns in 13 games, ranking 34th in catches, 25th in yards, 29th in yards per catch (14.3), and 98th in touchdowns.

“He’s fighting through pain and is showing you how much he really wants to win,” Mayfield said. “He wants to be the solution to help us. It’s the same message. I think that’s where the frustration comes from and we can sense that.”

Beckham gave a vague answer regarding his future in Cleveland last week, which brings into question whether he’ll be with the Browns next year. Mayfield didn’t seem too concerned with what Beckham is planning, saying he can’t speak for the wide receiver.

“There’s all the rumors going around, but I have my conversations with him and I know what we talk about and I trust him wholeheartedly,” Mayfield said.