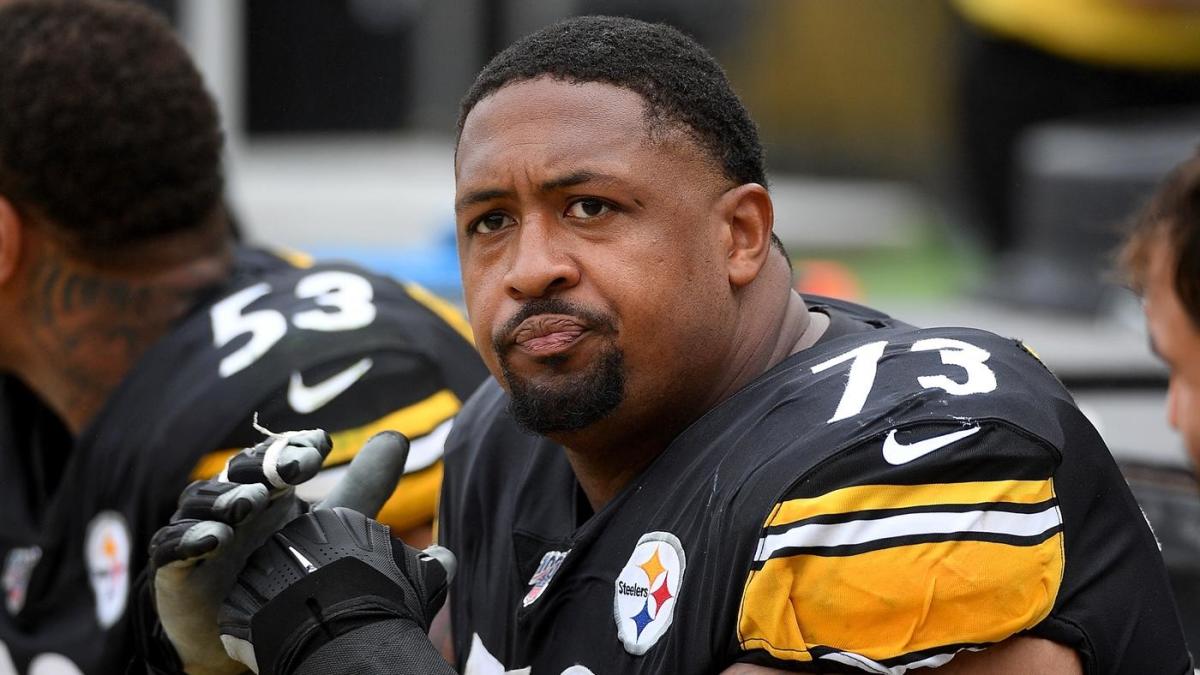 While there are surely non-Patriots fans that are hoping the Patriots are found guilty of illegally recording signals during this past Sunday’s Bengals-Browns game, Steelers veteran offensive lineman Ramon Foster isn’t one of them.

Foster, who is also the Steelers’ players union representative, said as much during an appearance on 93.7 The Fan on Tuesday. Foster was specifically asked about the Patriots’ newest recording controversy, as a member of New England’s video content team was caught illegally recording the field during Cleveland’s victory over Cincinnati, the Patriots’ Week 15 opponent. The Athletic’s Paul Dehner Jr. is reporting that the footage, which has been obtained by the Bengals and the NFL, includes about eight minutes of footage “focusing on recording the Bengals’ sideline.”

“I really hope they’re not playing afoul like that because if that’s the case, I think that’s bigger than steroids, HGH or anything else like that,” said Foster, a member of Pittsburg’s 2016 team that fell to the Patriots in the AFC Championship Game. “You’re slanting a game and you’re not giving both sides of the ball a fair competition. That’s ‘if’.”

Patriots head coach Bill Belichick, during a conference call with the media on Tuesday, denied having any involvement with the production team’s recording during Sunday’s game.

“We’re competitive and we’ll try to be competitive in every area,” said Belichick, who was fined $500,000 back in 2007 after a team employee was discovered recording unauthorized footage of the Jets and Packers. “But we don’t knowingly, intentionally want to do anything that’s across the line.

“But since [the events of 2007] happened, I’d say we’ve tried to keep a good distance behind the line and not maybe take it as far as we might have in the past. But it’s never really fundamentally changed there.”

In 2015, an in-depth report by ESPN unveiled the extent of the Patriots’ illegal recording during their first championship run. Included in ESPN’s reporting is an excuse Patriots’ videographers were given if they were caught in the act. The excuse included in the report is in line with what the Patriots are saying now with regard to Sunday’s incident.

“As the Patriots became a dynasty and Belichick became the first coach to win three Super Bowls in four years, an entire system of covert videotaping was developed and a secret library created. ‘It got out of control,’ a former Patriots assistant coach says. Sources with knowledge of the system say an advance scout would attend the games of upcoming Patriots opponents and assemble a spreadsheet of all the signals and corresponding plays. The scout would give it to [Ernie] Adams, who would spend most of the week in his office with the door closed, matching the notes to the tapes filmed from the sideline. Files were created and organized by opponents and by coach.

“During games, [Matt] Walsh later told investigators, the Patriots’ videographers were told to look like media members, to tape over their team logos or turn their sweatshirt inside out, to wear credentials that said Patriots TV or Kraft Productions. The videographers also were provided with excuses for what to tell NFL security if asked what they were doing: Tell them you’re filming the quarterbacks. Or the kickers. Or footage for a team show.”

While certain members of the 2001 Rams are still suspicious of possible foul play by the Patriots before New England’s stunning victory over St. Louis in Super Bowl XXXVI, several former Steelers are also still haunted by the prospect of possible foul play that may have taken place prior to the 2001 AFC Championship Game. Included in ESPN’s 2015 report is that the Patriots had “handwritten diagrams of the defensive signals” the Steelers used during New England’s 24-17 victory. Three years later, the Patriots again defeated the Steelers one game shy of the Super Bowl.

Former Steelers wide receiver Hines Ward, during an interview with Barstool Sports in Atlanta before Super Bowl LIII, still questions the legitimacy of those Patriots’ victories.

“When we played [New England] in the championship games, we would audible, and the whole defense switched to the side that we were running,” he said. “I just don’t understand how [the Patriots] knew all our audibles, all our signals.”

“The Spygate thing, that was frustrating,” former teammate Jerome Bettis told the Pittsburgh Post-Gazette back in 2015. “Looking back, there were opportunities that were blown that was very hurtful,” Bettis said. “But you can’t cry over spilled milk, and we lost those opportunities. We should have played better and we didn’t and we can’t do anything but blame ourselves.”