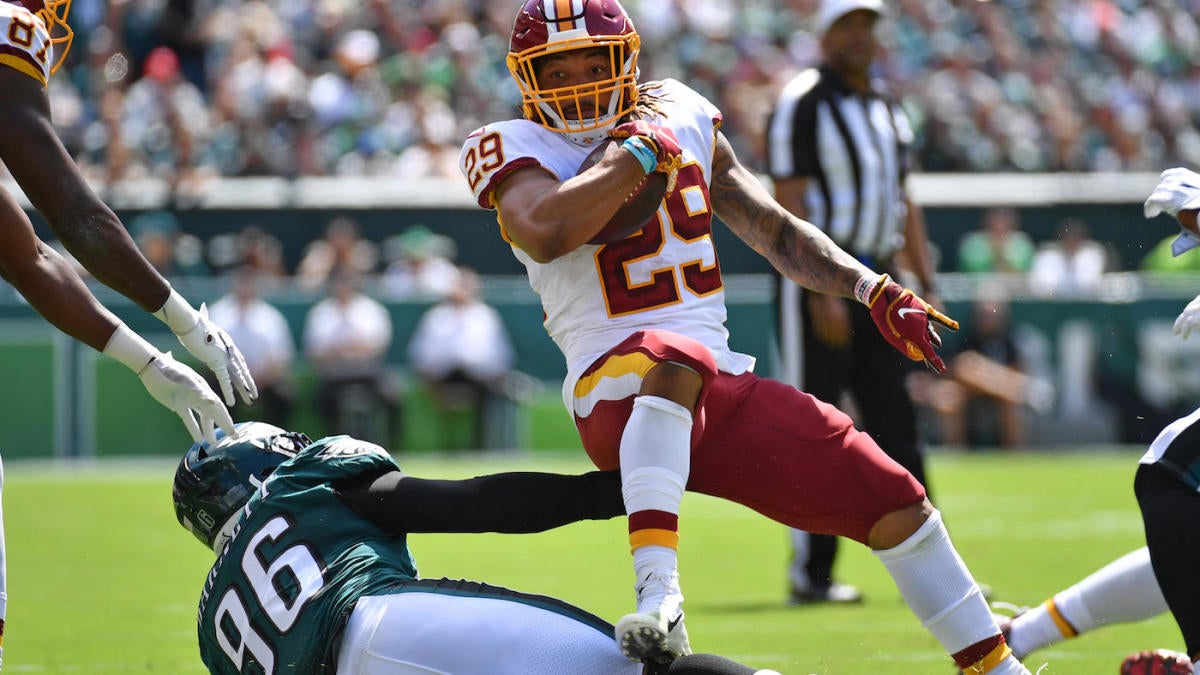 Washington Redskins running back Derrius Guice has struggled with injuries over his short time in the NFL, and he will miss the remainder of the 2019 season after suffering a knee injury during Sunday’s 20-15 loss to the Green Bay Packers. On Tuesday, the team announced that the results of Guice’s MRI were enough to convince the organization to shut him down for the rest of the season.

Halfway through the second quarter, Guice broke loose for a big, 23-yard rush, and was taken down in an awkward fashion. Guice remained down for a short amount of time, and he then walked off the field with assistance from the training staff. The Redskins announced that he was questionable to return with a knee injury, but they ruled him out following the halftime break.

Guice finishes the 2019 season having rushed for 245 yards and two touchdowns on 42 carries. He also caught seven passes for 79 yards and a touchdown. Despite having only played in five games, Guice is the Redskins’ second-leading rusher.

The Redskins did not go into specifics about the injury Guice suffered on Sunday, but Ian Rapoport reports that it was an MCL sprain.

“I know what he’s been through, and that’s the last thing he needs,” Adrian Peterson said after the Packers game, via Redskins.com. “I told him to take the positive side of things. It could have been worse.”

The 22-year-old has been very effective on the field when healthy. Unfortunately, staying healthy has been a struggle so far.