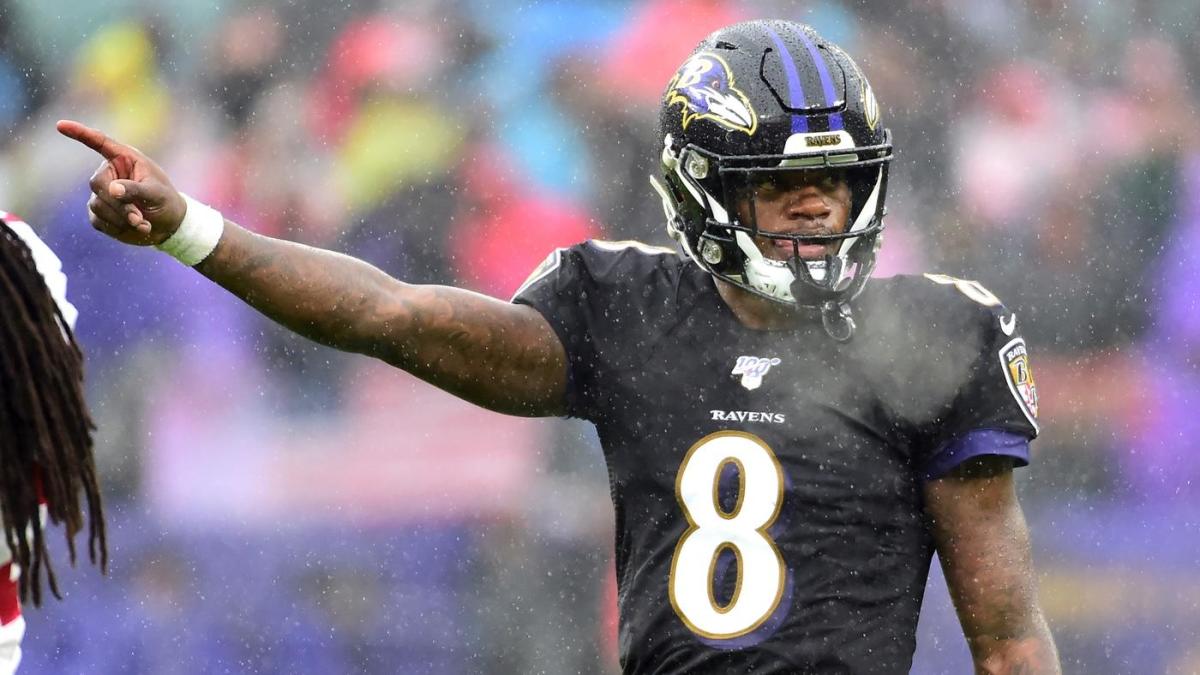 There are just three weeks left in the regular season, but there are plenty of playoff spots still up for grabs in both the AFC and NFC. With 14 weeks in the books, only three teams have clinched a playoff spot. The Saints are the NFC South champions, Kansas City won the AFC West and the Ravens have, to this point, clinched a spot in the tourney.

On deck for this week, Baltimore can secure as much as the No. 1 seed in the AFC if certain dominos fall their way. Elsewhere, the Patriots, 49ers, Seahawks, Packers and others can simply punch their ticket to the playoffs. One game this week of particular interest to a number of NFC teams is the Rams vs. Cowboys contest in Dallas. If Los Angeles manages to lose, they’ll help a lot of clubs in their bid for the postseason. To see how all of it can shake out, we’ve broken down of all the playoff clinching scenarios for each eligible team heading into Week 15.

May the odds be ever in your favor.

Can clinch AFC North title with:

Can clinch first-round bye with:

Can clinch No. 1 seed in AFC with:

If the Ravens are able to defeat the Jets on Thursday Night Football, they will be crowned AFC North champions for the sixth time in franchise history. This would also be the first time since 2011 and 2012 that they’ve won the division in back-to-back years.

At that point, Baltimore can sit back and keep an eye on both the New England Patriots and Kansas City Chiefs in Week 15. If either team loses on Sunday, the Ravens secure a first-round bye. If they both lose, they are the No. 1 seed in the AFC and have home-field advantage throughout the playoffs. With the Patriots playing the 1-12 Bengals, it seems unlikely that we’ll see the Ravens solidify the top spot in Week 15, but they are certainly in an ideal spot.

Buffalo’s scenario is simple: Win and you’re in. They do have a tough task in front of them, however, as they’ll have to travel to Pittsburgh to take on a Steelers team on Sunday Night Football that has won seven of their last eight. If Buffalo falls to Pittsburgh, things could get a little dicy for their playoff hopes as they’d fall out of the No. 5 seed and be usurped by the Steelers. For them, it’s best to take care of business now before heading to New England to face the Pats in Week 16.

In the aftermath of their loss to the Chiefs, New England is on to Cincinnati to square up against the Bengals. For them to secure a spot in the playoffs, all they’ll have to do is beat the 1-12 club. Because of that loss to Kansas City in Week 14, winning out is extremely important for the Patriots to hang onto the No. 2 seed. So long as they go 3-0 over the final three weeks, they’ll have a first round bye.

Green Bay is currently sitting as the No. 2 seed in the NFC and is set to host the Chicago Bears in Week 15. They’ll need to beat their NFC North foe and then hope the Cowboys can hand the Los Angeles Rams a loss in Dallas to stamp their ticket to the postseason. The Packers were able to beat Chicago in the opener, but the Bears have seemingly turned a corner as of late, winning three straight with Mitch Trubisky, who threw for three touchdowns and rushed for another against Dallas in Week 14.

San Francisco has the easiest clinching scenario in the NFC heading into Week 15 as all they’ll need to do is beat the Falcons at home to secure a postseason spot. The Niners are hot off the heels of a thrilling win over the Saints, but are pretty banged up at the moment after losing starting center Weston Richburg for the year. Star corner Richard Sherman and pass rusher Dee Ford are also not expected to be healthy enough to play in this one due to injuries suffered in Week 14.

Even if they do fall to Atlanta, they could receive help from Dallas if they beat the Rams.

First and foremost, the Seahawks need to beat the Panthers on the road. If they are able to do that, they can scoreboard watch to see if either the Rams, Vikings or Packers lose their Week 15 matchup. If one of those teams falls coupled with a Seattle win, they’ll be in the playoffs.