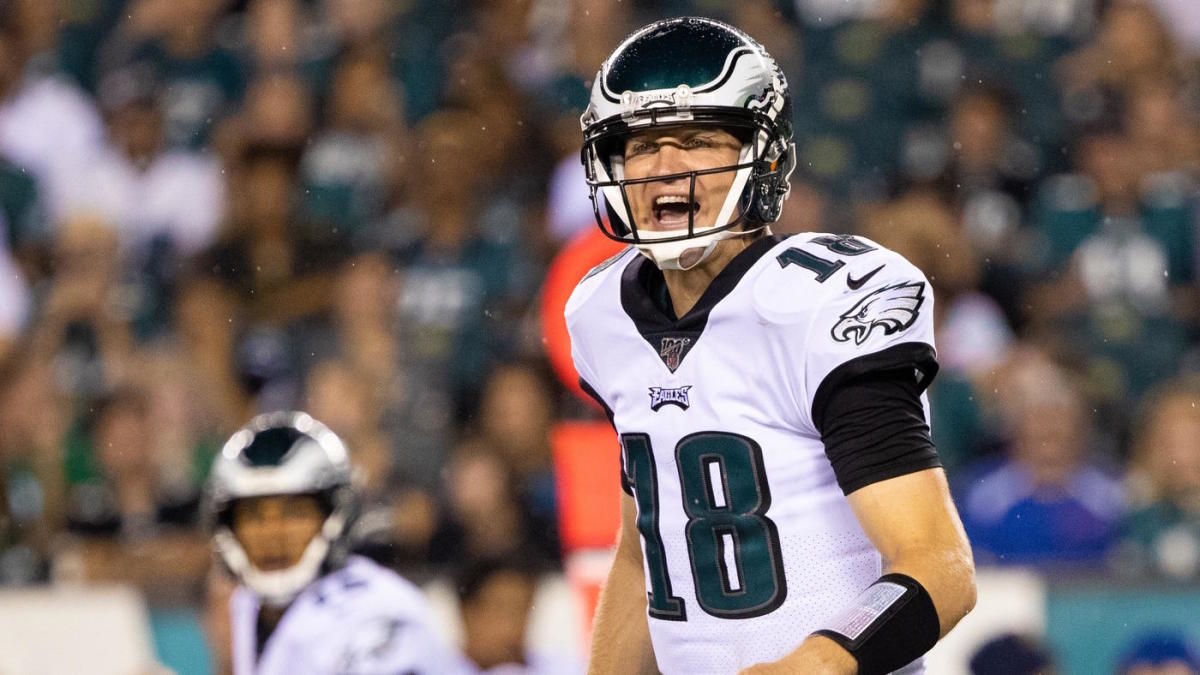 The Philadelphia Eagles have not had the easiest season. They are riddled with injuries and their wide receiver core has taken the biggest hit. Still, the Eagles prevailed on Monday night in a 23-17 overtime win over Eli Manning, in his highly anticipated return, and the New York Giants. However, during the victory, receivers were being sidelined left and right. As it turns out, even if the Eagles went down the line of WRs and were left without any options, coach Doug Pederson had a creative solution:

The Eagles were losing for most of the game and almost had to get desperate on offense with their options thinning. After the game, Pederson was very serious when he said McCown was ready to be the next man up and that the equipment people were ready as well.

McCown confirmed that, via NBC Sports:

“I was ready to go. We had the helmet ready to go. The equipment guys were all over it. Had the radio-less helmet because you can’t have two green dots on the field at the same time.”

Pederson had to add that this was not McCown joking around.

The choice of McCown as a backup wide out was not totally random.

“As a quarterback, you know the offense,” he said.

The 17-year veteran has caught passes before. Granted, it was only three catches for 10 yards and it’s been a while, but still, it has happened.

McCown knows with his age, athleticism and the whole not-actually-playing-the-position thing, he is not the first choice at WR, but sometimes you gotta do what you gotta do.

“I’m not quite the option that J.J. (Arcega-Whiteside) is or Greg (Ward), obviously, but again, we were kind of up against it a little bit. Just being able to have a contingency plan was the main thing. I was ready to roll,” McCown said.

McCown came out of retirement to be the Eagles QB Carson Wentz‘s backup, with the provision that he would still be able to go back to Charlotte to coach his son’s high school football team. Turns out he was not just signing up to be an emergency quarterback, but an emergency wide receiver as well.

As far as the real Eagles’ wide receiving core, DeSean Jackson is on injured reserve with a torn abdominal muscle, Nelson Agholor is suffering from a knee injury and Alshon Jeffrey was sidelined with a foot injury against the Giants. This meant only J.J. Arcega-Whiteside and Greg Ward were left to fill the void.

There was a lot on the line for the Eagles, as the NFC East playoff race, no matter how sad it may seem, is a close one. No team in the division has a winning record, but someone has to clinch a spot, and these final wins could not be more crucial.