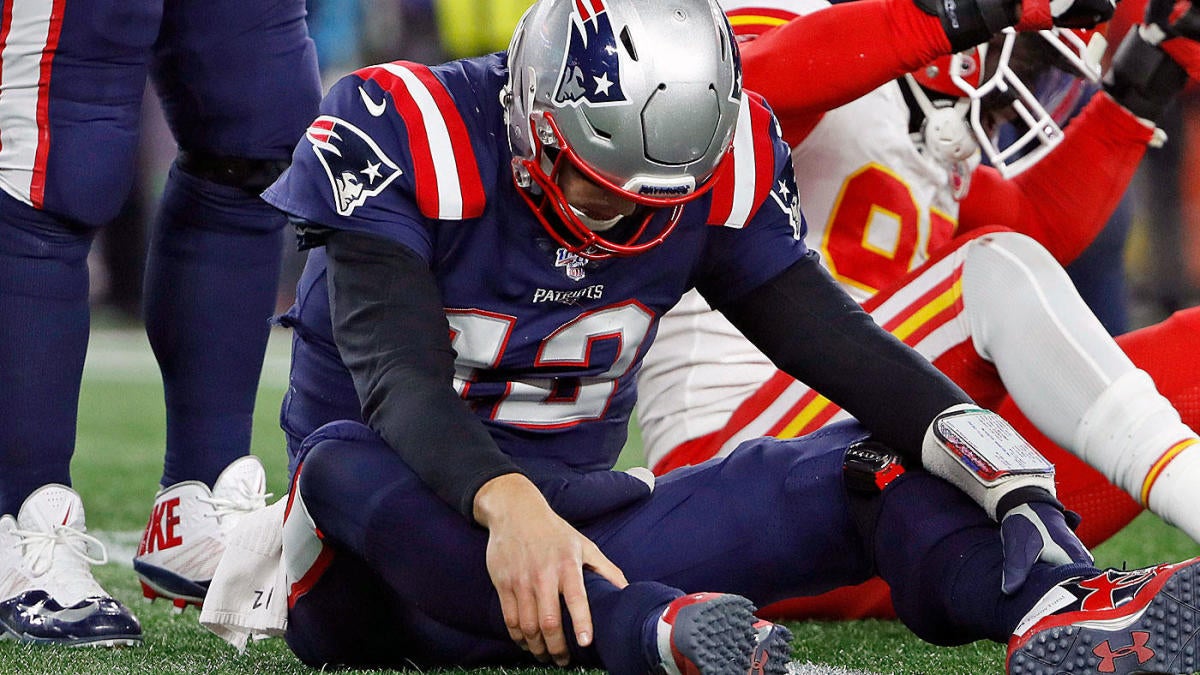 The New England Patriots weren’t the beneficiary of blown calls this time around, unlike the last home game they played two weeks ago. In Sunday’s 23-16 loss to the Kansas City Chiefs, the Patriots had a touchdown taken away when Stephon Gilmore stripped Travis Kelce and returned the loose ball for the touchdown with the Patriots trailing 23-13 midway through the third quarter. Head coach Bill Belichick challenged the ruling on the field, being awarded the fumble by Kelce and the turnover — the play was ruled dead where Gilmore recovered the ball, so the touchdown didn’t count.

Later in the game, with the Patriots still trailing 23-13, N’Keal Harry was ruled out of bounds before scoring a touchdown that would have cut the Chiefs lead to three. Belichick used both his challenges earlier in the game, so the Patriots couldn’t contest the ruling. The Patriots ended up kicking a field goal to make the game 23-16, but were unable to find the tying score.

Of course, the blown call did have an outcome on the game as the Patriots got to the Chiefs’ 5-yard line with 1:06 left, but failed to score a touchdown. If the Harry touchdown was ruled correctly, the Patriots would have just had to kick a field goal and the game would have gone to overtime.

Patriots quarterback Tom Brady knew his team had the short end of the stick regarding both calls by the officials. That wasn’t the reason why the Patriots lost.

“I think when you play sports long enough, sometimes you’re the recipient of things that go your way, and you [can be] on the other side of it too,” Brady said in his Monday radio appearance on WEEI’s “The Greg Hill Show.”. “For me, I don’t think too much about them. I wish it would go our way and unfortunately they didn’t, but it doesn’t take away from when you watch the game, all the different things that we had in our control that I wish we could’ve done a little bit better. And we’re just trying to keep grinding them out and we put ourselves in a position there at the end with four plays in the red area and just didn’t produce well enough to get the job done.”

Head official Jerome Boger explained what led to the non-touchdown from Harry after the game, raising even more questions into what the officials were watching when making the call.

“Those two officials who were covering it, they look at it in real time,” Boger said. “This case was unique in that the guy who would have ruled touchdown had him short. So maybe if that ruling official on the goal line had a touchdown, we could have gotten into that, but he thought that that guy stepped out of bounds. The goal line wasn’t in the play.”

Brady took the high road regarding the poor day by Boger and his crew. There were plays to be left on the field and the Patriots just didn’t capitalize.

“I don’t ever make any excuses and I’ve certainly never blamed the referees,” Brady said. “I just look at what we’ve got to do and how we’ve got to go out there and try to get back to work this week and go to Cincinnati and get a win.”