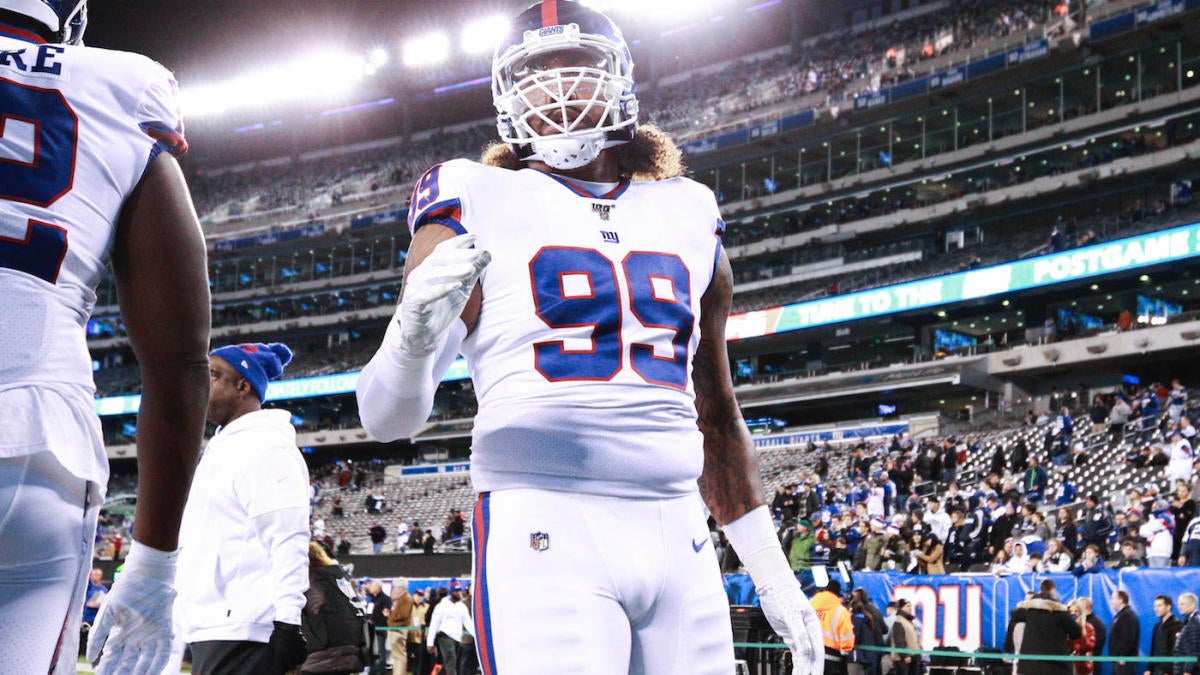 Thinking the 2019 season can’t get much worse for the New York Giants is a fool’s errand, and the team continues to remind everyone of this on a weekly basis. As they ready to take on the Philadelphia Eagles on “Monday Night Football”, they enter Week 14 on a league-worst eight-game losing streak, and with rookie quarterback Daniel Jones possibly done for the year with a high-ankle sprain.

While the return of Eli Manning dominates the headlines, along with questions surrounding the future of head coach Pat Shurmur, general manager Dave Gettleman did neither himself nor the team any favors with the decision to trade for defensive lineman Leonard Williams just ahead of the NFL deadline in late October. The move to send a 2020 third-round pick and 2021 fifth-round pick during a losing streak to the New York Jets in exchange for an interior lineman was met with confusion by media and fans alike, and while the team attempted to sell it as a decision for both now and later, the “later” doesn’t look any more promising than the “now”.

Between his time with the Jets and now with the Giants, Williams is 1-10 in 2019 and fed up with losing. This inevitably means it’ll cost the Giants more to keep him — barring an ability to sell him on wholesale changes that will turn their fortunes around for the future — with the problem being obvious because Williams is an unrestricted free agent in 2020.

And if he doesn’t get top-tier money he deems acceptable from the Giants, he’s willing to walk. That would mean the Giants gave up two quality picks for a seven-game rental who has zero sacks on the season and only 10 combined tackles for Big Blue.

“If I don’t think they’re giving me what I think I’m worth, then obviously I think hitting free agency would make sense,” Williams said, via NJ.com. “Everything is going to have to match up. …I definitely think I’m a top-tier interior defensive lineman, in that top percentage of the d-linemen. I wouldn’t say Aaron Donald, but I would definitely put myself up there with a lot of those other top guys.”

He’s not yet ruling out a return in 2020 though, able to begin negotiating with the Giants before anyone else can — the legal tampering period for other teams to take a crack at Williams not kicking off until March 16.

“Yeah, I would be [open to staying with the Giants], if I felt like they were offering me something that I think is worth it,” he said.

Williams does make it clear he’s not out on Shurmur or Gettleman, but rather his feelings are quite the opposite.

“I like to be committed to where I’m at,” he said. “I like the fact that the GM and the owner wanted me here. I think it speaks volumes that they were willing to trade for me in a rebuilding year. I think that shows that they want me to be a part of this program.”

Not for nothing, though, the lack of winning is weighing heavily on him, and that’s working against any leverage the Giants would like to have in the upcoming negotiations.

“This has definitely been one of the hardest years,” Williams said. “I want to win, and I think it’s time. I want to be able to have some winning years, even if that’s just making it to the playoffs. I at least want to do that.

“I think it would be hard for me to sit back in retirement and think about never being able to have played in the playoffs. …I’m tired of losing. It’s near the end of the season, around this time, when it’s cold, and you’re not playing for the playoffs. You’re putting your body through all this stuff, and you want to have something to show for it. It kind of sucks to have nothing really to show for it.

“You want to be able to be playing for a championship near the end of the season, after all this mental and physical stuff that you go through. That’s really it — the payoff to the hard work. Literally every year, I feel something more and more getting banged up on my body.”

So while Williams will demand what he deems as a worthy offer from the Giants, the fact remains they’re 2-10 ahead of MNF and 10-34 over the last three seasons, and that doesn’t project well for a player also looking to finally start landing a “playoff payoff” for what he subjects his body to on a weekly and annual basis.

To put it plainly, barring sweeping changes in 2020, Williams’ proclamation doesn’t bode well for the Giants — even if he is holding out hope they can convince him things will turn around in the future.

“I do know that this team is rebuilding and has a lot to work on,” he readily admits. “But the division itself does as well. It adds a little bit of hope to what this team is able to do next year. You have to look at all the possibilities.”

That’s not exactly the vote of confidence Williams thinks it is. Your move, Gettleman.