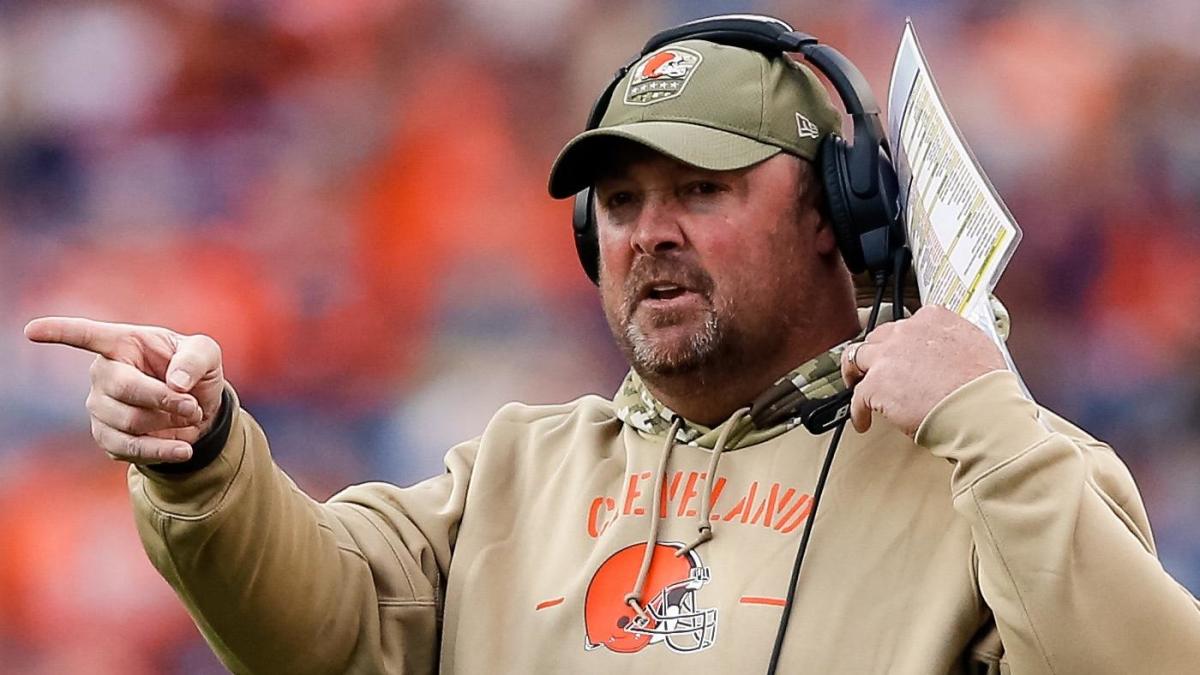 The Cleveland Browns reportedly have no plans to trade Odell Beckham Jr. this offseason despite reports of the receiver’s desire to leave Cleveland. The Browns, as confirmed by head coach Freddie Kitchens on Monday, also have no plans to shut down Beckham for the remainder of the season despite Beckham dealing with a groin injury that could reportedly require offseason sports hernia surgery.

Kitchens, who had to start his press conference by denouncing quarterback Baker Mayfield’s public criticism of the Browns’ medical staff’s handling of Beckham’s injury, was asked if there has been any discussions of shutting down Beckham for the final three games of the season.

“No there has not,” said Kitchens, who is 6-7 in his first 13 games as the Browns’ head coach. “I think he’s helping the team. Odell’s doing a great job. He wants to be out there for his teammates, and I like him to be out there for his teammates. He’s been doing a good job of getting prepared during the course of the week to get to the game on Sunday.”

Kitchens was also asked if Beckham has shown signs of ineffectiveness that could be the result of a lingering injury. In 13 games, the three-time Pro Bowl receiver has caught just 59 of 108 targets for 844 yards on two touchdowns. He’s on pace to catch 72 passes for 1,039 yards and three touchdowns, marking his least productive season outside of his injury-marred 2017 season that saw him play in just four games.

“No. Odell’s a good football player and he’s been giving us some good plays,” Kitchens said. “Still, he and Jarvis (Landry) are combined for the sixth-most catches in the league from a duo, and then you add a 1,000-yard rusher (Nick Chubb) to that, and there’s no other offense that’s done that. I think, maybe the expectation level for Odell is an expectation level of Odell without everybody else. We got other guys, too.”

“I think you’re insinuating that things are fractured,” Kitchens said when asked if things need to be fixed internally between Beckham and the organization. “Did Odell say that [he wants to leave]? OK, then case closed then. Odell didn’t say it. Odell has not told me anything remotely dealing with that. I know he’s done a great job getting to the game on Sunday.”

The opening minutes of Kitchen’s Monday presser was a microcosm of what has been the Browns’ season up until this point. Instead of discussing the Browns’ fourth win in their last five games, Kitchens opened his press conference making statements and fielding questions about his two of his three biggest stars. Myles Garrett, the third of the Browns’ “Big Three”, is currently serving an indefinite suspension for his role in Cleveland’s Week 11 fight with the Steelers.

“Well, as a head coach in the National Football League, you’re always having to deal with stuff,” Kitchens said when asked about constantly answering questions about non-football related items. “We like to keep the focus on ourself internally, and really, maybe the distractions that someone may seem like is happening outside the building is really not a distraction inside the building.”