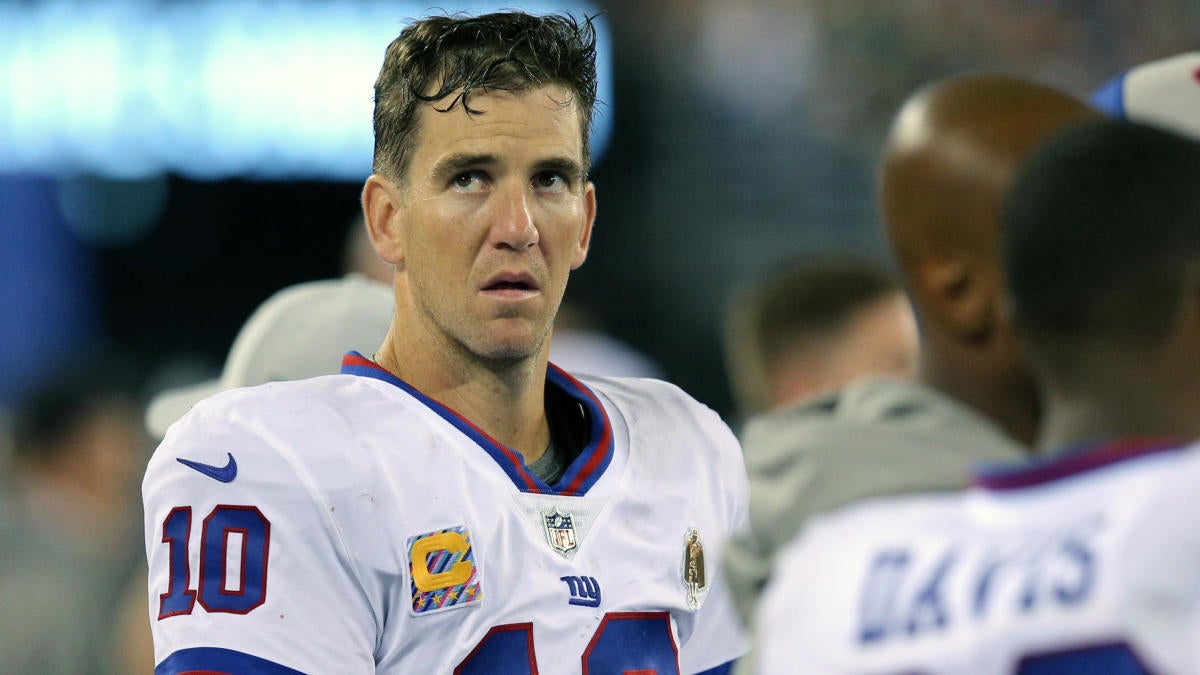 If the Eagles are going to win on “Monday Night Football” and keep pace with the Cowboys in the NFC East, they’ll have to beat Eli Manning and the Giants in what’s shaping up to be some nasty conditions. After raining throughout the morning and into the afternoon in Philadelphia, there is a 70% chance of precipitation at the start of the Week 14 “Monday Night Football” showdown between the NFC East rivals.

Rainfall is expected to last throughout the game, which the Eagles need to win to equal the Cowboys’ 6-7 mark atop the NFC East. A steady wind (anywhere from 12-14 mph) is also expected. The Eagles are 9.5-point favorites (check out SportsLine’s latest odds here), but the over/under line has fallen from 47 earlier in the week to 44.5, and the forecast could be to blame.

Though rain and wind appears inevitable, it’s expected to be unseasonably warm for this time of year in Philadelphia — mid to upper 50s at kickoff — and should remain in that vicinity throughout the game.

The less than ideal weather conditions will likely put an added emphasis on both teams’ rushing attacks. That could help the Eagles, who are 13th in the NFL in rushing and are third in the league against the run. Conversely, the Giants, despite having Saquon Barkley in their backfield, are 24th the league in rushing and 20th against the run. The Giants lost by double-digits last week vs. Green Bay, but had moderate success running the ball and stopping the run in the New Jersey snow: Barkley rushed for 83 yards on 19 carries, and the Giants held the Packers to 95 yards rushing on 27 carries.

Philadelphia is no stranger to playing under adverse weather conditions this season. Back in Week 11, the Eagles, facing high winds and the Patriots‘ top-ranked defense, scored just 10 points at home while suffering their fifth loss. Carson Wentz, who has endured an up and down season, particularly struggled, completing just half of his 20 attempts while enduring five sacks. On Monday night, he’ll face a Giants defense that is 25th in passing yards allowed and 23rd in touchdown passes allowed.

Wentz’s counterpart, Eli Manning, who’s making his return to the lineup due to an injury to Daniel Jones, is also no stranger to playing in adverse weather conditions, having spent each of his 16 NFL seasons playing his home games at the Meadowlands. In fact, one of Manning’s most memorable moments as the Giants’ quarterback took place a dozen years ago in the NFC Championship Game. Despite -1 degree weather and a -23 windchill, Manning and the Giants put 23 points on the board while beating Brett Favre in his final game at Lambeau Field. Manning and the Giants then shocked Tom Brady and the undefeated Patriots two weeks later in Super Bowl XLII.

While the Giants (2-10) are not calling on Manning to deliver another Herculean effort, they are surely hoping that he can help New York end the season on a high note while serving as a spoiler for playoff contending teams like the Eagles.