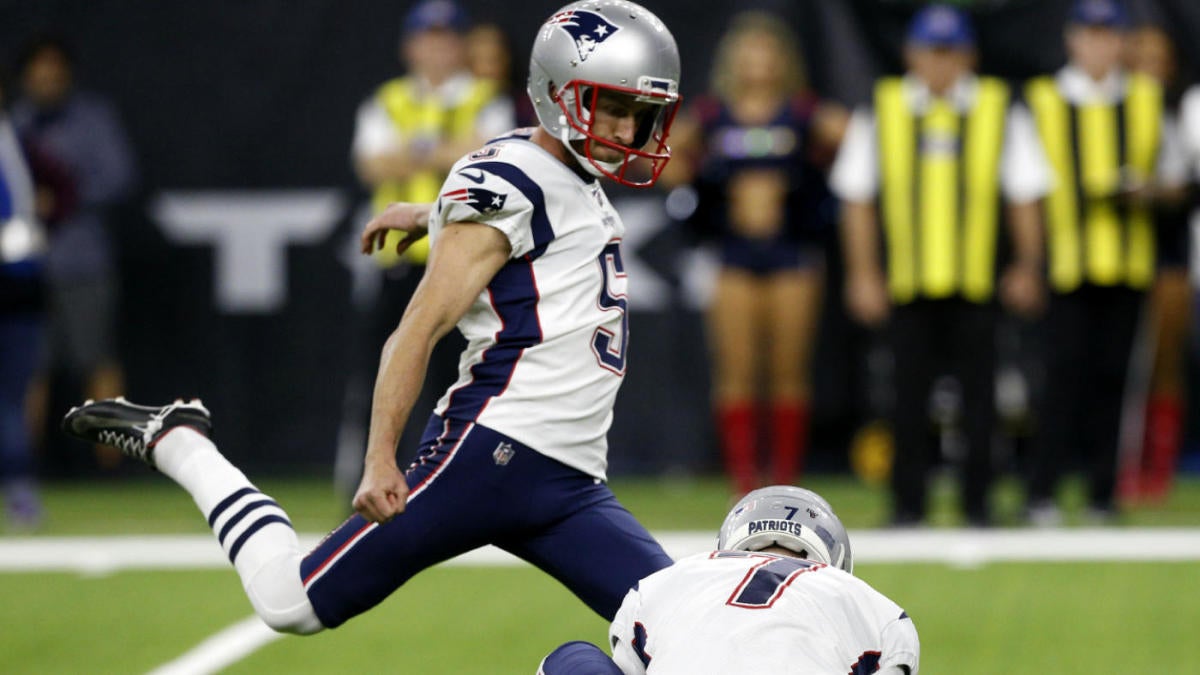 The writing was on the wall for Brett Maher, and mostly because that wall happened to be on the broad side of a barn he’s been unable to hit lately. Now in his second season with the Dallas Cowboys, and tasked with replacing Dan Bailey in 2018, Maher has seen his already concerning accuracy rate fall off of a cliff — costing the team points and field position far more often than their struggling defense (and offense) can afford.

The club worked out three kickers on the Sunday preceding their 31-24 loss to the Chicago Bears on “Thursday Night Football,” but opted to stick with Maher last week. He went on to miss a field goal and boot a kickoff out of bounds that led to a shorter field and eventual touchdown drive by Mitchell Trubisky but, in odd fashion, proclaimed he “felt good” about the outing and his position with the team going forward.

I’ll have whatever he’s having.

The team was not as approving of his outing in Chicago as Maher was, however, as evidenced in head coach Jason Garrett’s declaration the Cowboys would take a “hard look” at the position after yet another disappointing week.

True to that word, they did, and have now released Brett Maher, signing Kai Forbath in his place, two separate sources confirmed to me, following a Monday workout that included two other kickers. Those others were Nick Rose and Tristan Vizcaino, allowing both a mulligan attempt at landing a contract after neither were signed after their workout last week. Austin MacGinnis, currently prepping for an XFL roster spot with the Dallas Renegades and having also tried to impress the Cowboys last Sunday, did not join Rose and Vizcaino this time around, after participating in the workout with them one week prior.

Although Maher is only in his second NFL season, he’s only two years younger than Forbath, whom the Cowboys have some familiarity with. It’s quite the plot twist, actually, with the 32-year-old having once been a member of the team, signed as an undrafted free agent in 2011 out of UCLA; and that happened to be Garrett’s first year as full-time head coach. Forbath never got a chance to prove himself though, because an injury landed him on the team’s non-football injury list that year and opened the door for — you guessed it — Dan Bailey, who took the reins and never looked back.

With Bailey now booting kicks for the Vikings, Forbath will replace the guy who replaced Bailey, having himself spent two years in Minnesota. He didn’t last long with the New England Patriots in 2019, mostly signed as an emergency leg, but he made the one field goal they asked him to make, although he did miss one of his two PAT attempts.

All he had to do is prove he’s better than Maher, along with Rose and Vizcaino, and the job was his.

Maher missed a league-worst 10 field goals for a total of 30 points, and his accuracy rate is not only an abysmal 66.7%, but his usual long-range sniper scope is also cloudy. Although he owns the franchise record for longest field goal ever made at 63 yards, he’s missed four of eight attempts this season from 50 yards or farther, and four of his five attempts from 40 to 49 yards out. That tanks his value as a long-field weapon and marries those concerns to existing ones regarding his short field accuracy.

Currently sitting at 6-7 and in jeopardy of not making the playoffs, and being quickly dismissed if they do make it, a change had to be made somewhere. It wasn’t going to be Garrett, who will finish out the season at the very least, leaving Maher as the most readily available and justifiable sacrificial lamb.