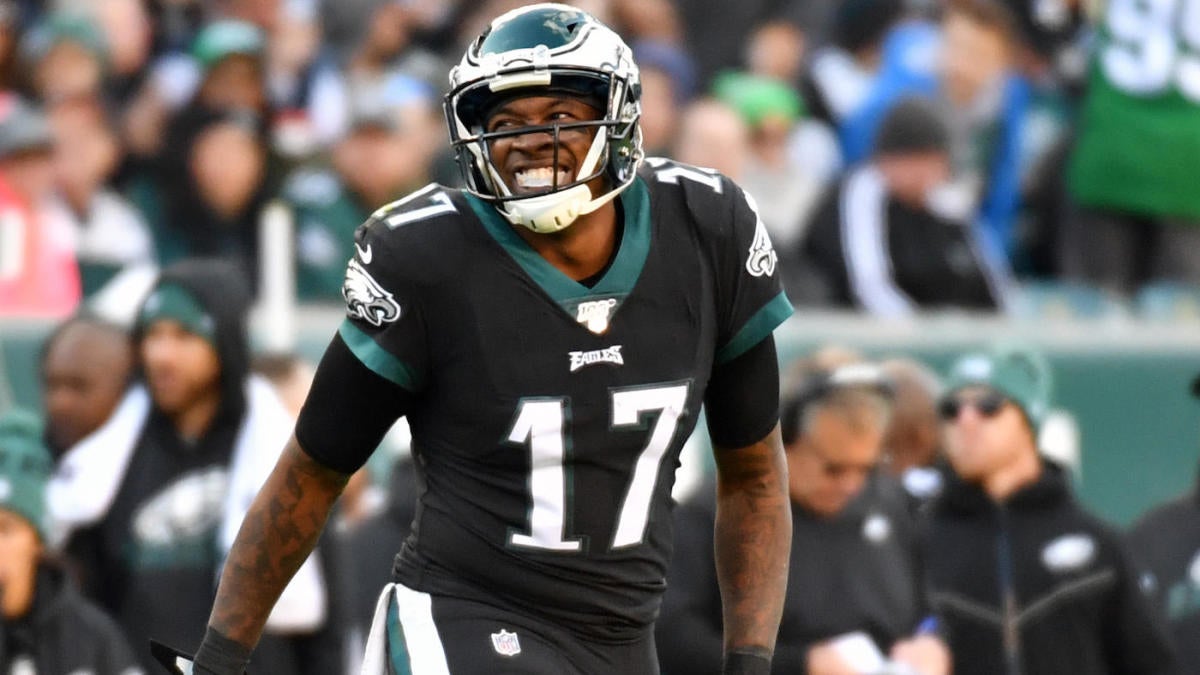 The Philadelphia Eagles entered their “Monday Night Football” matchup with the New York Giants shorthanded, and they lost an important playmaker as well as one of their pillars on the offensive line in the first half.

Early in the second quarter, wide receiver Alshon Jeffery stumbled as he was going out for a block, and had trouble putting pressure on his right ankle. It was a non-contact injury, and he was carted to the locker room after he limped off the field.

Check out what happened, here.

The very next drive, offensive tackle Lane Johnson went down with a left ankle injury. Carson Wentz was hit into the back of his leg, and it looked as though it could be a serious injury. He was carted off to the locker room as well.

Shortly after, the Eagles announced that Jeffery was questionable to return with a foot injury and that Johnson was questionable to return with an ankle injury. After halftime, the Eagles announced that both players would not return to the matchup. Jeffery missed the Eagles’ Week 11 and Week 12 matchups due to an ankle injury, but returned last Sunday and recorded nine receptions for a season-high 137 yards and a touchdown during the 37-31 loss to the Miami Dolphins.

This injury is especially important since the Eagles now only have two healthy wideouts active: J.J. Arcega-Whiteside and Greg Ward. Wentz has been looking in the direction of tight end Zach Ertz early and often in this matchup, and Dallas Goedert also poses a threat in the passing game.