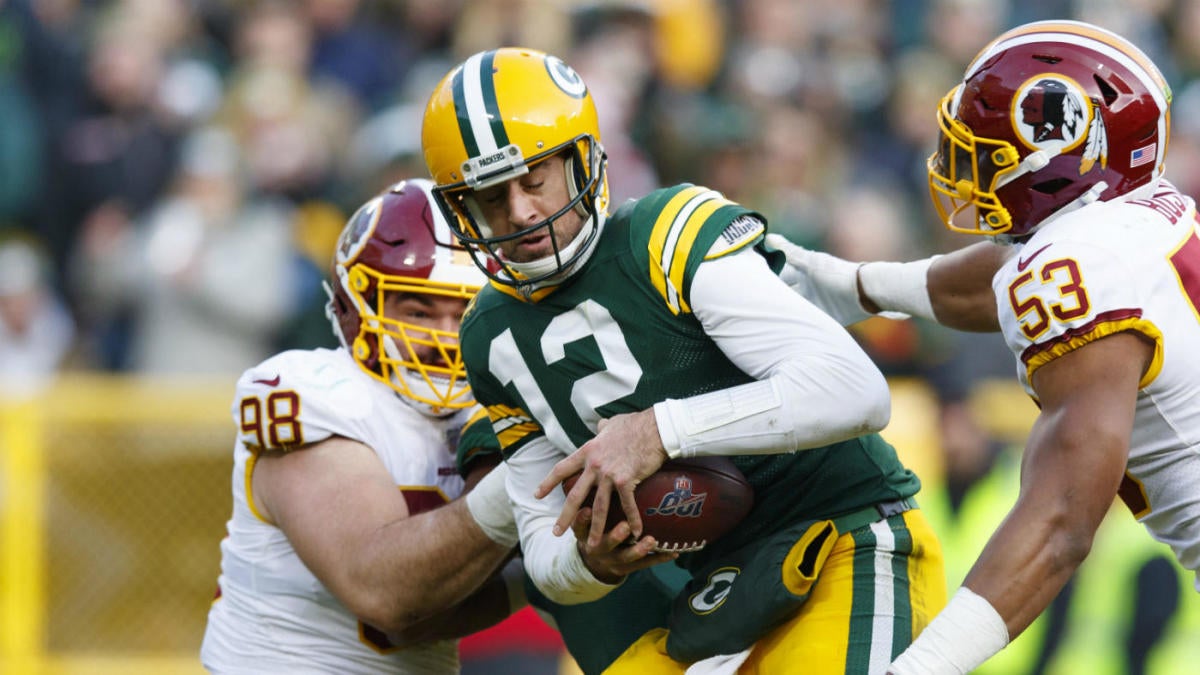 The Green Bay Packers won, again. It was another plodding, workmanlike, methodical victory over a lesser opponent. It was a W without much splash or pizzazz, not particularly memorable but certainly important.

It keeps them in line to win the NFC North, and keeps them in contention for a top two seed. But, like many other times during this 10-3 campaign, it left me wanting more when it came to the passing game and future Hall of Fame quarterback Aaron Rodgers. The pedestrian, 20-15 win over lowly Washington kept me wondering about whether or not this aerial attack would indeed have another gear if required during the gauntlet that the NFC playoffs will be next month, with Rodgers continuing to look more like a game-manager rather than arguably the best to ever do it.

Certainly, the Packers’ much-improved defense and running game make this team more balanced. It’s taken a load off Rodgers after years of having to carry the team and cover up so many other roster and coaching issues. But the passing game in Matt LaFleur’s rookie season as a head coach has been largely uninspired, and makes one wonder if this ho-hum attack is as good as it will get for Green Bay, and if that will be good enough come January.

There isn’t much of a killer instinct. Never this season has Green Bay’s downfield thrust seemed sustainable, much less unstoppable, as we have seen in some years past. Rodgers hasn’t missed a game yet is nowhere near the MVP discussion. The offense runs through the multiple running backs, and Rodgers is effective and efficient, but hardly prolific (only three 300-yard passing games all season). Sunday’s box score resembled many others from the past month or so. Here is what he’s done in his past five games:

Nothing to be ashamed of at all. Rodgers has been stellar in the red zone, as always, and continues to protect the football and keep his team in position to win games. But in a pass-friendly league, and with Rodgers averaging $33.5M a season and barely in the top 10 in passing touchdowns, there is certainly room for improvement. The Packers put an extraordinary amount of cash and draft assets into the defense; I just wonder if they will have enough on the other side of the ball to win a high-scoring game in the playoffs, and whether the passing game can carry this team if it comes to that with the season on the line.

There were plenty of questions about how well Drew Lock would respond to being parachuted into Denver’s lost season with limited talent around him and the team slumping before turning to the rookie. So far, he’s shattered what anyone could have expected.

After a fast start in Week 13, Lock looked like a raw rookie QB but still scratched out a win over the Chargers. Sunday, he absolutely dissected the playoff-contending Texans from his first pass to his last, and if not for a 31-3 lead at halftime it would have been even more ridiculous.

Lock completed balls with ease in the pocket and often on the move, altering arm slots and getting creative. He always seemed poised and under control while completing 22 of 27 passes for 309 yards and three touchdowns against an opponent that fancies itself a Super Bowl threat. Denver hadn’t scored more than 24 points in 22 straight games and Lock began the game 16 of 19 for 235 yards and three TDs. The only interception Lock threw could easily be forgiven, leading 38-10 and taking a shot downfield with not much to lose.

The sample size is too small to go crazy about, and time will tell if this is the young QB John Elway has been searching for for so long, but he’s already changed the tenor of the season and given Broncos fans a reason to tune in to the final weeks of the season. He might give this franchise something very positive to take into the offseason.

Lamar Jackson has now thrown 19 touchdowns in the red zone, most in the NFL, and has yet to throw a red zone pick. It’s a huge part of why he is the front runner for MVP. He threw two more red zone TDs Sunday, one an improvised flip of the ball and another a perfect strike across his body while leading the defense the other way. He’s the top ranked red zone passer in the NFL and much of that production has been with him making an unorthodox pass.

The Ravens desperately need a secondary downfield receiver to emerge, especially if tight end Mark Andrews misses any real time due to injury. Hollywood Brown is vulnerable on screens, and they haven’t run as many slants for him lately; it’s been a while since he latched on to a deep ball.