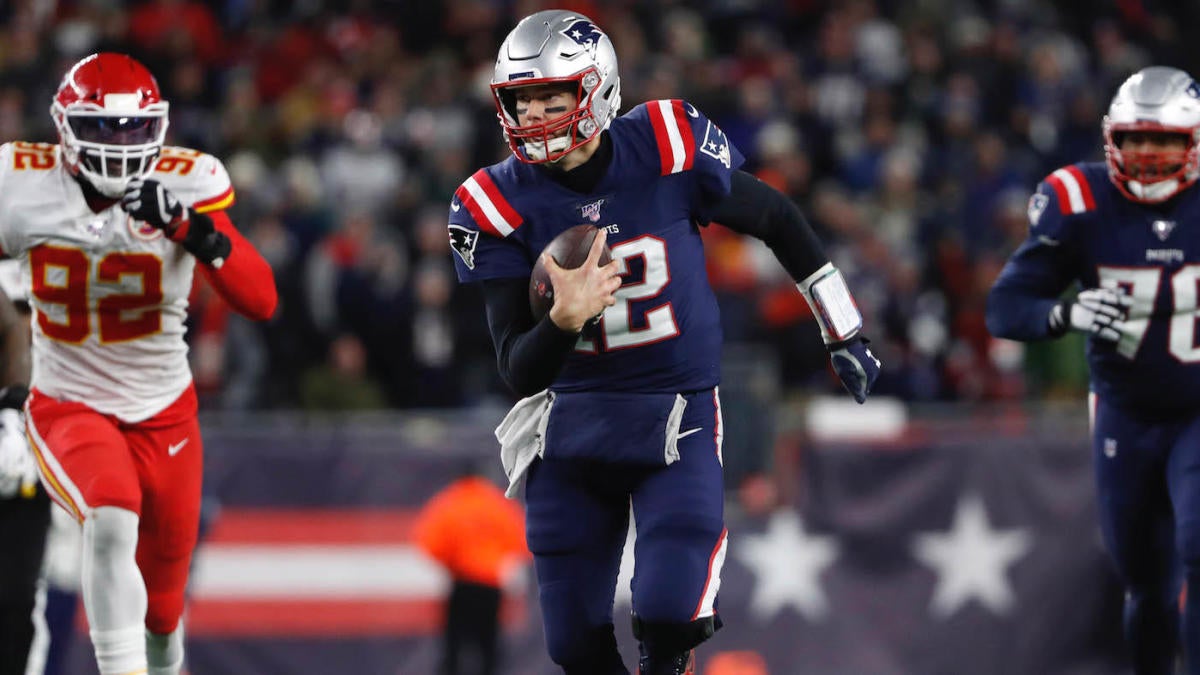 FOXBOROUGH, Mass. — When Tom Brady took the podium on Sunday following the New England Patriots 23-16 loss to the Kansas City Chiefs, the only thing more noticeable than a glum look of defeat was the massive wrap the quarterback had on his right arm. Brady noted that he hit in elbow in the losing effort to the Chiefs and needed some tending to.

While acknowledging the injury, Brady relayed that it’s not a big deal and he’ll be ready to try and snap New England’s two game losing streak when they head to Cincinnati to face the Bengals.

“I just got hit right on my elbow,” he said. “It’s fine. Probably will be on the injury report, but I will be there next Sunday.”

Brady was listed on the injury report this week with a right elbow injury along with a toe ailment that limited during Thursday’s practice. The 42-year-old was taken off the injury report last Friday, so this giant wrap may be a sign that he re-aggravated the elbow or is simply wearing it as a precaution/maintenance.

In the loss to Kansas City, Brady completed 19 of his 36 passes for 169 yards, a touchdown and an interception in the loss. The Patriots did get up early in this game due to a flea-flicker touchdown from Brady to Julian Edelman, but Kansas City’s ensuing 23-0 run following that score put them behind the eight-ball in their comeback efforts.

“We moved [the ball], we just had some plays there where we could have scored and couldn’t quite — we had a fourth down, we had some other ones in the red area, a couple fourth downs,” he said of New England’s late push to make it a one score game. “Just didn’t make the plays where we needed to make them.”

The Patriots will now gear up for a road contest against the Bengals and Brady’s status throughout the week in practice will be nugget worth watching as Week 15 gets closer.