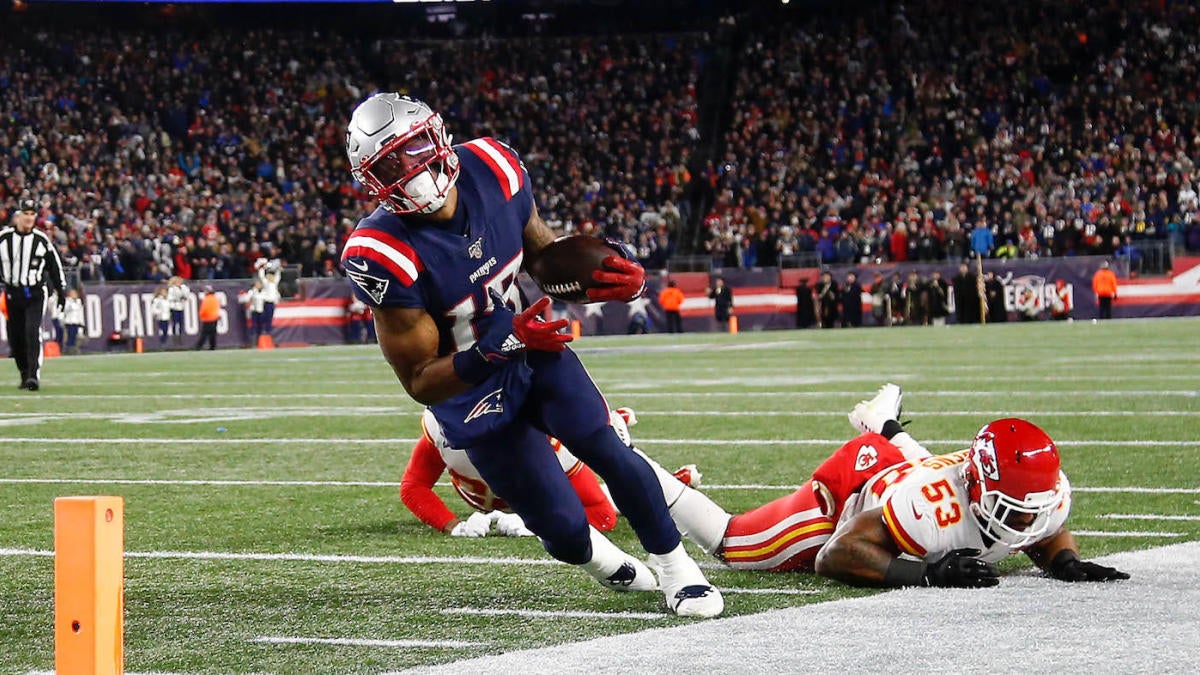 FOXBOROUGH, Mass — There’s plenty of reasons why the New England Patriots fell to the Kansas City Chiefs on Sunday evening at Gillette Stadium. The reigning champs were abysmal on third down, converting just two of their 12 attempts and couldn’t muster more than seven points in the first half, while K.C. rattled off 20.

With that said, the refs didn’t do the hometown team any favors.

On what was a pretty lackluster day for head official Jerome Boger’s squad, a missed N’Keal Harry touchdown was the call that drew the most questions following the 23-16 loss for New England.

On a first-and-15 play with just over 13 minutes to go in the fourth quarter, Tom Brady completed a pass to the rookie first round receiver, who ran up field along the sideline and by all accounts was able to cross the goal line for the score. Officials claimed that Harry stepped out of bounds at the 3-yard-line, but replay clearly showed that wasn’t the case. Because the play wasn’t called a touchdown, it wasn’t a candidate for automatic review. New England was already out of challenges, so they were out of luck on the Harry missed touchdown.

The Patriots ended up settling for three points on that drive to make it a one-score game, but that’s as far as their comeback attempt would get.

When asked about the call after the game by the pool reporter, head official Jerome Boger said, “What led to it was the covering official on the wing was blocked out by defenders. The downfield official who was on the goal line and looking back toward the field of play had that he stepped out at the three-yard line. So, they got together and conferred on that. The final ruling was that he was out of bounds at the three-yard line.”

Simply calling the Harry play a touchdown to trigger the automatic review would have been a savvy decision by the officials, but Boger dismissed that notion.

“Those two officials who were covering it, they look at it in real time,” he said. “This case was unique in that the guy who would have ruled touchdown had him short. So maybe if that ruling official on the goal line had a touchdown, we could have gotten into that, but he thought that that guy stepped out of bounds. The goal line wasn’t in the play.”

Again, this was hardly the main reason the Patriots fell to 10-3 on the season in Week 14, but it was a touchdown that should have been called.