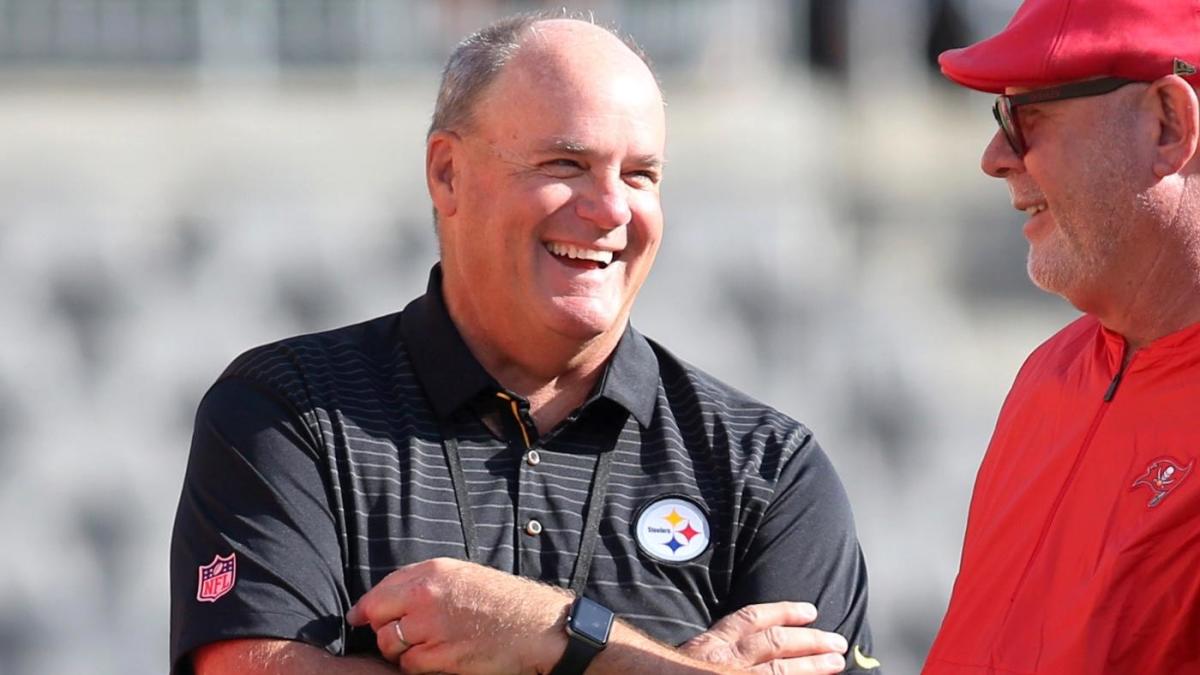 Panthers owner David Tepper may turn to some familiar faces to help get the franchise turned around. Tepper, the Panthers’ owner since 2018, is reportedly interested in pursuing Steelers general manager Kevin Colbert and/or Steelers vice president of football operations Omar Kahn, according to ESPN’s Adam Schefter.

Before buying the Panthers, Tepper was a Steelers minority owner for nearly a decade.

“Tepper knows Colbert and Khan, has worked with both men and respects them,” Schefter wrote, “and some sources think he would like to try to find a way to bring them to Carolina.”

Colbert, 62, declined to sign a contract extension with the Steelers this past summer. Shortly after Colbert declined an extension, Steelers president Art Rooney II said that Colbert wanted to wait until 2020 to make a decision on his future in Pittsburgh.

“At this stage of the game, he’s really not looking to do any long-term planning,” Rooney told the Pittsburgh Post-Gazette. “We talked and we agreed he’d rather wait till after the season to talk about the contract.”

Back in May, during an interview on 93.7 The Fan, Ed Bouchette of The Athletic said that Colbert wants the franchise to remain in a “good competitive position” when he does elect to leave. The Steelers, despite various injuries this season, are 7-5 entering Sunday’s game against the Cardinals and would be in the playoffs if the postseason started today.

Colbert has been a major contributor to Pittsburgh’s success over the past two decades. During his 20 years with the organization, the Steelers have won two Super Bowls, three AFC championships and nine division titles. The Steelers have qualified for the playoffs 12 times and have had just one losing season during that span. Pittsburgh’s current run of 15 consecutive non-losing seasons is the second-longest streak in the NFL.

Back in the spring, Bouchette also reported that Brandon Hunt, the Steelers’ pro scouting coordinator, is the favorite to step in Colbert’s place whenever Colbert does decide to ultimately step down.

Hunt was raised in Pittsburgh after being born in Los Angeles, California. After attending Richland High School, Hunt was a four-year starter at guard and center at IUP from 2000-03. A captain for his senior season, Hunt earned first-team All-Conference and All-Region honors at guard. He graduated from IUP with a Bachelor of Science degree in management information systems. He earned his master’s degree in business administration in August of 2006.

Hunt began his professional career in 2004 as a graduate assistant at Indiana University. He joined Pittsburgh’s player personnel department (as an intern) the following year, the season that saw the Steelers become the first sixth seed in NFL history to win the Super Bowl. He was in the same role during Pittsburgh’s 2006 season.

Hunt spent two years in Houston as a Texans‘ pro scout before being hired by the Steelers in 2009. According to the team’s 2018 media guide, Hunt is responsible for scouting Steelers’ opponents and evaluating pro players. Hunt also had an active roll in Pittsburgh’s most recent draft, a draft that produced nine players that include the 10th overall pick in this year’s draft, former Michigan inside linebacker Devin Bush. Hunt, during a post-draft interview with Steelers.com’s Missi Matthews, summarized the process that led to trading up to select Bush.

“It was really exciting when you go into a draft and you put your board together,” Bush said. “You never really know because you never really know what’s gonna happen on draft day. But when we went through the (months leading up to the draft), put together our players and who was the top guys, Devin was one of the guys we had way up there. At 20, how he worked and how his offseason was, there was probably no way we’d be able to get him.

“So it was really exciting to have had the opportunity to see a guy in our opinion who was potentially falling. And when it got to a point where we thought we would have a chance to go get him and not mortgage our future and still have a chance to get eight more football players we took advantage of that opportunity. It was obviously really exciting in the room. We never panic in there. There’s never any ‘Ahh’ moments, but it was exciting. Obviously it got quiet because the phone started ringing and the energy kinda changes, but there’s never any panic. When we had a chance to get with 10 — I believe we traded with Denver — we moved into that spot, we took [Bush] and there was a lot of excitement, high fixing. But then obviously you have to switch back to business as usual.”

Hunt played an important roll in the selection of running Benny Snell — who had led the Steelers in rushing on three separate occasions this season — in the fourth round. Hunt said that Kentucky is one of the schools he monitored throughout the 2018 season.

“He’s an exciting, high energy football player,” Hunt said of Snell while likening his running style to Pittsburgh’s starting running back, James Conner. ‘We’re gonna three backs (Snell, Conner and second-year back Jaylen Samuels) who are over 225 pounds which is exciting, going back to some of the big backs in Steelers’ history.”

Tepper made waves last week after deciding to fire Ron Rivera, the Panthers’ head coach since the 2011 season. While general manager Marty Hurney is still employed by the Panthers, Tepper has not many any assurances that Hurney will remain the case when the 2019 regular season comes to an end.