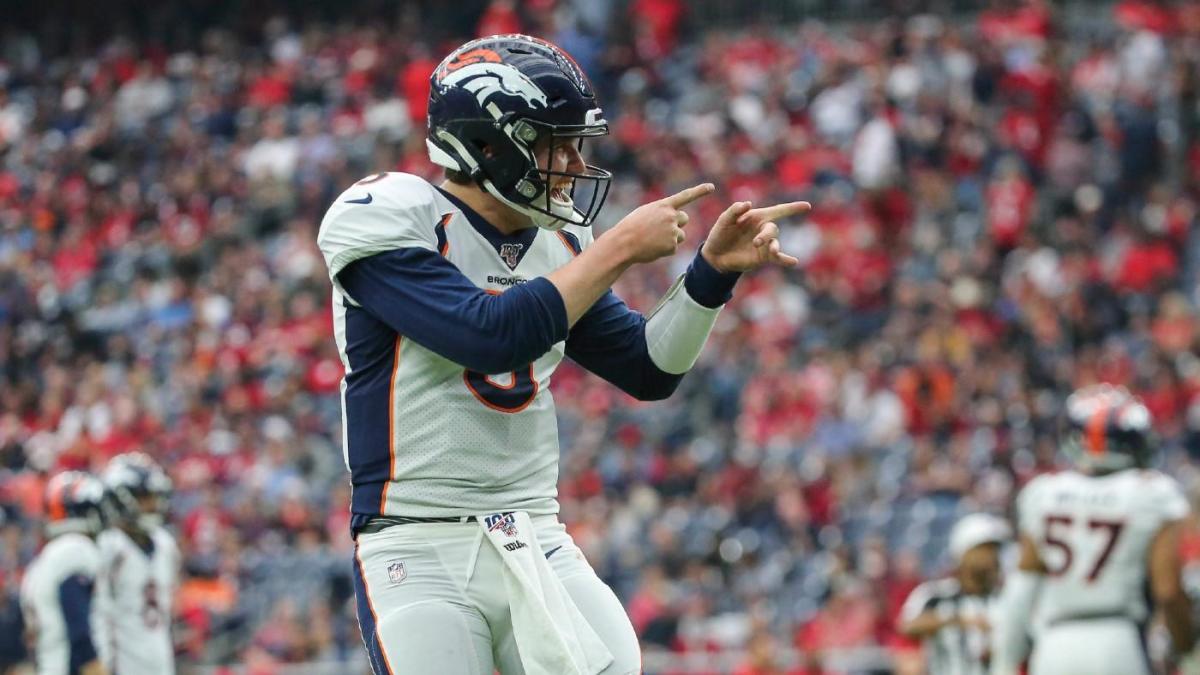 Although there’s no guarantee that Drew Lock will be the future of the franchise, he definitely looked like he’s headed that way with his performance against the Texans on Sunday. In the first road start of his career, Lock shredded the Texans for 309 yards and three touchdowns in stunning 38-24 win for Denver.

Lock’s performance was so impressive that he actually made some NFL history, becoming the first rookie to throw for more than 300 yards and three touchdowns in the first road start of his career.

If the Broncos had any worry that Lock might be overwhelmed by going up against a first-place Texans team on the road, those worries probably disappeared after the rookie threw his first pass of the game.

With the Broncos pinned inside of the their own 10-yard line, Lock dropped back to pass on Denver’s first play from scrimmage and made a veteran throw that set the tone for the rest of the day: He hit fellow rookie Noah Fant for a 48-yard gain.

Sometimes, you’ll see a rookie quarterback check down on a play like that because they don’t want to make a mistake near their own end zone, but not Lock. He played with no-fear against the Texans in a game where he made big play after big play.

One of those big plays capped the Broncos opening drive when Lock hit Fant again. This time, the Broncos rookie made another highly impressive throw, hitting his tight end with a laser down the seam for a 14-yard touchdown. The most impressive thing about the play is that it came in a high-pressure situation, with the Broncos facing a third-and-12.

Fant finished the game with four catches for 113  yards and a touchdown.

The win over the Texans means that Lock is now 2-0 in his career, and fittingly, he’s matched John Elway as one of just three rookies in Broncos history who have won their first two starts (Gary Kubiak is the other). Although Lock wasn’t too flashy in his first win last week over the Chargers (18 of 28 for 134 yards and two touchdowns), he proved that he can carry the team if that’s what the Broncos need going forward.

The law of averages said that John Elway had to find a quarterback at some point, and it looks like he might have finally done it.