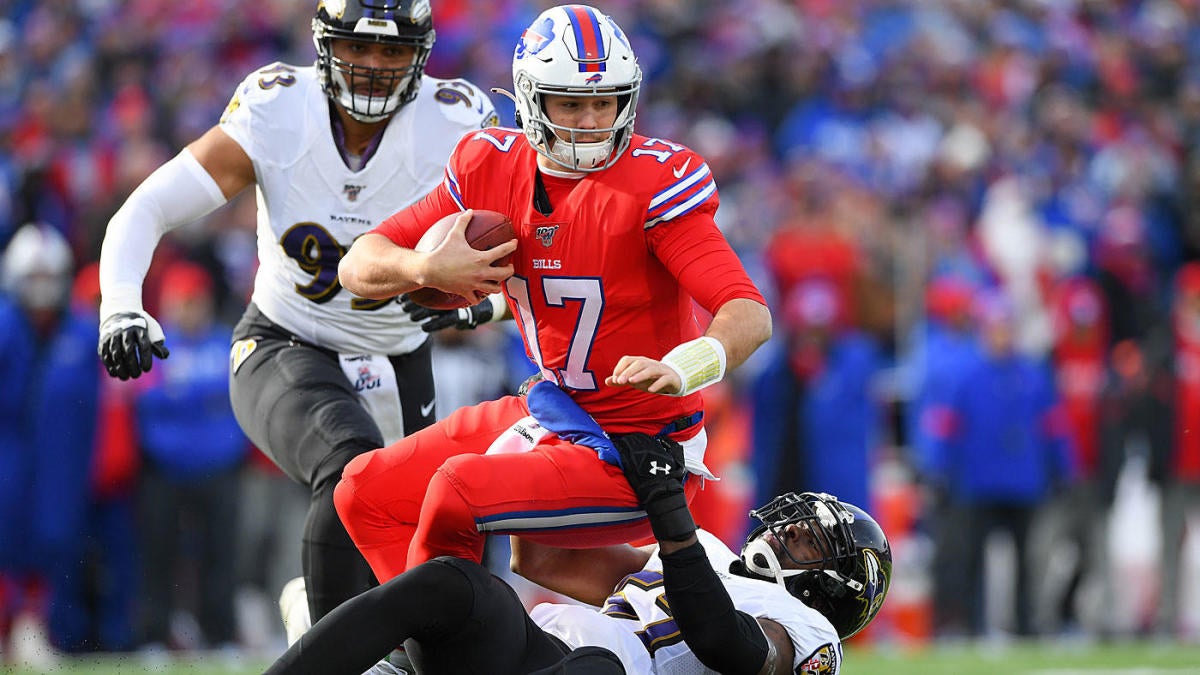 It was if the Ravens defense wanted some time in the limelight.

In Baltimore’s 24-17 win over the Buffalo Bills in an enormous AFC clash in Week 14, MVP front-runner Lamar Jackson was held to just 43 yards on the ground and 5.8 yards per attempt through the air, but the Ravens defense bewildered Josh Allen and Buffalo’s offense for the vast majority of the contest en route to victory.

Heading into this game, while riding a three-game winning streak, Allen completed 67% of his throws at 8.2 yards per attempt with a collective 111.4 passer rating. On Sunday, Allen completed just 43.5% of his pass attempts with a paltry 3.71 yards-per-attempt average and a 62.4 quarterback rating. He was also sacked six times after getting sacked six times in his last four contests combined.

“It’s a really good defense we played, for sure,” Allen said after the game. “They have some smart, savvy dudes that play different positions, and they can bring (pressure) from everywhere and they have veterans who play good coverage.”

An assortment of Baltimore penalties on Buffalo’s late fourth-quarter drive while down one score put the Bills in position to tie the game. After a stuffed run and an Allen throwaway, he took a sack on third down and Peters knocked away a throw from Allen to John Brown near the end zone on fourth down to secure the 11th win of the season for the Ravens. It was a fitting end to a stellar defensive effort from the Ravens.

“It’s a good, veteran defense. They’ve got Marcus Peters. They’ve got Earl Thomas. They’re ranked where they are for a reason,” Bills head coach Sean McDermott said after the game.

By the way, Baltimore marched into this outing ranked No. 4 in Football Outsiders’ defensive DVOA, an all-encompassing efficiency metric. Buffalo was No. 6, and McDermott’s team flexed its muscles on more than one occasion too. The No. 1 rushing offense by just about every modern-day measure was held to just 3.6 yards per carry, and Jackson had his lowest rushing yardage total since Week 1.

“That was a great team victory. I’m very impressed with the Bills. That’s a team that’s going to be around,” Ravens head coach John Harbaugh said. “Our pass rush was relentless.”

And it most certainly was.

While Jackson flashed his phenomenal athleticism on two creative touchdown throws and stood in to deliver a scoring strike to an open Hayden Hurst a split second before getting hit, this was the first game in while in which it felt like the Baltimore defense was the main reason the Ravens won.

And that should legitimately frighten the rest of the NFL.