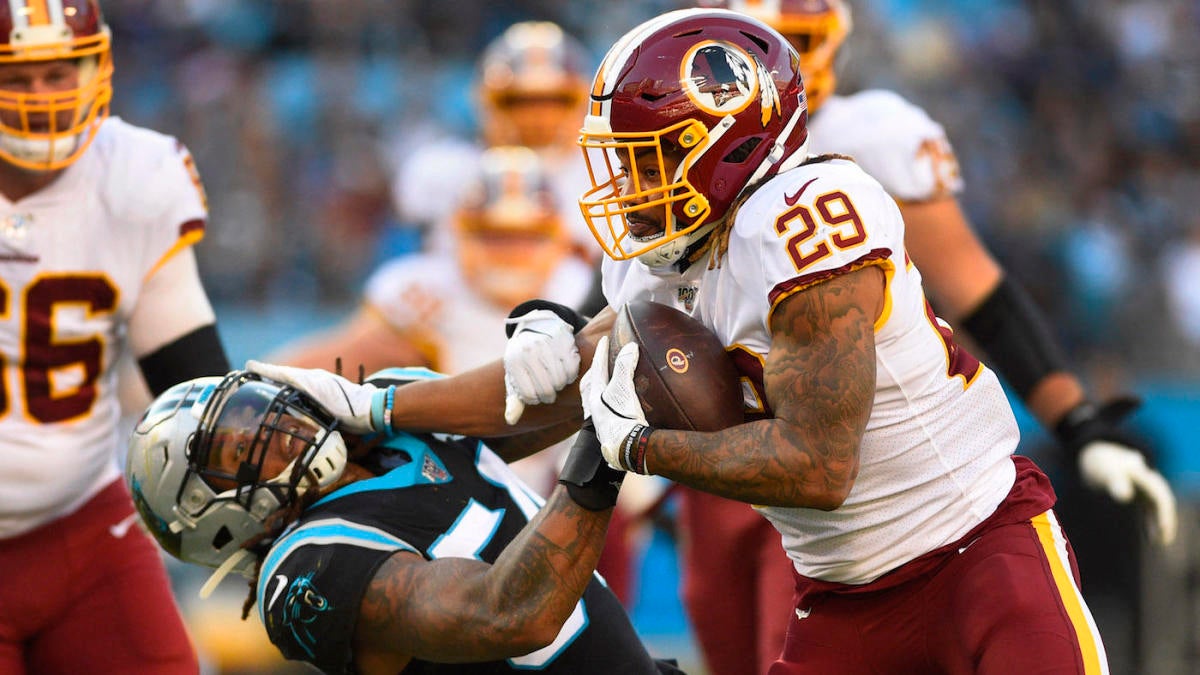 The injury bug has bit the Washington Redskins again, as running back Derrius Guice has been ruled out for the rest of their Week 14 matchup against the Green Bay Packers. The timing is terrible — Guice enjoyed a breakout game last Sunday in Week 13. The hope was that Guice’s breakout Week 13 would help him build momentum throughout the rest of the season — a positive sign for a franchise that certainly needed one.

The injury happened in a flash. Guice broke loose for a 23-yard rush halfway through the second quarter and was taken down in an awkward fashion. The second-year running back remained down on the field for a short amount of time, and he then walked off with assistance from the training staff.

Check out the play here:

The Redskins quickly relayed that Guice was questionable to return with a knee injury. As Washington took the field for the second half, however, his status was downgraded to out. Guice finished the day with 42 yards rushing on five carries.

The former LSU star missed his entire rookie season with a torn ACL, and he missed nine weeks this season after undergoing a procedure to trim his torn meniscus. Guice has been through a lot in his short time as a professional, but he has been effective when healthy. He came into this matchup having rushed 37 times for 203 yards and two touchdowns this season, and he also has caught seven passes for 79 yards and another touchdown.

With Guice out, expect Adrian Peterson and Chris Thompson to take over in the backfield. Peterson recorded the Redskins’ one touchdown in the first half.