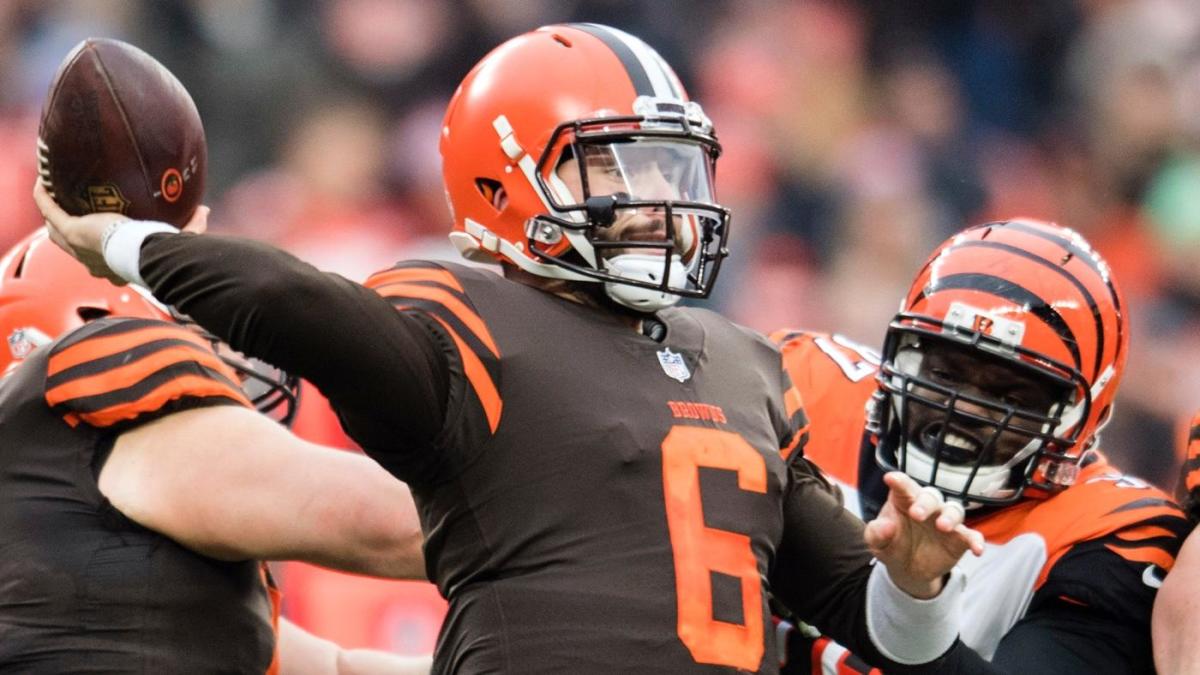 Baker Mayfield needed less than an hour to clarify his latest comments that made the rounds on social media. Mayfield had some interesting remarks regarding how the Cleveland Browns medical staff treated Odell Beckham’s sports hernia injury, which the Browns wide receiver is playing through as he reportedly needs surgery (which he will get after the season).

“I’d say it wasn’t handled right,” Mayfield said after the Browns’ win over the Cincinnati Bengals Sunday. “He’s not able to run as well as he should be able to as well as he knows, and that’s frustrating for him. You can sense somebody’s frustration and where that comes from.

“It wasn’t handled the right way in our training room. It is what it is. His … not 100 percent is still good enough for us.”

Mayfield said Beckham suffered the sports hernia injury in training camp and should have had the surgery then, implying Beckham probably would have missed the first two games. He also said Beckham “is playing through pain.”

The Browns quarterback clarified his comments, which appeared to take a shot at the Browns medical staff, on Twitter shortly after.

“My intentions were not to throw our medical staff under the bus. No I don’t know all the facts about Odell’s injury. It was emotionally answered because I can sense his frustration and I care about my team and putting us in the best position to win.

“Those people within our building know my intentions and where I am coming from. I truly believe that and I apologize to those that don’t deserve the backlash … today was a good team win. On to the next one.”

According to Jay Glazer of Fox Sports, Beckham hasn’t been trying to hide the fact that he wants out of Cleveland, which could be in correlation toward the misdiagnosis of his sports hernia injury. This comes days after the receiver gave a vague answer regarding his future in Cleveland.

“I couldn’t sit here and tell you whether I’m gonna be here, want to be here, don’t want to be here. This is exactly where I’m at now and I wouldn’t rather be anywhere else,” Beckham said. “Like I said, God has a plan. In the offseason everything will figure itself out … I just follow (God’s) lead.

“What’s the future hold? I don’t know that. I don’t know the answers for that. Right now I’m just taking it a day at a time, trying to finish the season healthy, trying to win these last four games and see what happens.”

Beckham’s 2019 problems have resulted in a disappointing season on the field, which he has just 57 catches for 805 yards and two touchdowns (14.1 yards per catch) heading into Sunday’s game. He had two catches for 39 yards on five targets in Sunday’s win.

Mayfield obviously senses Beckham’s frustration and went out of his way to defend his teammate. If Beckham does want out of Cleveland, Mayfield has to do his best to recruit him to stay … even if he has to upset some people in the building.