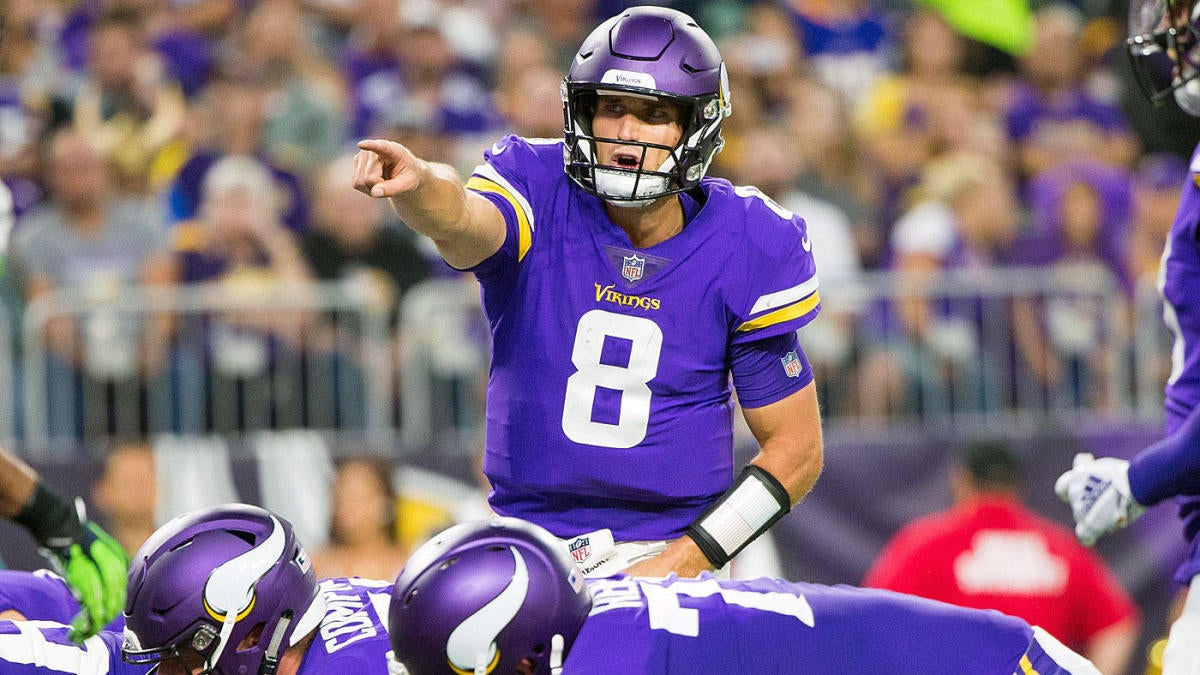 A number of potential playoff previews highlight the Week 14 NFL schedule on Sunday. Patrick Mahomes and the Kansas City Chiefs visit Tom Brady and the New England Patriots in a marquee AFC matchup. The Chiefs (+3) have won five of their last six road games, but have won just three of their last 10 meetings against the Patriots. The Saints (-2.5), meanwhile, have won nine of their last 10 games and now host a San Francisco team that has won five of its last six games on the road. Should Drew Brees and the Saints be among your top NFL picks on Sunday? And which side of the NFL odds should you back? Those are the types of questions fans will have to ask themselves before locking in their Week 14 NFL picks.

Picking NFL games has been extremely profitable if you’ve listened to CBS Sports NFL editor R.J. White. In fact, if you placed $100 on each of White’s NFL expert picks over the last two-plus seasons, you’d be up $2,400. Smart bettors tail his selections.

White has been SportsLine’s top pro football analyst, and over that span, the CBS Sports NFL editor and nationally-recognized NFL Draft expert has gone 259-212 on NFL against the spread picks. The stats guru, whose picks are coveted by fans everywhere, has also cashed huge in the world’s most prestigious handicapping tournament, the Westgate Las Vegas SuperContest, twice in the past four years.

Now, he’s back and crushing his SuperContest selections again in 2019, easily cashing with the Steelers (+2), Bengals (+2) and Seahawks (-3) last week. Head to SportsLine now to see all his NFL expert picks. This week, we can tell you White loves the Vikings (-13) at home against the Detroit Lions.

“Mike Zimmer’s squad is excellent against the spread at home, 31-15-1 since he took the reins,” White told SportsLine. “While they can fall asleep as big favorites, I think they’ll have success stopping undrafted rookie QB David Blough, who caught the Bears by surprise in the first quarter of his debut but struggled after that. Kirk Cousins and Co. rolled up 503 yards of offense and 42 points in their first game against the Lions, and that defense is still banged up. They can get to the 30s here, and that’ll be enough to cover.”

Another pick White is all over in Week 14: The 49ers (+2.5) cover the spread against the Saints in a massive NFC showdown.

“Drew Brees has faced a lot of bad defenses since his return from injury, but this is going to be his first real test,” White told SportsLine. “Unfortunately, he’s going to have to face it with an ailing offense line, not great news when you have to face this ferocious 49ers front. It’ll be on the Saints’ defense to keep them in this game, but they rank just 15th in points per drive and 20th in red zone percentage.”

So which teams should you back in Week 14? And which favorite goes down hard? Visit SportsLine now to see who you should back in Week 14, plus see which underdog is going to shock the NFL, all from the expert who keeps crushing the world’s most prestigious handicapping tournament.