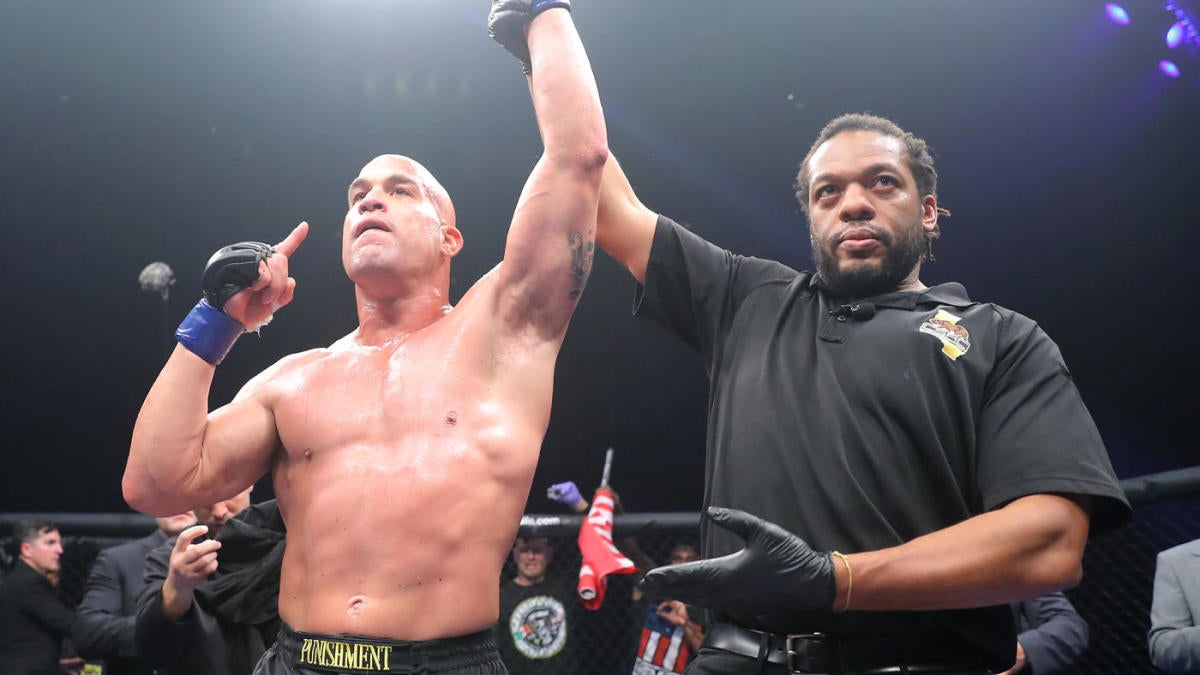 The twilight of MMA legend Tito Ortiz’s career continues to be a successful one.

Ortiz (21-12-1), a UFC Hall of Famer, improved to 5-1 since his 2014 comeback from retirement after dominating former WWE champion and MMA veteran Alberto El Patron on Saturday via first-round submission at Payne Arena in McAllen, Texas.

The 210-pound catchweight bout was billed as the biggest in Combate Americas history as the 44-year-old Ortiz made his promotional debut. It also played out just as one-sided as expected as El Patron (9-6), who wrestled under the name Alberto Del Rio in WWE, was simply never in the fight from the opening bell.

The gap in talent and experience was evident from the start as Ortiz, who entered in tremendous shape, took his opponent down at will. El Patron, who was named Combate Americas president in 2016 and was appearing in MMA for the first time since 2010, was able to survive late into the opening round due to his size and amateur wrestling pedigree although he remained on the defensive throughout.

Ortiz took his time on the ground and mixed in smart punches from top position. Eventually, El Patron was forced to give up his back. Ortiz produced a quick tap after sinking in a deep rear-naked choke that led to referee Jason Herzog to wave off the fight.

After retiring from the UFC in 2012, Ortiz returned two years later with Bellator MMA and produced a record of 3-1. His most recent appearance came with Golden Boy MMA last November when he easily knocked out 48-year-old Chuck Liddell in their trilogy bout.

El Patron, a native of Mexico whose real name is Jose Alberto Rodriguez, previously competed in MMA from 2001 to 2010 using his Mexican pro wrestling name of Dos Caras Jr. His most famous appearance came under the Pride banner in 2003 when he was violently knocked out via head kick by Mirko “Cro Cop” Filipovic while wearing a luchador mask. Although there wasn’t a traditional world title at stake for this attraction bout, El Patron agreed to give Ortiz his WWE Championship should he be defeated.