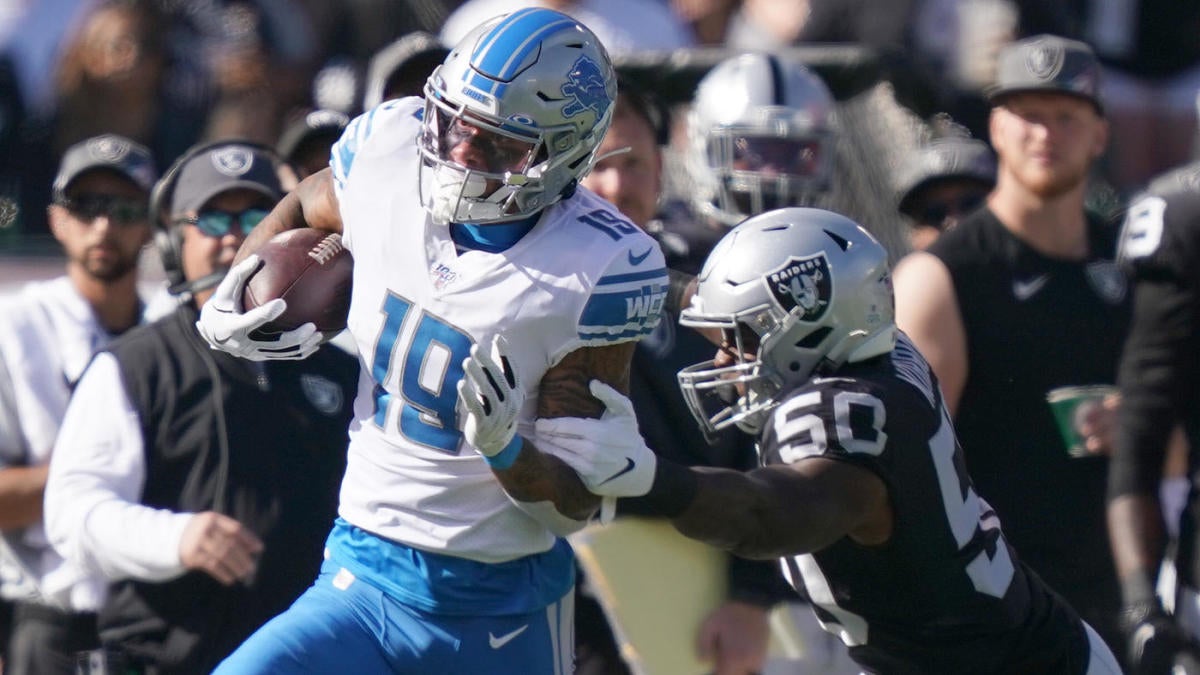 Not much has gone right for the Detroit Lions this season, except for the play of wide receiver Kenny Golladay. The 2017 third-round pick of the Lions is becoming one of the best receivers in football, tied for the league lead with nine touchdown catches despite catching passes from three different quarterbacks.

Golladay is heading into the last year of his rookie contract after the season, one in which he’s 50 yards away from his second consecutive 1,000-yard campaign. Not only is Golladay one of the best young receivers in the game, he’s second in the NFL in yards per catch (20.2), surpassing 20 yards per catch in six of the past eight games.

Golladay is getting better by the week, and a contract extension is on the horizon. The Lions’ leading receiver isn’t too concerned a deal will get done and is open toward signing an extension with the team that drafted him.

“I’ll let it take care of itself after the season,” Golladay said, via Dave Burkett of the Detroit Free Press. “I definitely feel like I’ve done my part.”

An extension is certainly warranted for Golladay, who has one year remaining on his rookie deal and has certainly outperformed the $930,000 salary he’s set to receive in 2020. Golladay is tied for sixth in the league in receiving yards (950) and is fifth in the league in yards per target (11.2). He has 47 catches for 950 yards and nine touchdowns on the season, one year after having 70 catches for 1,063 yards and five touchdowns (15.2 yards per catch).

Golladay has five 100-yard games this season, with a season-high 158 yards coming with third-string quarterback David Blough (an undrafted rookie free agent) making his first career start on Thanksgiving. Golladay is arguably the Lions’ top offensive player and soon may be one of the highest-paid receivers in the game.