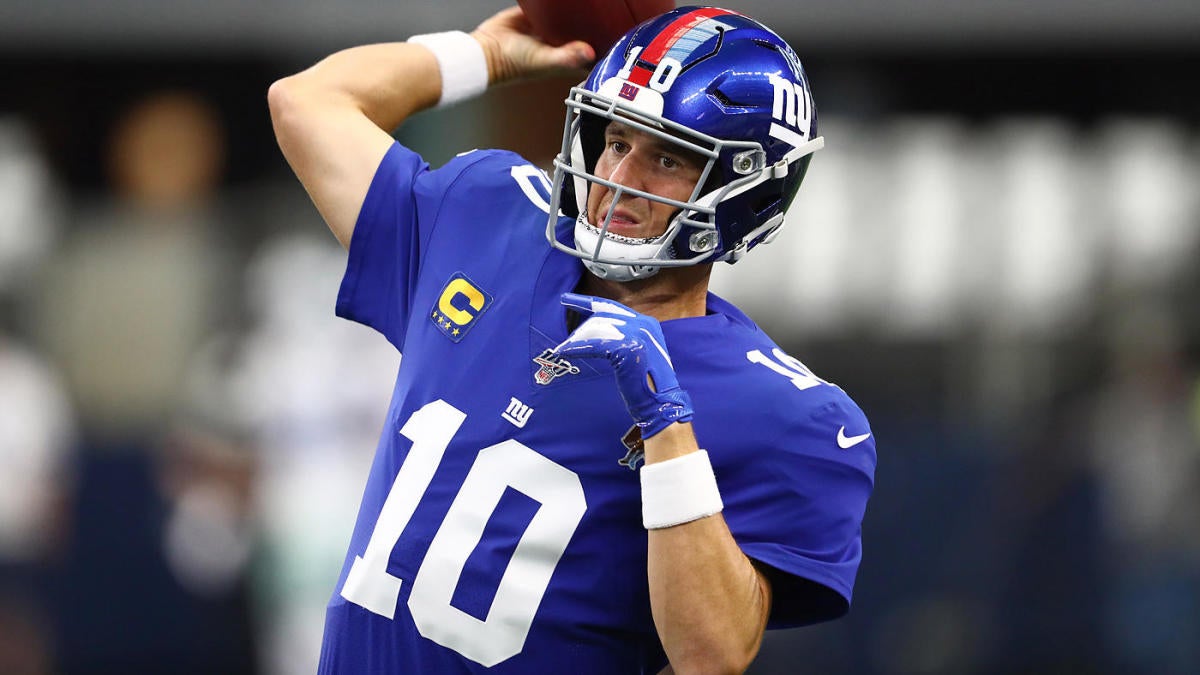 The New York Giants will be returning to a familiar face at starting quarterback this week, one that is responsible for the team winning two Super Bowl championships over the past 15 years. Eli Manning is expected to get the nod for the Giants this week as starting quarterback Daniel Jones has missed the past two practices with a high ankle sprain.

Manning, who hasn’t started a game since Week 2, was benched in favor of Jones, the team’s first-round pick in this year’s draft. Manning struggled in the Giants’ first two games before the Giants gave the starting quarterback duties to Jones, completing 62.9 percent of his passes for 556 yards, two touchdowns and two interceptions for a 78.7 passer rating. He has sat the past 10 games while Jones has played well at times, despite the Giants being mired in an eight-game losing streak.

Sitting on the bench for three months hasn’t changed anything with Manning, who has a familiar mentality the Giants have grown accustomed to for the past 15 years.

“He looks good. He’s had a good week. He always has a good look in his eye,” said Giants offensive coordinator Mike Shula, via a Giants transcript. “He’s been great for me as a coach, to be around. I’ve learned a lot from him. I look forward to watching him on Monday night.”

Monday’s game against the Philadelphia Eagles is the start of a farewell tour of sorts for the 38-year-old Manning, who is in the last year of his contract with the Giants.

The Giants offense has been rejuvenated in the 10 games Jones started, averaging 23 points per game compared to the 15.5 in Manning’s two starts. Even though Manning provides a different style of quarterback play than Jones, don’t expect many changes to the Giants playbook.

“We might not have him running the ball like we did with Daniel on the one,” Shula said. “But other than that, really nothing. Eli obviously knows our offense so well, and Daniel is really doing a good job of, even when he wasn’t playing, just of — We’ve given him probably more than we’ve given any other rookie as far as volume, putting things on his shoulders more so than other rookie quarterbacks.”

Manning has never been benched for a significant amount of time in a Giants uniform, only missing one game since he was named Giants starter in Week 11 of the 2004 season. Rust isn’t a concern. This isn’t Manning’s first rodeo.

“Obviously, he’s practiced every day. He’s gotten himself ready mentally and physically,” Shula said. “It’s just a matter of getting back out there. We’re going to be on the road, obviously, and so just the communication probably. He hasn’t done that in a while.”