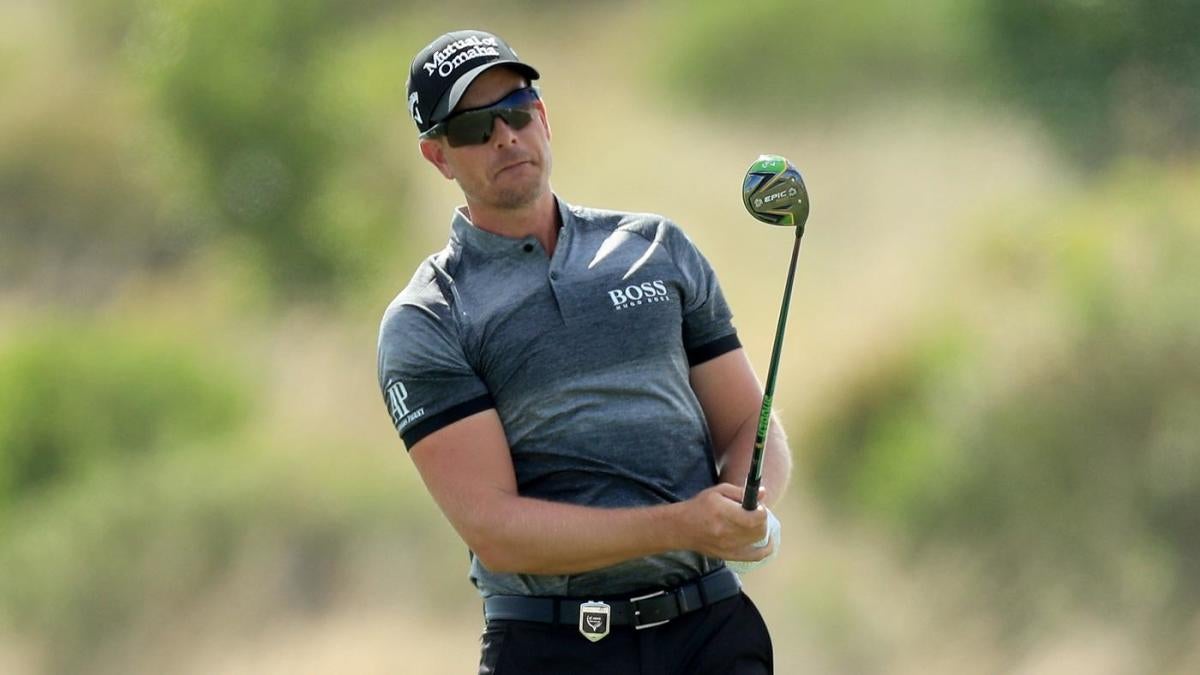 About halfway through the back nine in the final round of the Hero World Challenge on Saturday, I declared this event a three-horse race. Tiger Woods, Justin Thomas and Henrik Stenson were all jockeying for position atop the leaderboard with everyone else seemingly swimming into their wake. That was until Jon Rahm played Nos. 14-16 in 4 under (with three 3s) and took the outright lead with just a few holes to go.

Rahm was the defending champion at this event and has been probably the best or second-best player in the world over the second half of 2019. So it made sense that he would make a charge, but even this was impressive for the No. 3 player on the planet.

When the Spaniard finished par-par, one of the three horses I mentioned earlier hit the shot of the tournament (and maybe his shot of the year) on the par-5 15th. Stenson nearly made an albatross on the 15th with this unbelievable 5-wood from distance. The tap-in eagle leapfrogged him back over Rahm by one at 18 under, and he finished par-par-par for his first victory worldwide since 2017.

Rarely do single shots seem to win tournaments, but the one Stenson hit on No. 15 seemed to do just that.

“Obviously, the shot of the day was that 5-wood to a couple of inches on No. 15,” Stenson said afterward, stating the obvious. He added five other birdies and just a single bogey for the 6-under 66 and win.

Stenson started 2019 slowly, but he’s picked up the pace as the season has worn on. After three missed cuts to start 2019, Stenson played beautifully this summer at both the U.S. Open and Open Championship, and he’s been on point ever since just as he was this week.

All four of his rounds at this week’s event were in the 60s and he made just five bogeys at Albany Golf Course. But it’s an eagle that Stenson and his camp will remember for a long, long time. An eagle (and nearly one better!) that won him the last stroke-play event of 2019.

Here are the rest of our grades for the 2019 Hero World Challenge.

Patrick Reed (3rd): Forget the score, Reed’s work out of the bunker on Friday in Round 3 when he came in as the leader was not pretty. Twice he scooped sand with his wedge and improved his lie in the process. He blamed the camera angle (?) after his round, but I think the camera angle captured this one perfectly. A terrible, terrible look for him. Grade: F

Tiger Woods (4th): For a while on Saturday, it looked as if Woods was going to win his second in a row. He didn’t — because he played the 14th and 15th in 1 over (Rahm, for example, played them four strokes better) — but his outing was an unequivocal success. He’s now played two tournaments this fall, and while both were a bit off the radar and included smaller fields, only three (!) golfers have beaten him. After years of looking much older than his age, Woods has seemingly (and improbably) found some sort of fountain of youth as heads off to captain the United States Presidents Cup team and rolls into 2020. Grade: A

Rickie Fowler (9th): Playing for the first time since August, Fowler was solid. Three of his four rounds were in the 60s, and he closed with a 4-under 68 on Sunday as a send-off from himself to the Presidents Cup, where he is a captain’s pick. His chances of winning this week were upended by a so-so 72 on Friday in Round 3, but given the layoff and whatever pressure will be on him next week, Fowler was solid throughout his time in the Bahamas. Grade: B

Jordan Spieth (16th): There are very things I care about less than I care about how your golf game is three weeks before Christmas, unless your name is Jordan Spieth and you’ve been grinding for over a year now. Spieth shot just one round in the 60s this week, and made both a seven and a six on the par-4 18th hole. I watched the triple-bogey seven on Wednesday, and it was tough to stomach. Spieth is clearly pressing in spots he didn’t used to press in and trying to take five steps forward when one would suffice. Hopefully — I feel like we’ve been saying this for 20 months now — he figures it out soon. Grade: C-

CBS Sports was with you the entire way updating this story with the latest scores, analysis and highlights from Round 4 of the 2019 Hero World Challenge. If you are unable to view the updates below, please click here.